- September 21, 2012
There are a lot of things about life I don't understand. I don't know why a crucifix dipped in the artist, Andres Seranno's urine can be displayed in an art gallery with our tax dollars funding it while the U.S. defends the Muslims for killing our ambassador over a horrible b-grade movie on Youtube that mocked their god.  Aren't we a "Christian" nation? Why aren't we rallying and burning their flags? Why is our country "a Christian country" anyway? Aren't we a melting pot? Guess not. But what makes one religion more protective over another? Is it more important? Isn't any "god" worshipped a priority? Or, is it just that some people are just absolutely batshit crazy? How come those crazy Christian extremists who want all homosexuals killed in the name of god not picketing outside of the art gallery where their own Christ is dipped in urine? I guess the homos are to blame as they continue to blame everything, even 9/11 on the homosexuals. Makes a whole lotta' sense.

If I really dwell on what 'may' be going on with our government and all the conspiracy theories buzzing through every cable line and every mouth of a psycho-crazed bomb shelter building doomsday prepper, you have to really wonder what's real and what's "hidden" to the public. I can see how it can drive some people absolutely insane. For instance, if these conspiracy theories were false, then why did the show called, "Conspiracy Theory With Jesse Ventura" get canceled? The government said that it gave the viewers a skewed image of the country. ...Did it? I remember an episode where they were talking about when and (if) we ever come into a real catastrophe like a nuclear fallout, terrorism attacks or even something self-provoked (for whatever reason), that they would pump antipsychotics into our water to reduce mass panic or even to control our minds. It does make sense though. T. Boone Pickens scattered up the most important natural resource: water. He invested in all the water plants of Nestle Corporation. Why doesn't the government regulate what's put into bottled water? Kind of makes you wonder. 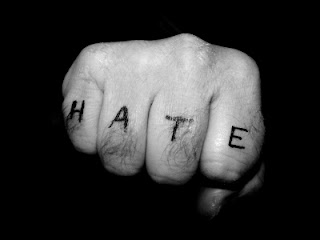 I don't understand hate crimes. How can someone beat or kill someone over color, race or sexual orientation? I've always came to the conclusion that homophobes who committed hate crimes were people who were either secretly gay or somehow threatened by their own sexuality. But then you have to consider those who commit hate crimes against different races. Do they secretly want to be 'that race'? Is it how we're raised? Like Pit Bulls -- they say if they were raised to fight, they're going to fight to kill, but if they are raised in a loving family, they should be docile and like any other breed. Or is it in our genetics? Are we born to hate other people or is it some seed that was planted years ago to instill the "go get em'" mindset? I also don't understand why black people are calling each other the "N" word. And what's much more alarming is, people of hispanic decent are calling one another as well as black people the "N" word too, without any  repercussions. It's like calling someone, "brotha". Martin Luther King's turning in his grave right now hearing his youth call each other something they've been struggling with for years. It makes no sense.