I Love God...It's His Fan Club I Can't Stand 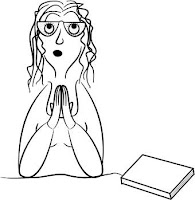 Some might disagree with this, but I am not anti-atheist - I just have so many questions in my mind about the feeling of not believing in anything, or for a lack of better terms, the feeling of having scientific proof tell you that there is no god. Here's why I'm so inquisitive... I'm not trying to 'poke' anyone or provoke ill feelings, but for me, if I somehow found out that there was no god, no heaven and no afterlife whatsoever, I would have nothing to live for, because I have nothing to die for. (Hope that makes sense.) My entire life, from morning till evening is dedicating my life, my heart to God and relying on Him to make me "okay". For instance, in the morning while I'm cleaning up and making my bed before work, I pray. I talk to God as if He was right there in person, and to me, He is. I set a time in the morning to sit outside and pray. It rejuvenates me even more than my favorite coffee. When I don't talk to God and miss a day - it's a usually a 'dragging ass' type of day where I'm just off kilter and not feeling well. Strange how it works. I'm not a saint, I am not your typical "good Christian girl" or try to be holier than thou - I just love my communication and relationship with God. That's all. So when someone tells me, "I have no belief in God whatsoever," I feel bad (not to be confused with pitying them), I just think how much more exciting life would be to know that there is something out there: someone, a deity, an afterlife, or even if they believe in reincarnation. To think that when our lives end, it fades to black is just such a hopeless feeling for me. Why am I here?

As some of my readers know, I love picking the brain of Snowbrush. I love reading every post he writes, and he has some fascinating views that I just can't stop inquiring about. Also, if I didn't ask him so many questions, that would mean generally I thought his blog was boring - and it's far from it. It's really intriguing and I apologize to him if my questions are just overwhelming, but but but... He mentioned that he was 95% atheist. My millionth question would be, doesn't that leftover 5% gnaw at you day in and day out?  The 5% that says, "I might be wrong" -- or even a fraction of a percent that still wonders must be torture. I know it's a low percentage, but for me, if I had 5% of 'what if' -- it would feel like 105%.

I find myself disagreeing with many people who pray to the same god I do. For instance there was this couple at our church a while back. I've written about them before, so I apologize for the repeat story - I'll try to cut it down into cliff notes. --Two lesbians who were together for over 20 years attended the same church we did. The church put them into a "lesbian ministry" to ~pray the gay away~. When someone told me, "Deb, there's a gay and lesbian ministry here," I instantly got excited and thought they had some special program for us - not to discourage us from our lifestyle, but to enhance our experience at the church. Not quite. The couple who got sucked into this ministry still lived together but practiced celibacy. They were living for God but didn't "practice" homosexuality any longer. When the one lady got up on stage to share her testimony, she. lost. it. Tears were pouring out and she couldn't stop sobbing. My first reaction was to tell her, "Stop! You're torturing yourself in order to please the members of the church!" They still called themselves "lesbians", but celibate ones. It was so strange I couldn't even imagine the negative emotions that went into denying a genuine love for another person due to what others believed. Whenever they threw a scripture about how homosexuality was a sin at me, I pointed out the flaws: Leviticus: old law - abolished when Jesus died. If you make homosexuality a sin till this day with only that scripture alone, you better not be planning a lobster dinner or clam bake. All the other references are out of promiscuity and lust -- for all hetero and homo relationships. 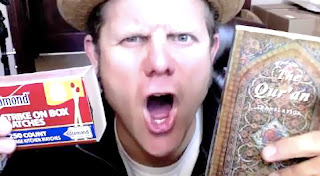 Religion does funny things to people. It makes them bitter. It makes them hate. It makes them kill in the name of god and it can destroy families quicker than anything. "Religion" to me is a bad word. I cringe whenever I hear it.  It makes some radicals burn the "holy bible" of different religions. It has caused so many wars among countries, and wars among family and friends. How then can it be a good thing? Odd as this sounds, I hate telling people that I'm Christian because they automatically pull back thinking I'm one of those radical holy rolling bible thumpers. My origin in Christianity but my relationship with God is a unique one and all my own. Although I wrote about this before -- at my father's funeral service, an old friend had asked me, "What religion did you convert to since you're gay and all?" It's that type of mindset that makes me want to separate from God's fan club and just have a personal relationship with God alone, instead of trying to please everyone or somehow hiding my true self to those who claim to be Christian. My experience alone with religion could have made me pull back and become an atheist. But God's presence in my life is much too strong. It's like telling me, "Madelene (my wife) doesn't live with you" -- and yet here she is.

Some would call it insanity talking to a "god" that doesn't appear in a third dimensional realm, while others see it as completely normal and routine. I'd rather be known to be insane than to risk the chance of not knowing God or having this incredible 'energy' I feel when I communicate with Him. I'll put it to you this way: I'd much rather believe than to take the chance of ignoring this incredible force that pulls me closer to God and risk my afterlife with Him. I only have proof through the Spirit, which brings me to a great scripture: "God has actually given us his Spirit (not the world's spirit) so we can know the wonderful things God has freely given us. When we tell you this, we do not use words of human wisdom. We speak words given to us by the Spirit, using the Sprit's words to explain spiritual truths. But people who aren't Christians can't understand these truths from God's Spirit. It all sounds foolish to them because only those who have the Spirit can understand what the Spirit means. We who have the Spirit understand these things, but others can't understand us at all. How could they? For, 'Who can know what the Lord is thinking? Who can give him counsel?' But we can understand these things, for we have the mind of Christ." ~1 Corinthians 2:12-16 ---- And it rings so true because so many nonbelievers think "religious" or spiritual people are just foolish or crazy - and yet some of them actually believe in ghosts. So you believe in ghosts but you find it hard to believe there is a deity or afterlife?  Sometimes it just doesn't make sense to me. Still questioning...

For more of Deb's articles, please visit: www.debrapasquella.com or join her on Facebook and Twitter.
atheism Christianity faith gay and lesbian gay ministry ghosts homosexuality is there a God pray the gay away spirits supernatural