Crazy insane madness between the Christmas shopping and STILL a bit sick, I've been neglecting my blog. I just wanted to wish everyone Happy Holidays! I'll be back on track after January. For now, a little clip I had taken from the deck of my apartment. Santa Claus came to town! (Of course, without gifts and in a plow truck...) 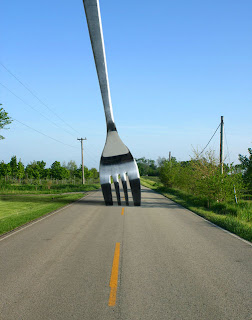 There’s always a pivotal moment in someone’s life when they finally realize the learning experience from all the bullshit they’ve been through. It’s like an epiphany of insane and enlightening thoughts being tossed into a blender that was once referred to as, “their mind”. Shortly after any negative experience you may encounter, such as a breakup, a heated argument or why someone did the most asinine thing - you go into “stupidity mode”, ie: “Why did this happen?” “What did I do?” “Why, why why?” Then there are the closure whores who need every fricken thing under the sun closed like a used car sale. I used to be that way, but thankfully, with many mistakes I have made in the past, and through other people’s mistakes as well, I have finally learned the reason to people’s madnesses, (or maybe just a select few), and of course my own.

Think about it - the seven deadly sins (not getting all high & mighty & holy rollin’ on you), but these things are valid in our lives. Pride, envy, gluttony, lust, anger, greed and sloth are all semi-related to people’s behaviors.

First, take pride. Nobody wants to apologize or admit to their wrongs. Their “pride” will be at stake and they’ll feel vulnerable. Pride makes a person believe they are superior: why should they beg for forgiveness or even state that they may have done something wrong when they “think” that they haven’t? “Off with their heads”, the Queen said. And that’s exactly how they think of themselves---as “The Queen”. Someone please kick the goddam pedestal out from under their feet?

Envy: These are the desires for others’ traits, statuses, abilities or situations. If someone envies the way you live or covets anything you have in your possession, chances are, the friendship/relationship you have with them may be a false one. It may have been a motive just to get to where you are, to be who you are, or to have what you posess. Think about your past relationships that didn’t work out. What was the one thing they seemed to have had their eye on?

Gluttony: Hrmm, not sure if this can apply to relationships, however if someone eats you out of house and home and drinks all your vodka, kick them out ASAP!

Lust: Oh this is my favorite one! We get so caught up in it sometimes that we occasionally confuse this one with “love”. People often do it and then realize the initial reason of going into the relationship was because the sex was mind-blowing. Oh yeah, he/she had an “okay” personality. Pfffbt.

Greed: “I want, I want I want”, is all you hear from this person. They get what they want and they don’t stop at just that. If you’re someone who has a bit more coins than they do, and find yourself signing the tab after a good meal at a restaurant each and every time, make a mental note of it. You don’t even have to be rich in order to be used. I have had this happen to me twice in my life and never forgot it, however I never regretted it either. A gift is a gift and that’s that... Learn from it and then move on.

Sloth: This possibly can pertain to relationships, the typical meaning is: “habitual disinclination to exertion; indolence; laziness”, however in the religious terms, it points out the avoidance of physical or spiritual work. I had dated someone who wasn’t spiritual at all and it brought me down to the point of depression. We all need people who can edify us in some way or another - and that is a huge thing for me, which is why my wife and I have been together for so long in my opinion. I had someone pretend to be spiritual in order to get “closer” to me, but I would have preferred them to be “real” and honest about who they really were, not someone they tried to be or, pretended to be.

This morning, I heard someone say, “There are three sides of a story--the two people involved and the truth.” I couldn’t agree with that more. I remember my wife coming home and talking about her good friend and how she is going through a bit of turbulence in her relationship. Now don’t get me wrong, I really like this friend, however I never fully go by the story I hear, because I know that there is a silent rebuttal from the other person’s perspective. Listen to two people arguing: “What? I never said that! How can you say that?” It’s constant disagreements. You can’t take sides no matter how badly you want to be friends with them. Just stay out of it. The truth is revealed through the eyes of God, through the eyes of the past, present and future. The truth comes out eventually, when all efforts to distort the person’s character have been exhausted.

I have recently encountered this - where the truth came out and people’s eyes opened up to a new look at a situation that had been going on for over two years. It’s funny when someone lies often enough, chances are, they believe their own lies and it does become “truth” for them. It’s even that much harder when the person who is lying is very believable, even producing enough crocodile tears to overflow a dam.

Sometimes you just have to let nature take its course and let the truth come out on its own. Remain silent and wait. Patience is definitely a virtue.
This, I have learned...
at December 12, 2009 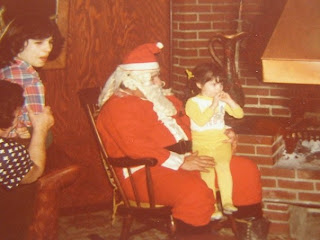 (Yes, that is my dad playing Santa Claus and me in yellow feet pajamas.)

During the holidays people can become sad, overwhelmed and cranky. I don’t exclude myself from that sentence either. There are more suicides, family arguments and extreme depression and anxiety. Especially this time of year, people usually think about lost loved ones and people who they have lost touch with throughout their lives. A whole medley of chaotic thoughts get rustled into a mess of psychological bullshit. It happens to the best of us, sane or insane.  It was so much different when we were kids.

Being that this is the most “expensive” time of the year, we tend to look through our archives of achievements or, sometimes, the thought of the lack thereof. It makes you wish that the holidays weren’t so gift-based, as it should be united-based. As we grow older, we morph into different characters, sometimes involving impassiveness towards our own family members and close friends at times. It happens. Personalities, lifestyles and the people who surround us sometimes clash, leaving a gap in between what was once left as a “whole”.

It’s those types of things that get to me more than physical trauma. As you all can probably see, I can laugh through weird physical traumas, health issues and mishaps, but when it comes to the breaking of a relationship, whether it be friendship or familial, emotional pain is much worse than physical pain, in my opinion. A physical wound can heal in a few days, sometimes leaving a scar. An emotional wound heals slower, and when it does scar, we sometimes tend to pick at it, reopening that wound up again. That’s why the holidays can be so devastating for so many.

I know, a total 'Debbie Downer' post, but I guess I felt the need to write this out since I have lost a family member of my own who was close to me due to unfortunate circumstances. I have lost her as a friend and now, as my own sister. All I can do is pray that she is well, that she is happy and content in everything she does. She was my best friend my entire life, besides being a sibling. With that, I have said my peace and I am ready to let go and let God take over the rest. 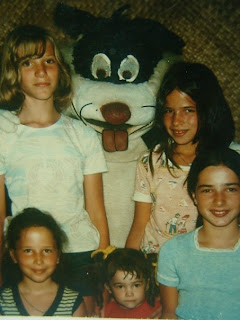 Just a little vlog to update you on my "issues", as well as torment Madelene in the process. She asked not to be on film, but I had to get a few sneak shots in regardless. I've become a mean old woman.

First Snowfall of the Year 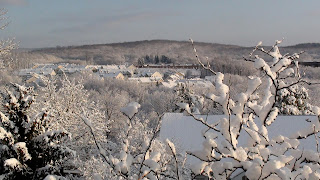 Since I cannot type well due to my injured finger and this huge bandage, I figured I'd show you a video of the first snowfall here in New York. The photo above is what we woke up to. (Wow that took forever to type with two fingers!) 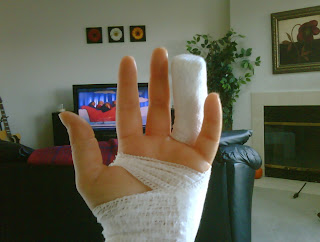 I am typing with two fingers right now because I had an accident. Last night when I came home, I started to prepare dinner. I started chopping onions when I realized the power of my knife, which ultimately left me with 4 1/2 fingers. They reattached my finger and it will heal thank God. For now, blogging will be limited for me. If anyone wants to watch the video of what I would like for Christmas, I'll give you my address if you want to send it to me.