Showing posts from November, 2011
Show all

The Dangers Behind WiFi

About four years ago when my wife and I moved into our condo which was located in a very populated area, we thought one thing: convenience. We loved the fact that we could grab something down the street, or in case of an emergency like a snowstorm, we were easily accessible. That really made me sleep better at night, but then again, Madelene and I both found that we had a lot of problems sleeping. I couldn’t put my finger on it. Our condo was really cozy and we had everything we needed. We weren’t in a bad section and we felt very safe. So why weren’t we both sleeping well? I went on the internet and Googled topics about insomnia. We all know stress is a contributor - who doesn’t have stress? This was different though. I could be at my most relaxed state of mind, yet my eyes wouldn’t seem to close. Then I came across a news article that explained how cell phones contribute to sleep disturbance, if left on your nightstand. So, I began to turn my cell phone off at night. It seemed to hel
Read more 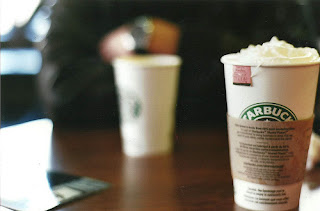 A while ago I had written a post about a girl who bumped into an old friend in a cafe where I was having coffee. I overheard them trying to catch up while waiting on the long line for their lattes. The one girl looks down at the other woman’s belly and says, “So when are you due?” There was an immediate silence, and then, “I’m not.” Innocent mistake perhaps, but it makes you wonder how many times we have all made that little ‘oops’ before. Obviously, she wasn’t expecting. She had put on weight and embarrassed her friend pointing this out in a not so subtle manner, yet an innocent one. Women are sensitive, vain, insecure, emotional. When do we reel it in when it comes to noticing something on a physical basis? Even if you see your friend has lost a lot of weight, the worst thing in the world in my opinion is to yell out, “Wow, you lost so much weight!” In other words, “Wow, you were so damn fat before!” A similar thing happened over at the same cafe the other morning. Two friends were o
Read more 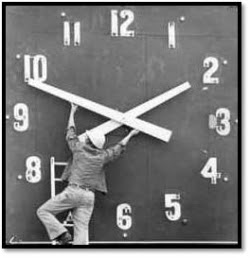 Life is so strange, isn’t it? Life is so short and sometimes way too long. We’re told to live our lives as though it were our last, as if we’d all go out and start bungee jumping off a random cliff somewhere. Fact is, most of us would be home eating our favorite meal, drinking our favorite cocktails along with our favorite people. Nothing more, nothing less. Some would definitely be a bit more adventurous, so I guess I can only talk about myself and those I know who would do the same. I know for myself, if I were to ever win the lotto, it would be to buy “time” - buy more time with my wife, buy more time with my family and loved ones. But how much time do we really have? I see a lot of my Christian friends writing on Facebook about the “time” is near - that Jesus is coming back. Some say they know when, but in the Bible, it clearly states that no one knows the day nor hour. They base theirs solely on Revelations. Yes, it gives clues but why ignore the other scripture? Why are we so con
Read more 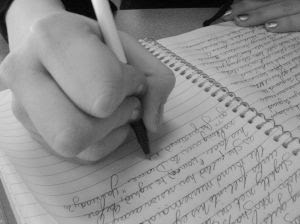 For the life of me I cannot remember the title of the movie I was watching last night, but it was about this young girl who was an aspiring writer during the great depression. She lived with her family in an urban part of Canada, until she started coming down with a terrible cough, which led the family to believe it was tuberculosis. They sent her off to live with her aunt up in a rural part of the area to get some fresh air. Her aunt lived alone, lived off the land and relied on nobody. She was strong, strict, hardworking and brave. The girl eventually got better due to her aunt’s care, but while she was there, she revealed that she has always wanted to be a writer. The aunt encouraged her and said, “Tell your story. Every story has a beginning, a middle and an ending.” So when the girl got better, she wrote a story about “The bravest man I’ve ever known was a woman” (her aunt) and wrote about how fearless her aunt was to live alone, get her own food and to live out her dream. She won
Read more

So Tell Me, Who Holds Your Strings? 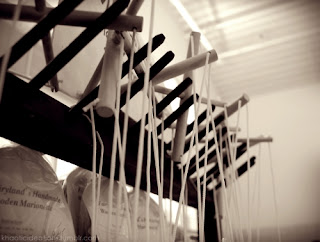 The one thing (among many things) I don’t understand, is why people try to control the person they’re with. They try to dress them a certain way, act a certain way, dictate their life as well as try to mold them into their own clone. If you met them that way, and you decided to date them, why change them? The worst thing in the world is to feel as though you can’t be yourself, dress the way you want or say what you feel to anyone you’d like. So why be with somebody who makes you feel so imprisoned? I love the fact that my wife allows me to be...’me’. She never tells me “you can’t do or say that” - she has discretion on what’s best for me, but never tries to dull my inspiration or goals. She supports me 100%. She has never tried to change my style, or tell me to wear my hair like ‘this’, or any of those types of suggestions just to please her ego. She doesn’t want control. She wants love. There’s a huge difference between control and love. When you truly love someone for who they are, y
Read more 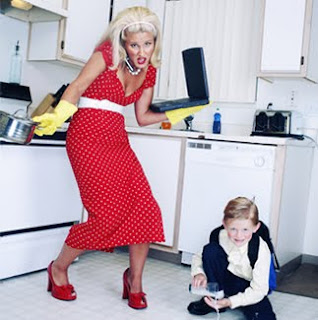 I sn’t it strange how all of us are so close to death? Whether we believe it or not, we’re all vulnerable. No one is immune to it. What a “Debbie Downer” - who wants to think about that kind of stuff? We all want to think about living life and fulfilling dreams, but the reality of it is: it can happen - to anyone at any given moment. It’s strange, because the other day I was reading the bible, and in Ecclesiastes, it said to drink a glass of wine and enjoy life - to enjoy your lot in life. In proverbs, it mentions that the person who never thinks about death is a fool. Strange, right? I guess it can be interpreted as something else, perhaps ‘don’t take things for granted’ type of meaning, but I’ve found similar contradictions stating opposing messages. I think Proverbs has it right in some aspect, because we’re here for such a short time. Time flies and life gets busy. We’re too busy to visit our parents, our grandparents, our siblings, our friends - we’re too busy to enjoy life, peri
Read more

Is there any light at the end of the tunnel once you’ve broken up with someone you love? Have you ever sat up in your bed with a million tissues crumpled up all around you, asking the gods, “Why?” You start to realize the entire weekend passed you by and then notice you’re still in the same pajamas you slipped on Friday night after work. You glance over at the phone, stare at it, hoping it’ll ring by some sort of mental telepathy you're throwing at it. It just sits in silence. You check your iPhone, your Blackberry to see if there are any “messages waiting” on any media. ...Nothing. Your heart sinks. Your eyes well up. And there you go again, the 1,285.678.325th crying session so far this weekend. The saddest part about this is, even your friends aren’t calling because they’re just too scared of this sensitive situation. They don’t want to say the wrong thing or slip up and remind you of anything in fear of you losing it in front of them. It’s tricky. The thing is: you need to be
Read more

Life can be very challenging and each day comes a new obstacle; a different cross to bear and overcome ...or not. It’s your choice. When I get extremely overwhelmed, the only thing that can possibly save me is laughter. Even when I get depressed, the only thing that can snap me out of it is laughter. It doesn’t matter how it comes, it just needs to arrive asap. Have you ever been in a lull in your life or just a phase where everything is ‘eh’, and you craved that uncontrollable laughter - the case of the giggles can’t come quick enough? You just need that fix...? Somewhat years ago when I was going through a breakup, I started going to comedy clubs, even did a little stand up myself, but eventually started becoming friends with the people who made me laugh the most. It was just instant chemistry. I then started getting into writing material for a select few which is still quite rewarding. It’s another side of my writing that I rarely show on this blog. During that time, the people who
Read more
More posts