Life can be very challenging and each day comes a new obstacle; a different cross to bear and overcome...or not. It’s your choice. When I get extremely overwhelmed, the only thing that can possibly save me is laughter. Even when I get depressed, the only thing that can snap me out of it is laughter. It doesn’t matter how it comes, it just needs to arrive asap. Have you ever been in a lull in your life or just a phase where everything is ‘eh’, and you craved that uncontrollable laughter - the case of the giggles can’t come quick enough? You just need that fix...? Somewhat years ago when I was going through a breakup, I started going to comedy clubs, even did a little stand up myself, but eventually started becoming friends with the people who made me laugh the most. It was just instant chemistry. I then started getting into writing material for a select few which is still quite rewarding. It’s another side of my writing that I rarely show on this blog. During that time, the people who I had met through comedy were the very ones that brought me out of my funk. 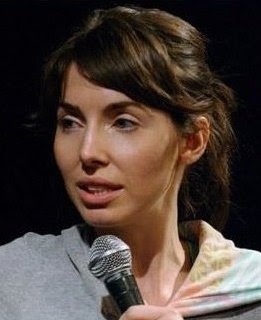 This morning when I returned home from the gym (which by the way is another method of releasing a bit of angst), I turned on the TV and saw Whitney Cummings on The View. From a struggling comedian, she has accomplished so much and now doing her own sitcom. But that’s not why I’m bringing her up. She was talking about a breakup she had where she found out her ex-boyfriend was cheating on her. She saw emails and photos of girls that he was seeing which ultimately tore her up emotionally. She said she was crying and crying and crying... She then went to see Sherri Shepherd’s comedy show to which she found herself laughing hysterically over. She went back stage crying out of joy as well as purging all of these overwhelming emotions and said to Sherri, “Thank you so much for this, you don’t know what you’ve done.” Sherri gave her a huge hug and told her she’d get through this. And that’s just it - I don’t think most comedians truly know how important their work is. In some cases, you might just be saving a life by making somebody laugh. The endorphins that are released is just better than any drug available. It’s the best medicine. 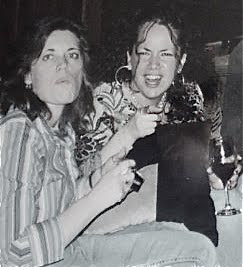 Friends can do that too. I remember one night, my friend Lisa and I were just coming home from a night of going out. We had a great time and then all of the sudden, I was on the floor in my bedroom crying my eyes out over a breakup. Lisa came and sat down right besides me on the floor and just held me as I rocked back and forth sobbing. After a few minutes, she looked at me and said something so randomly silly that I started laughing through my tears. I’ll never forget that as long as I live. My friend saved me quite a few times and especially when we took a trip to Provicetown, even just a look would send me into a spiral of uncontrollable laughter. At one point, we laughed so hard that it gave both of us a panic attack! That’s one type of panic attack I don’t mind getting. But my point is, my friend saved me from myself, from my overwhelming emotions through laughter and just being there as a true friend. I can honestly say that I cannot count how many times we have laughed like that - the type of laughter that is contagious to anyone who hears it. 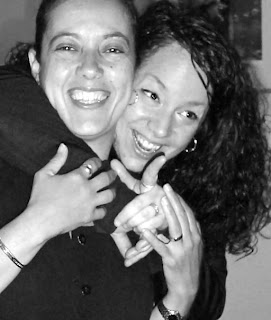 My wife knows where my ‘silly button’ is. She’ll make me laugh if she sees that I’m upset about something or having an anxiety attack. Her method is making fun of me - not in a mean way, but pointing out the silliness in my little (perhaps annoying) habits. The way she does it is so funny, that I am laughing so hard where I cannot breathe! I have to literally walk out of the room screaming with laughter, fanning myself. She doesn’t stop until I start yelling, “STOP!!!” But instantly, I forget about my anxiety and it helps me sleep better. At times, we’ll both wake up at 3am for some odd reason. We call it the “3am crazies”. She’ll start making fun of me and there we go again, laughing our asses off until we can hardly breathe. I know when she’s genuinely laughing and can’t stop is when she starts screaming out, “Ow! Ow! Ow!” - as if she’s in extreme pain. It’s so funny. My mother always said that if you can’t laugh with the person you marry, you'll never be happy. It’s so true. People who don’t typically laugh or find humor in things are usually very depressing to be around. Some people call it “mature” - I call it B*O*R*I*N*G. If she’s sleeping and I need a dose of laughter, I’ll hop onto Youtube and find stand up comedy routines or just

funny videos that'll make me laugh. I’m serious when I say laughter can really save your life if you’re in a deep depression. Just surround yourself with positive and upbeat people and get rid of all the toxic and negative people in your life.

For more of Deb's articles, please visit: www.debrapasquella.com
at November 04, 2011