Being At One ~ Being At Peace 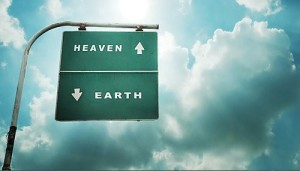 There's a certain connection with everyone, from every walks of life, male, female, varied religious views, race, background, etc., etc. And while we're all so different in so many ways, we're all so connected to that big mysterious 'ending' we all are on the path to. Is it an ending, or is it a new beginning on a better path? Philosophers and religious people can believe and rant all they want about how the ending truly ends, but what really happens when we die?  Where do we go? Do we all meet again, and what will our next path after that be -- or is that our final destination? As a Christian, I do believe we go back to a 'oneness' to which they call heaven. I have no clue 'how it is' or what it's like up in "heaven" -- I just know that it's a resting place - a place with no physical exertion or emotional torture or even sadness. And as a firm believer in God, I still have many questions left for Him. For me to say, "well this is this and that's that" would be ignorant and assumptive just because we've heard of "paradise", it does not mean it's going to be like that.  God promised He'd have a room prepared for us in his house up in heaven - to which that can be interpreted in so many ways. Is it a real modern looking everyday 'earthly' house? Or is it something that humans would never comprehend? Science will never prove anything otherwise. We only rely on faith, and who can argue with what one believes in? 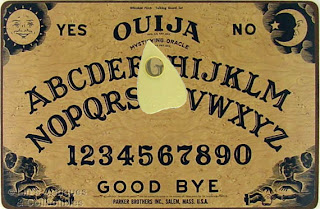 Getting back to that big connection that everyone has with one another, there is always something in common with someone who is completely different than you. Sometimes it's past history, similar life events that have taken place or perhaps just emotional ties where you feel the same way about something in particular. As I was sitting at the bar having lunch with Madelene yesterday afternoon, a woman from a completely different walk of life than us started talking about her life and what she had been through. For whatever reason, we seem to draw people in who need extensive therapy. (Don't we all...?)  And while listening to her woes, I finally saw the connection: missing a loved one. "But where isss heeeee?" she asked, crying her eyes out, while speaking about her son who had recently committed suicide, leaving behind his wife and daughter. She had gone to psychic mediums and all sorts of ~alternative~ methods to contact her deceased loved one. Odd as it sounds, before we walked into the bar, I asked Mad, "Would you ever go to a psychic medium to see how your dad or poppy is doing?" She said firmly, "Deb, we don't believe in that. Remember, any spirit can tap in pretending to be them, especially on a Ouija board." She was right and she knew where I was heading with that. I guess I had a weak moment. But, getting back to this lady who unleashed all of her sadness on us -- she was questioning the same as I was, and yet we all had one thing in common: faith in God. So why would we worry about where they are? Aren't we content that they're with God right now and being taken care of? 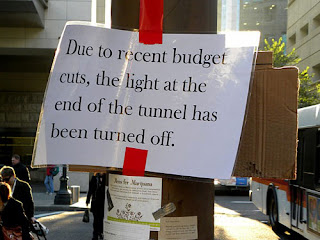 The point is, regardless of how much faith you have in God, there will always be unanswered questions. Faith is a huge step in believing 'this way'. But still, faith without the scientific proof still can be faulty and yes, some people like myself have those weak moments where we just want that little itsy bitsy tiny truth that lets us know they're well and doing much better than ever. Then I think, how can we be true faithful Christians if we still have questions, regardless of what the Bible may tell us. And even so, the Bible can be very vague and 'fairy tale-ish', as far as what happens when we pass on. Yes, we'll be with God in heaven - but not all go to heaven as far as the Bible's concerned. Then you have a ton of reports about near death experiences where someone dies momentarily and then sees that big bright light where deceased relatives are greeting them at 'the door'... And most of these stories are very similar. But no one has ever said, "I saw God!" ...Not to my knowledge anyway. They only saw their relatives. I have questions about that. As I connected with this woman at the bar, I rarely spoke about my own grief, just because she was hysterically crying, trying to compose herself the best she could. "A mother isn't supposed to bury her child!" she kept saying as she banged her fist on the bar. I can't even imagine. Then she said she felt guilty for telling her son before he died, "How could you be so selfish to even think about suicide and leaving your daughter without a father?"  I quickly chimed in and told her that was her way of saying, "Please don't leave." 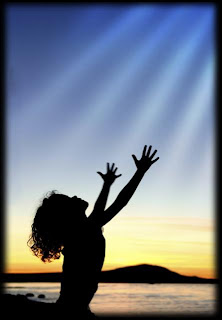 Guilt is an awful emotion that plagues many of us, especially when we don't get to apologize or forgive the person who is now gone. It sticks with us for a long time, if not forever. She has this gnawing sense of guilt that she is struggling with even more than the passing itself. All these raw emotions and a huge loss in her life had her sucking down more than five Sambucas in a row. She was self-medicating and ironic as this sounds, has a wellness center for healing other people. "Isn't that funny? I own a wellness center and yet I'm a wreck!" I reassured her that being human and having these emotions is something we all go through. It's what makes her relate to people more on a more intimate level. What -- so you have a wellness center - so you can't help others? You may be able to help others through your own pain and heal yourself at the same time. It's the same concept as someone being an AA director without having the experience of having been through a an alcohol addiction. You just can't relate if you haven't been there. And that's where our connection with the world resides on: relating on this journey called life. We all have questions, whether we admit to it or not. If you don't have questions about where you'll go after your die or you are completely confident that you'll be meshing into the soil and that's it --- your mind will still wander over about different beliefs. It's only human. 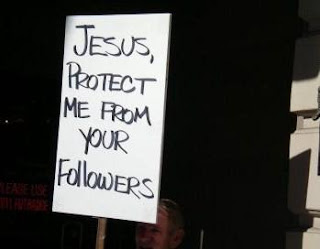 I do believe there are times where "faithful Christians" will have a standard belief system and no room for any other beliefs. THIS IS HOW IT IS AND THAT'S THAT. No questions asked, no wonderings about anything other than the written 'vague' word of where we'll be when we die. When it's that hardcore and no room for interpretation or different views, many can sway and even convert to atheism or agnosticism. My question is: when someone of a particular set religion turns to atheism, do they still have questions about the afterlife? And do they still think about God and if there really was a God? Or is there atheism all about rejecting God's followers? (Which would make a heap of sense since most of them are so self-righteous and judgmental.) And even with a lack of belief, or full-fledged belief of "GOD" and religion itself, we all have a connection of wonder that leaves us ....as one. At least, this is what I believe.

What do you believe?

For more of Deb's articles, please visit: www.debrapasquella.com or join her on Facebook.
afterlife atheism being at one being at peace Christianity Ouija board paradise religion seeing deceased loved ones