A Work in Progress

While driving to the store with my mother the other day, we were talking about life in general and how different we become every ten years or so. She asked, "Do you notice how different we change every ten years?" I never really thought about it until I quickly reviewed my life in a matter of five seconds. Ten years ago I was a hot mess. Madelene and I had separated for a while to sort things out and I headed into a downward spiral of depression, which resulted in many alcohol binges. I had developed a lot of toxic relationships, friendship-wise as well as intimately. I didn't like myself very much...or at all. Ten years before that chaotic period, I was trying to pursue a career and landed some great jobs as a temp. It finally led me to IBM where I worked in finance, dressed like a stuffed shirt and traveled a few times (hate traveling) with my co-workers to other branches for senseless one hour meetings scattered throughout the day. Nothing like mud coffee, beige sheets and sharing a room with your annoying female boss at a Best Western. I hated it, but it was the only way I could make something of myself - to make money - to say, "Yes, I work for IBM", to which most of my friends were surprised at because ten years before that, I was the little dirtbag in school who would eventually quit. The funny thing is, most interviewers at a company will ask you, "Where do you see yourselves in five years?" I ask, "Where do you see yourselves in ten years? Do we even have ten more years left?" Sometimes I was actually tempted to say, "Well lemme' just get my little crystal ball out fer' ya." I needed the job though. No time to be a wiseass. 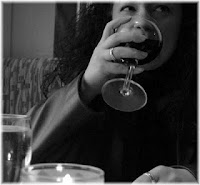 So here I am ten years later from being that train wreck who spent most of her time sitting on barstools fermenting her liver, partying every night and treating hangovers in the morning, to a new 'me'. Is it better? I'm not quite sure. I will say that I learned an awful lot though during my journey. I've been hurt badly by others, as well as hurting others as well along the way.  My apologies were all received, sometimes rejected and sometimes not. I've made a lot of mistakes, but no regrets because I learned a great deal by making them. I've burned a few bridges in my past, and when I think about turning around to cross over one, I step up to the edge and realize that it's all charred and unstable wood now. I can't trust that it'll hold me once again like it used to, in order to walk across. Most likely, it'll dump me like a sack of potatoes into a raging river. I'll stay on the edge thank you. If someone ever decides to build it back up again, I may take a step forward to see what's on the other side. 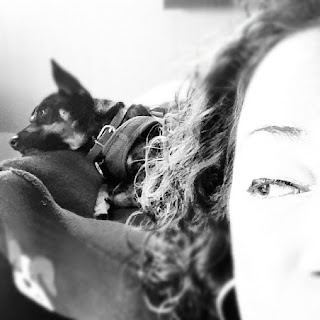 Still thinking within those ten years back -- I never cooked. I hated being home. I wasn't into pets or ever thought about having one. I didn't like the thought of 'contentment' or having a peaceful life. I wanted excitement every second of the day, every second of the night. I'm married now. I work from home with the occasional trip to a meeting or a film/photo shoot in order to do my work. And, I love it this way. I cook, I clean...I even have a dog. My corporate days are behind me now. My barstool days are long gone, but I still enjoy a good glass of wine or a martini (or two), mostly at home. If I am at a bar, it's because my wife and I love to eat dinner at our local bar and grill. But no more nights of closing out the bar or those awful hangovers. My life is filled with more family, friends and a passion for what I do in life - which is my work. I never had passion for finance and accounting or being stuck in some cubicle trying to make an unstable living, because well, there's no such thing as job security anyway. It can be taken away from you as quickly as it was obtained. I actually enjoy the moment instead of wishing it was Friday all the time. 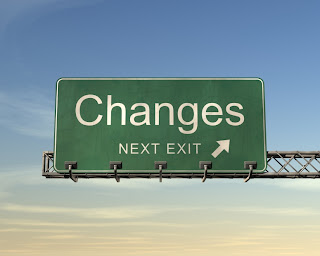 I truly believe all of us evolve in various ways throughout the years. We change. We're no longer the people we used to be. We stop doing 'this' and start doing another 'thing'. We develop new friends and develop different mindsets and views on life. My views today are much different than what they were ten years ago. In fact, my book was written almost ten years ago, and although I still hold the same values of what I had written, my views have changed a great deal. I'm more accepting to different religions, learning many things from each belief or even the lack thereof. My 'right wing' views have tilted over a bit, leaning more to the left after seeing so much political nonsense. I like to be corrected when I'm wrong, no longer trying to hold on for dear life to the 'I'm right card'.  I'm willing to be accountable for my actions and having the ability to not retaliate when somebody hurts me. I now just walk away or remain silent. If you think that's "defeat", then that's fine. For me, it's stepping out of a negative situation to make a better life for myself, or in some cases, giving someone else a bit of peace from 'me' when I'm not welcomed. And that's okay. Look Mom! I'm all grown up now! ....But good God, I still have so much to learn. Maybe another ten years I'll reach that point. I'm a work in progress, please be patient.

For more of Deb's articles, please visit: www.debrapasquella.com or join her on Facebook and Twitter.
a work in progress growing life life challenges life lessons relationships