The Psychiatrist Needs A Shrink! 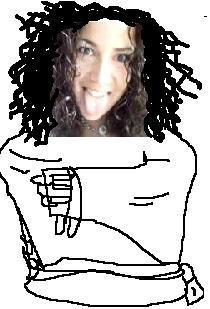 It’s becoming increasingly common for the average American to see a psychologist or a psychiatrist for various reasons. We all have our own ‘issues’ and dilemmas that we need to sort out. Sometimes, just going to a friend isn’t enough; we need someone who sees our problems from an outside point of view. We sit on that big, old, crunchy vinyl couch that pinches our butts—(at least they could provide real leather with the money they make…) and we tell them our problems, our woes, and basically have a pity party in their office.

Psychotherapists hear it all! There is not one thing that you can imagine that hasn’t been said to this poor doctor. You name it, from seeing people that aren't there, to hearing people that aren’t there, from divorces to break ups, from deaths to post partum depression, and the loss of a job, etc. Depending on the doctor’s hours, the average doc spends about eight to ten hours per day listening to the negative aspects of someone’s life. When the doc is on his/her last client, you may find them either a bit fatigued, or falling asleep on you... Don't take offense, it was the people before you.

I wonder how many psychotherapists sit in a pub and tell their woes to the bartender? A bartender is the best psychiatrist---he/she can provide you therapy as well as medication; which would be lots of cocktails to wash away your problems! Who does the doctor go to when he/she needs to vent? I would hate to be a psychiatrist’s wife!

Think about it…The negative energy that the doctor’s clients give off, has to eventually rub off on him, draining him on all positive energy. It’s common sense. Take for instance you. A friend is complaining and complaining, AND complaining about anything and everything. If your friend is one that only bitches and moans over everyday life, soon enough you’re going to be like, “Listen, GET A SHRINK!” They literally sap the living energy out of you. It’s nice to be there for a friend when he/she has a problem, but if it is a constant pity party, it’s time to draw some lines and give him/her your doctor’s card.

There is nothing wrong with seeking professional help. It enables us to vent to an outside person confidentially.

Ask yourself these questions:

1. Can you really trust your friend with vital & private information?

3. Will they use this information for their own gain?

Let your friends hear the good things about your life, and limit the negative blabber. People are drawn to others with positive energy. It’s a proven fact, if someone is bubbly, full of laughter and in general---fun to be around---most likely people will migrate to this person.

Have fun, live life, and leave the ~ranting~ to your psychotherapists and/or blogs!