What Would You Do If You Found Someone Sneaking Into Your Home at 2am? 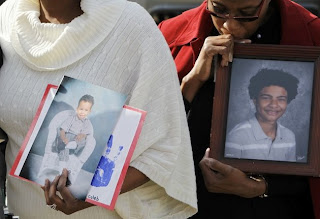 What would you do if you caught someone sneaking into your house through a window at 2am? What would you do if you were a gun owner? Unfortunately, sixteen year old Caleb Gordley from Virginia snuck out of his house to hang out with his friends. His parents had grounded him for not cleaning his room, so he took it upon himself to make a clean getaway for the evening. When he returned home after a night of heavy drinking, he had snuck into a window of his neighbor's house thinking it was his own. The neighbor unfortunately shot and killed Caleb thinking it was an intruder...but technically, it was an intruder in their eyes. The Gordley's have forgiven the neighbor for the death of their son, which is a huge and commendable thing on their part. I cannot even imagine being in their shoes. There's also that tiny thought in my head that asks, "What if it wasn't a mistake and Caleb had intentions on robbing his neighbors?" Maybe he saw something he wanted during a visit. Years ago, a very close friend of mine rode his motorcycle up my private road and stole one of my ATVs. Thing was, he left his motorcycle behind the garage. He couldn't have possibly driven both. Years later, he admitted to the robbery to a cousin of mine. I could go on about him being young and in the wrong crowd, but this was a childhood friend who I trusted with all my heart. I did forgive him, but that tinge of doubt still lurks in my mind. "What if?" You just never know. 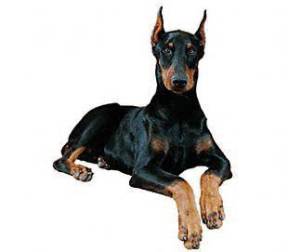 In a world where guns are being debated about and now has come to be more of a political issue, I can see many people faulting the neighbor who shot Celab Gordley, saying it was a senseless murder due to not using their firearms correctly, or at least identifying the intruder first. I have to admit, if it was 2am and somebody snuck into my home with those I love with all my heart still sleeping --- there would be no time to investigate why they were there. If you're in my home uninvited coming through a window, you will surely meet your maker or at least, be up in traction for quite some time in the hospital. About two months ago, I woke up to my dog barking and growling viciously (the best she could) at a car that was parked outside my driveway with their lights off. She was up on the couch leaning against the window going absolutely crazy. People always laugh at my little vicious Chiweenie, saying that it's not much of an 'attack dog' due to her size -- but she's a good sentinel - she's our little alarm. And not for nuttin' -- her bark is sounding more and more like a big dog's bark. This is why I think it's also important, (if you're not allergic to dogs) to maybe invest in a small dog (or big one if you can handle it). Small dogs are wonderful intruder alarms. They'll let you know before you even wake up that someone is approaching your home. They can hear the tiniest of noises that the human ear can't pick up. They can also prevent accidents from happening, like identifying who is at your home instead of shooting someone who really wasn't there to rob you.  Of course, then you have my dog who sometimes cries wolf and barks relentlessly at the deer grazing on our lawn. But, you just never know. Be safe. My heart goes out to the Gordley family and so much respect for their forgiveness and understanding of the entire situation. My prayers and thoughts are with them.

For more of Deb's articles, please visit: www.debrapasquella.com or join her on Facebook and Twitter. Check out her cooking blog for some of her famous recipes!
Caleb Gordley Chihuahuas chiweenies home invasions owning a firearm right to bear arms senseless shootings sentinels