Is the Media Stirring Up Income and Ratings? 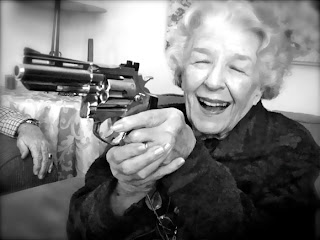 Media sensationalism has hit an all time low. I don't understand how they choose to expose one thing and not another. For instance, take a 79 year old woman walking inside her Brooklyn apartment and getting raped by someone who is old enough to be her grandson. It's just incomprehensible to think a young man would want to hurt someone who is almost 80 years old. That never gets put on trial. They just book him, fling him in jail and that's that. There are so  many unheard horror stories that are happening right at this very minute that never get the exposure that they need should get. What about Jodi Arias? She shot her boyfriend in the head and then slit his throat from ear-to-ear and continued stabbing him in the back 29 times. That gets the media's attention. Casey Anthony was another one who caught the media's heart. They were all over it like flies on shit. The sad thing is, these types of cases that promote so much attention and media are the ones that are usually acquitted. How much you wanna bet that Jodi Arias gets off on second degree murder, to where she freed when she turns 40? I'll put all the money I don't have on it. Casey Anthony is living a nice life, a life lived in fear because people are still seething over it. It brings so much attention to the trials, and tons of traffic on social media networks that it's just insane. And don't get me wrong, I'm sucked into these Twitter live chats discussing our ideas and opinions. 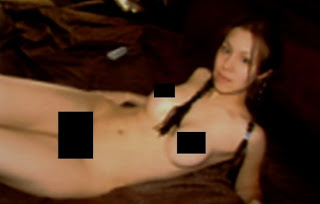 Have you ever taken a second to think, "What if this is all a stage and everyone involved are all actors?" There are a lot of people out there who think this. Call it "conspiracy theory" or call it boredom -- how can you ever possibly know if it's the truth? If you think about it, everything costs money, from the advertisements throughout the coverage, to all the news sources like Nancy Grace and even promotions over social networking draws in the dollar. Ratings go up as well. It's a win-win for everyone involved, from the "actors" to the news stations. You can be skeptical over everything and anything, but the fact remains, what we see on TV may not be 100% truth. Just like reality shows --- maybe they show half truth and they drum it up with a little spice to make it enticing for the audience to latch onto? With the Jodi Arias case, we get not only the most graphic visuals of her being naked and in compromising poses, but we also get to hear her having phone sex. And you're not going to tune into that? Right. People are like, "Well they're trying to show that Jodi was a willing participant." No shit - she was his girlfriend. Is it necessary to show Jodi Arias naked? Is it necessary to hear her have phone sex? Remember the days when trials were only sketched by some artist and only "heard" about through news reporters? Do you think money is a key factor now?

As I work in my office, I will still be tuned into the Jodi Arias saga. We'll be "shocked and appalled" when the jury decides she's not a murderer. Then what happens? Fights and more fights on social networking sites and also, among friends who "disagree" with whatever. It draws conversations, arguments and most of all, MONEY.

For more of Deb's articles, please visit: www.debrapasquella.com or join her on Facebook and Twitter. Check out her cooking blog for some of her famous recipes!
at March 07, 2013