Is the Flu Vaccine Safe This Year? 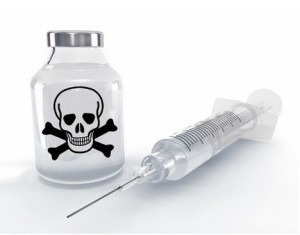 For the past couple of days, I've been fighting a helluva' cold. I try to do things to prevent the onset of a cold, but only so much can do the trick. I was told by a friend from Japan and my own sister who visited the country that if you drink a couple of full bodied beers along with a high protein meal, it should ward off any evil. Although it helped for that remaining evening, I found myself sniffling, coughing with the occasional "my head's gonna pop off" feeling. Yesterday morning while lying in bed with a million tissues surrounding me, the news stated, "This year is going to be one of the worst flu seasons ever!" (How many times have you heard that before?) I can pull up every single year's dialogue on the flu season's "worst year" and it would be...every year. When the H1N1 virus hit us a few years back, I was alarmed to hear how harmful that vaccine was alone. Every single year, I would rush off to the doctor's to get my shot. I was even rejected a few times because it was only meant for the very young and elderly, as well as those who had compromised immune systems and respiratory problems. I used to say, "I have asthma", and without looking my records up, they gave it to me with no problem. Eventually, I did develop asthma as an adult. Karma's a bitch. But that's what I get for lying.

As I made a huge dent in my bed that one year when the swine flu attacked my system, I read everything about the H1N1 vaccine, along with the regular flu vaccine. Eventually, these two intermingled and now we're getting it all. I saw a video where this military girl explained a "conspiracy theory" about the vaccines and how it'll eventually control our minds and those who didn't get the shot would be thrown into a "camp". A bit extreme, so I moved on... It was then I saw a heart wrenching video of a girl who got paralyzed over the regular flu shot. You can watch her video below.


I have to admit, I don't know what I would do if I had young children. I can definitely understand many parents getting the vaccine just to keep their children safe - but are there children really safe? I would never argue with a parent over this --ever. So, I went to Facebook and asked, "On the fence about the flu shot this year. Anyone against taking it? And why?"  I really thought there would be an enormous amount of people begging me to take it, but oddly enough, I found more people warning me against it. It kind of reinstated by passion for not taking the vaccine. Advocates for the vaccine provided me links to the CDC, while those who were against it provided links to other resourceful websites alerting the public about the dangers and misguided info that doctors have given us. There are people who work in hospitals that have to take it, or they can legally get fired for rejecting it. I know more than a handful of nurses who are fighting for their right to not take the vaccine. What does that tell you? You can read the thread here. 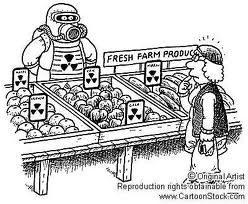 With all that being said, if you look at the big picture and what we truly put into our bodies alone, aside from this vaccine - are we ever safe? Have you ever read or looked into the ingredients of jello? It's made from animal byproducts and other "unknown" animal substances and funky serums. What about fish and the levels of mercury? How about all the antibiotics that are pumped into our food supply (mostly meat) that makes us immune to any antibiotics when we really need it? Not all of us can afford to go all organic and hormone free. It comes with a cost. It doesn't seem fair, but then again, we also put toxins knowingly into our bodies. I know I do. I drink alcohol, which is considered a toxin. I love cold cuts, which to some people is the devil of all foods. I enjoy a good hamburger once in a while, which is known to carry "pink slime" in it. Even our own vegetables carry all sorts of bacteria in it like E. Coli, salmonella or listeria. With all of that being "known", maybe the flu vaccine isn't such a big deal after all. So while I can make a big stink on the net about how awful this flu vaccine is, you can tell me, "Keep eating your poisonous meats and drinking your wine." Fair enough.