Are We All Addicted? 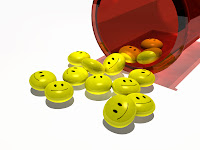 Got a headache? Take an Advil. Sneezing too much? Take some Claritin. Is your child a bit too hyper? Give em' Ritalin. Feeling sad? Take a Prozac. Feeling a bit tense? Take some Xanax. Is your dog down in the dumps too? Well, feel free to give your pooch a little antidepressant as well. I mean...really? As I write this, I'm digesting two Advils for my headache and a Claritin for my allergies. Oh, I also took 1 mg of Ativan because I have anxiety disorder. The doctors told me to. When I wake up, I take Prilosec for my GERD. I've been on it for ...geesh... four years now, every. waking. morning. The box says no more than two weeks, but the doctor said  . . .  But the truth is, antipsychotics and antidepressants have become a huge part of many people's lives. People are misdiagnosed every single day being flung a prescription after a 15 minute chat about why they feel depressed. I don't think 15 minutes can determine whether or not someone needs medication to deal with life. But am I being a hypocrite if I take all these over-the-counter meds and then tell you not to take what the...doctor told you to? 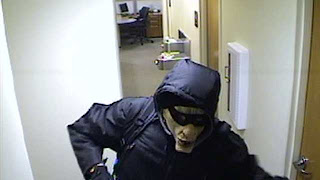 Do you remember back in the 80's (correct me if I'm completely off base with this), when a man walked into Burger King and started shooting supposedly because he was on Prozac? I can't even find it on Google to reference the story. Not sure if it was the Prozac or if he was just mentally disturbed (think that one was debatable), but it all started when Prozac became very big for depression. Those who took it were seen as "crazy" and some blamed the medication itself for making people violent. Other similar medications emerged and so did the crime and violence. Back in the 80's and 90's, you rarely saw school shootings. The only type of public massacres usually occurred in office buildings, where a disgruntled employee would unleash their revenge upon those who fired him and those who treated them poorly during his or her duration of employment. The internet eventually came out, giving kids a much easier grasp on getting quick information on forbidden topics. Things like, "how to use a gun", "how to get a gun", "how to make a bomb" and "easiest way to kill yourself" are all still being Googled. In fact, I have an article entitled, "The Perfect Suicide" -- and it has nothing to do with suicide itself - it's about reinventing yourself. I received numerous emails from angry teenagers telling me off because it was misleading and they wanted info on the "perfect suicide". Scary, huh?

Here's a strange fact that everyone seems to overlook. The craziest person you know would probably never, ever harm a fly. The craziest of all people would most likely never kill themselves. The craziest of all people would never keep a secret. I'm talking about the "seemingly crazy" people that you may know. It's the person who smiles at you, showing you their intelligence and wit. It's the person who helps others in need. It's the person who's on the quiet side, minding their own business usually. It's the one person you'd least expect. The people who actually commit crimes or commits suicide is usually the person who never speaks about it, or threatens it. The person who threatens violence or that they're going to commit suicide is either 1. seeking attention or 2. will try to do it with a failed attempt. I'm not saying that there are people who don't mean it --- always take it seriously --- but in "most" cases, the person never reveals their plans. I've threatened to commit suicide many times and I'm still here.

Circumstantial depression should not be medicated. Shit happens - deal with it. I went through horrible breakups that I thought I would. just. die. from. I experienced my first death of an immediate family member. Of course I could have gone through worse tragedies, but it just seems like doctors are placing band aids on people's emotional issues when in reality they should be dealt with head on and dare I say -- medication-LESS.  Feel everything. Go through everything and come out stronger on the other side. If you're not able to feel the lowest of lows, how are you supposed to feel the highest of highs in life? "Oh he's a little introverted, give him some Paxil and he'll snap out of it." -- "Oh I think he's got a few phobias, give him some antidepressant and he'll be facing his fears in no time." Have we been conditioned to medicate as well as self-medicate our fears, our emotional issues and sadness? Me: "Ugh what a day, I need a glass of wine." Same thing, but in my opinion, healthier than the chemicals that alter the brain like antidepressants. You can disagree with me all you want, but I was once going to take Celexa for my depression while in deep mourning for my father. The medication seemed to help him with his anxiety having to go through all he did. As I almost took my first pill, I read that it could give me a heart attack if I was on stomach medications, like Prilosec. This was never told to me. I had to research it myself. You may think it's a harmless antidepressant, but when combined with a simple pill like Prilosec, you can get into a lot of trouble health-wise.

I'm not a doctor. I'm a patient who has experienced a lot of bullshit in the medical field. Another story I want to add is this one... Back in 1998 I had a psychiatrist who prescribed Serzone for my depression and anxiety. I started feeling too sedated to do anything, and then hours later, I was jumping off the walls. The doctor told me to stop taking it. Within one day, I was seizing and was needed to be hospitalized due to the withdrawals from just 1 week of taking this awful medication. I tried Paxil. My throat always felt like it was closing and I became very irritable. I tried everything to be "normal", until I found a doctor who started using the technique of cognitive behavioral therapy on me. No medication. Just exercises of facing my fears and visualizing myself doing things that I feared the most, like even taking an elevator. I thought I'd drop to the first floor or just get locked in with no lights. Once, an elevator filled up with smoke due to a malfunction. But I had to face my fears with CBT so I could be functional and not fear everything. This method worked best for me.  What works for you works for you. I don't want to discourage anyone or encourage anyone, but even for myself, when can I get off these Prilosecs? When can I stop grabbing that glass of wine and deal with my stress? When can people stop relying on antidepressants as a crutch? Are we all addicted one way or another?

For more of Deb's articles, please visit: www.debrapasquella.com or join her on Facebook and Twitter. Check out her cooking blog for some of her famous recipes!
addictions antidepressants anxiety anxiety disorder depression emotional issues GERD medications