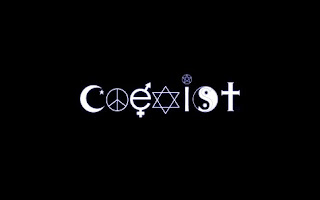 For years now, I've been arguing with "judgmental Christians" who mostly have a narrow view of the world and society. It became my mission to "correct" them -- as well as to protect those who were confused, belittled and hurt by these so called loving Christians. I still try to protect those who are hurt by religious and judgmental people, but there's more to it. There's the understanding of other people's "religious truth". The fact that religion in itself, spirituality in itself, has no scientific evidence, which is ironic that they call it "truth". I guess it's to make a much more persuasive impact on mind control, or perhaps brainwashing. Although my faith (my truth) cannot budge due to someone else trying to convince me otherwise, I no longer try to convince people to ~walk this way~.  God gave us all a choice. It's not up to me to point to whichever direction, because who knows, maybe my direction isn't the best path for that individual. It's my personal path. I just read a piece by a brilliant poet and writer named, Mark Durfee. His post reminded me of a past argument I had with someone who claimed they were "Mulsim, Hindu, Jewish, Christian, Atheist and Buddhist". She also said she was a "black lesbian Christian man". You can read more about that post here. As you can imagine if you have either read me before or know me in person, I was highly confused over this insane 'logic' and challenged her on what she meant by that. My mind wasn't as opened as I would have liked it to be.

The concept of claiming all religions is basically accepting all people. I took the meaning literally, as in saying, "You can't be a Christian and a Muslim". I couldn't wrap my mind around it. Even in my book, I had a section about "fortune cookie religions" as I called it, and how I don't believe people of different religions should pray together. That's just me. I feel to be stronger in your faith as a Christian, you should pray with others (or alone if you choose) of  the same practice. By nature, we're highly influenced and sometimes persuaded on practices and religions that are more accepting to us. Many develop a mindset of -- 'well this religion doesn't believe this is okay to do, but this religion is okay with it'.  Who am I to judge anyone who believes differently? Although my faith is still the same, I no longer argue about the complexity of another faith. I simply just accept and learn from people.  Mark pointed out a very important portion that I failed to understand. He said, "When I say I believe all religions guess you can say I also believe none of them. Buddha said live well by treating others well, Jesus said the same, even Mohammed said the same. But that is human life, mortal life."

Isn't that what life's all about? Thanks, Mark.

Nadine Alexandra ‏@NadineA_Dewi
We are all different colours & religions but we have something in common; the Earth. We have nowhere else to live so just learn to accept!