Creating an aura of “welcoming” to people of different faiths, religions and backgrounds is very important to me. Although I stand strong in my faith, I respect others’ as well. I believe it’s wonderful to share our views and beliefs, however there’s a fine line between sharing and persuading. The importance of keeping other people’s faith as valuable as your own tells me that that you’re confident and strong in what you believe in. Many Christians who I have come across have tried “persuading” me into thinking and believing their beliefs in terms of how to pray, how to live and how to live “the right life”. They’ve also tried teaching me how to be intolerant to other people of different faiths. Isn’t this contradictory to what Jesus did? 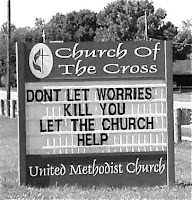 I can’t tell you how many times I have taken many positive messages in different religions and have used them for my own personal use, yet still remaining faithful to my belief as a Christian. I received an email from someone who came across my blog and asked if I would discuss my views as being a Christian lesbian, as well as hear his views on why it isn’t seen as acceptable in the bible. I had explained to him that my past writing about homosexuality & Christianity has all been said and done. Debating with other Christians, as well as fundamentalists through my blog as well as in my very own church who had beaten me to a bloody pulp about this very topic was very draining. Throughout my book, I reiterated many of the debates regarding homosexuality being included as the Old Law, which Christians are not bound by any longer. There are many people who feel differently, which is ok, however, I refuse to debate with other Christians regarding this any longer. I have written every single thought about this in my archives and my book and referenced to every single term regarding homosexuality and why it is only viewed as promiscuity and rape, A fellow blogger, Nick had made this statement on a past blog post:

With all the different interpretations and meanings of the Bible, I have come to acceptance with everybody’s take on anything. It doesn’t mean that I will necessarily agree with it, however everyone is entitled to their own views and beliefs. Why debate anything, while the beliefs that we hold true to our hearts are not relevant to scientific facts? Back in 2003, I thought a bit differently and tackled through debates and basically was “brainwashed” in my church into thinking, “Your belief is knowledge - spread the word and make it knowledge for all.” I refuse to brainwash people. I prefer to share, if they’re willing to listen. That’s all we can do.

As time grew on, I decided to venture into the teachings of other religions to broaden my horizons. I’ve learned so much through the teachings of Buddhism, Taoism, Islam as well as Judaism, (which is the base of Christianity). I’ve used messages taught in all of those religions to enhance my life and yet, still be faithful in my belief that Jesus is the only way into heaven. And I will not argue if you disagree with that. It’s simply: OK... I respect your belief.


Christians are supposed to edify and lift up our spirits - not tear us down with threatening and belittling words in order to “save us”. Jesus spent time with many people who were against the grain of Christianity. So for me or anyone else who claims to be a Christian to judge you in your faith in whoever, whatever, is contradictory to what Jesus did when He was here 2,000 years ago.

The whole term, “WWJD” (What Would Jesus Do) seems to be so outdated these days. What do you think?

For more of Deb's articles, please visit: www.debrapasquella.com or join her on Facebook and Twitter. Check out her cooking blog for some of her famous recipes!
acceptance being a gay Christian Christianity Debra Pasquella homosexuality Jesus religions tolerance of other beliefs WWJD