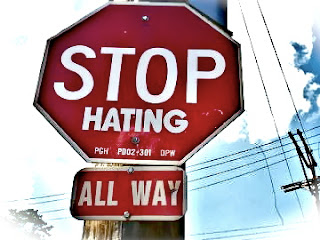 People amaze me sometimes. I cannot believe there are people still spewing hateful crap on the internet over the election. It's over. Done with. Finite. Move on. As you all know, I was a bit on the fence, doing research on both the candidates. Many of my readers and friends had piped in with their views and thoughts about why they're voting for who they were, and it definitely made a difference. But honestly? You know what pushed me over the edge to vote for Obama? The hateful right wing "Christians" who were bashing anyone and everyone who would dare disagree with them. I am so happy I didn't vote for Romney just because of his following. I can't even tell you how many times I have seen "Christians" call each other such hateful names -- filled with curses and racial slurs, and as you've seen through my experience, bigotry toward homosexuals.  In fact, I'll take it a step further. I can actually understand why so many people who do love God hate to be called Christians. They call it "spirituality" or something a bit more lucid other than a pronounced organized religion and such. I get it. I really do. The passion that goes into the hatred with certain Christians is alarming: to hate in the name of God isn't anything Jesus would have done. But, arguing over religion is just as bad as arguing over politics I guess. But it makes sense: any time a person of politics or fame has a revolting following, it makes you wonder if you should actually be a "fan" or not, no matter how much you agree or disagree with the person. 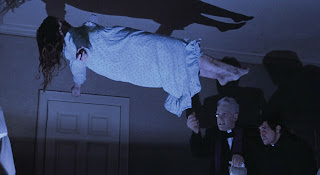 Don't get me wrong, I'm not saying that life should be all about puppies and dandelions, but the disrespect and hurtful words being tossed around by so many angry Christians is enough to make me back off from that party altogether. I have noticed one thing though --- the people who aren't that religious who did vote for Romney were not angry, nor were they hurting one another with childish name calling or dooming them to hell. They were logical, sensible with their arguments -- if they even resorted to an argument. Most kept their decisions to themselves, in hopes they wouldn't come across such negative and combative political wars. That's gotta tell you something right there. Is religion making people nutty? If you have so much faith in God, in Jesus, in Allah, in whoever ---- do you think that YOUR argument is going to make a difference? Isn't that saying you don't have faith in your own God to determine the fate of this country? In the Bible it says whatever happens has already been done. It's already decided. God knows the bigger pictures while we sit here and wait....in faith. Where is the faith among these right wing Christians? Christians believe that God is the only one to take revenge and fight against evil --- it's up to us to turn our cheek. I haven't been seeing any of this "Christian nature" among any of them. In fact, I have been seeing a lot of evil when things don't go the way they wanted. They're all like a bunch of crying babies claiming Obama is the antichrist and that the world is going to end due to the election. If they're so scared the world is going to end --- with faith that they're going to heaven ---- then why be so concerned?  The lack of trust and faith on their part has me thinking they have plenty of skeletons in their closet. This election was like exorcising the demons of this country. They're all screaming bloody murder, scraping the walls of this earth with their fingernails and cursing those who are really, in fact, Christian, or at least at peace with their beliefs that God is in control, or at least, a greater power is.