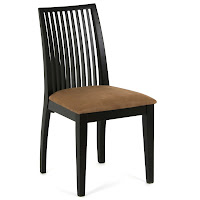 Thanksgiving is only like two weeks away. Everyone is scattering around making plans to go wherever for a nice turkey dinner to gather with friends and family. This is going to be our first Thanksgiving without Dad. It feels strange to not have him around----period. It feels like there's a missing part of the circle that completes us -- like an opening that somehow needs to be closed. It feels drafty, unsafe, and more so, unpredictable. We want to keep that circle closed so that nobody else falls out. Anyone of us can fall out of this circle we have - and that makes it all too surreal. We do the best we can every single day, trying to cope with our great loss and support one another emotionally. We have been going through 'recovery mode' and trying the best we can to heal, but now, the holidays are approaching. Dad was a huge participant, so it's weighing down our hearts a bit more.

Years ago, when I was growing up, we would always spend Thanksgiving home. Our relatives came up from Brooklyn to spend it with us. Mom and Grandma would be in the kitchen fighting over the apron, mustering up these awesome appetizers, especially the famous antipasto salad with alici (anchovies) on the side for my dad and myself. We were the only ones who touched them and spread them onto our bread while everyone 'ewwed' us. We sat around the big dining room table passing around dishes and listening to stories told mostly by Dad and Uncle Tony, while my mother and her sister would be found laughing hysterically over at the way end of the table getting snockered up on gin and tonics. My grandmother would sneer at them for celebrating so "inappropriately". After the appetizers, Grandma and Mom would shuffle off to the kitchen to bring out the huge pot of tortellini soup. After soup and a few cocktails later, came the manicotti. After that, came the turkey, ham, stuffed mushrooms, mashed potatoes, brussels sprouts, stuffing and cranberry sauce. By the time everyone was done eating and drinking, each one of us was flopped upon some couch or even the floor like a bunch of beached whales. It didn't end there. As soon as we were floating into our second rem stage, you'd smell demitasse and Sambuca wafting through the air along with a ton of pies and cakes being piled onto the table where it once held a ton of food. The men mostly rose for the occasion and gathered around to talk 'business' - like a makeshift brandy & smoke room with way too many hens inside.

Christmas was similar, but now, Dad was the head chef and ran the kitchen like a boss. Since he spent his life working at the South Street Seaport, getting fresh fish was easy. We'd always celebrate Christmas Eve Italian style: Feast of the Seven Fishes. He would start the night before - from 8pm until 4am, prepping, cooking, making crab and lobster salads and making the stuffing for his delicious baked clams. I would smell shrimp and lobster being boiled along with other marinades he would conjure up. He was one helluva' cook. He would then go to sleep around 5am and then wake up at around 4pm to celebrate Christmas Eve with us. The house would fill up with tons of people from family, relatives, to even new people we were introduced to. Unlike Thanksgiving, Christmas Eve was unorganized - you could either sit over at the table where the food was placed or you could bring your sturdy plastic plates over to the sofas. Even cocktails were served in fancy plastic cups - for wine, liquor or soda. It was just too much randomness for mom to handle a huge slew of dinner plates and wine glasses that would eventually be shattered onto the floor. With the enormous mess afterwards, it was decided the kids would all open their presents on Christmas morning. And that was that. The best thing on Christmas morning was watching Dad opening his gifts. He was such a big "kid" -- he loved electronics and little trinkets more than he did gloves, hats and winter gear for his excavating job. He'd tear through the wrapping like an 8 yr old boy about to get the biggest toy ever. And the entire family would gather into his bedroom (which was like half a living room) just to watch him. It was a big event for us to see him smile and "ooh" and "ahh" after each present. I'm really going to miss him and his wondrous nature, but I'm so grateful to have those awesome memories of him.

I have to say Dad held on for a long time - even to attempt to make the same dinners as we would shift all of the holiday traditions over at my sister's house. Even while being ill, he would try his hardest to repeat the exact same dishes and then cart them over to my sister's house, hoping it would feel like 'normalcy' again. We all tried for normalcy, even in the last days of his life - almost to the point of denial just to get him to smile again. One Thanksgiving, while Dad was ill, he had to leave my sister's house to rush home. He wasn't feeling well. My mom was crying, not because she was missing a turkey dinner, but because she knew it would never be the same again.  I was at my place cooking a turkey midway when I got the call. I packed up my turkey and the trimmings and rushed over their house to finish making my Thanksgiving dinner, so that they wouldn't feel so 'out of the loop' or realizing "too much" all at once. I can't explain what I mean, but I had to go there. And now it's all we can do to try and give Mom a sense of normalcy as she has to spend her very first holiday without her husband of 50+ years. Although we'll all be together, we're all are going to feel a great huge absence as well. And to my family: He is with us in spirit. He won't be in pain or any discomfort. He'll be watching over us, laughing at our crazy conversations and smiling at all of his grandchildren. He doesn't have to miss us -- he's already here. The last days of his life he held my hand and said, "Wouldja' lookid' dis? We're living like kings, kid! Who's luckier than us? We have such a close-knit family - who needs money when you have all dat'?" ----Straight from his mouth. No matter how differently holiday traditions may change, we'll always be together, whether here physically or in spirit.

For more of Deb's articles, please visit: www.debrapasquella.com or join her on Facebook and Twitter.
at November 09, 2012

Email ThisBlogThis!Share to TwitterShare to FacebookShare to Pinterest
Labels: Christmas, loss of a loved one, sad on the holidays, Thanksgiving traditions
Newer Post Older Post Home