On the Other Side... 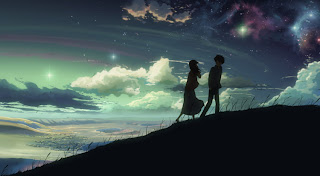 Have you ever daydreamed about the afterlife? Have you ever wondered what it would truly be like to meet somebody up in “heaven”, or to see someone that you’ve been at odds with or held some sort of resentment towards while you were here on earth? Think about it: up in heaven there is no resentment, anger, depression, feelings of shame, guilt or anguish. These things are all meaningless on the other side. Unforgiving hearts on the other side will realize that it was merely a product of the physical nature; the prison of the human heart trapped with negative feelings of hurt.
It doesn’t matter anymore.

It was on earth.

Life was just a trial.

The funny thing is, we don’t even look back on life and say, “We shoulduv’ coulduv’ woulduv’”, instead, we just look at our “offenders” or “enemies” in our previous lives on earth and then smile with gladness that it’s all over now. There’s no past pain and there’s no emotional trauma on anyone’s heart—only love. Our level of epiphany rises, reaching an intensity of relief that we’re back in touch with one another, and rid of all the chaotic emotions that were once stored up in our carnal shells back on earth.

Sounds too fairytale-ish? This is just my daydream of what it would be like if I were to cross the other side. I doubt that we’re going to look at somebody who has hurt us and say, “Are ya happy now? You made my life miserable!” Instead, we’re going to just smile and replay the events without any negative feelings. God sees the entire scope of everything---we just see a tiny thumbnail clip of the movie that we made here on earth.

The next time you feel pangs of resentment for anybody, think about how it would be if you two were walking toward one another on the other side, with the full knowledge that life was one big movie. All the “acting” we did was meaningless----yet enlightening.
forgiveness heaven life after death love