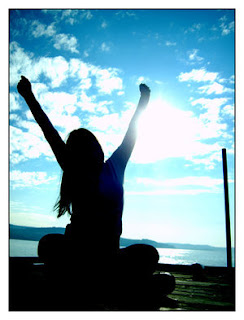 Is there such a thing? People have their own definition of what normal is. It’s such a vague description. Normalcy: to not be crazy? Have you ever been through a breakup or a messy divorce that went terribly wrong, and your ex just didn’t know how to contact you like a human being? Any contact that they did make was erratic, emotional and off-the-wall insane and sometimes even irrational? It’s a proven fact that when you have a very bitter ex on your hands-- any contact, whether positive or negative (and they usually choose option 2), will be satisfactory for them. They’ll do things ‘out of the norm’ just to get your attention. Then again, what is “the norm”? I have a track record for dating attention getters (minus a very good friend I dated, H), who seek attention whether it is positive, yet mostly negative. They love to push your buttons to see your reaction.
There’s nothing wrong with being an attention getter in my opinion: it’s how some people’s genetic make up are set. I just don’t see the positive result in resolving or discussing issues with such anguish and animosity. I guess I’m the type that likes to see a happy ending, regardless if the relationship was one or not. I prefer to settle things civilly and ‘making nice’, instead of emotionally beating one another up. It just doesn’t make sense to me. The relationship is over. Let it go. Let all that wasted anger and resentment go. It’s so unhealthy.

Here’s what I’ve learned through a couple of bad breakups:

*Forgive that person completely, to the point of forgetting.
*Forgive everything that has transpired throughout the course of the relationship.
*Forgive yourself for mistakes you’ve made and things you’ve done to hurt the other person.
*Pray to God for forgiveness for both parties.
*Pray for love, health and happiness for the other person that you’ve ended ties with.

With these steps, I found myself to be set free. I can’t stress enough how important it is to forgive other people in life. I’m not saying that what they’ve done or what we’ve done is “okay” to do again, but just realizing that your heart is opened to forgiveness and wishing them happiness is a huge step to emotional freedom. There are so many people walking around with bottled up emotions and resentments from their past traumas. Usually, when they get into another relationship, they have a huge lack of trust and underlying anger that’ll resurface within that new relationship. It’s not fair to the new person and it’s also so unhealthy for the person who cannot forgive their offender(s), as well as themselves. They usually walk around “bitter” and cynical towards everything. They become sarcastic and poke fun at every single thing that resembles love. I’m sure you already know some of these people.

I almost got that way. I was discouraged over people and my lack of trust from being betrayed trickled over into thoughts of, “Everyone else will do the same thing.” Just because one person either cheated on you, lied to you or emotionally and/or physically harmed you, it doesn’t mean the new person will do the same thing. But how can you know this for sure? So a huge wall is built up for emotional protection and the resentment stays within. When I finally reached the point of exploding due to my pent up resentment, I was always sick, achy, depressed and full of anxiety. The day I decided to let go and forgive completely (for my ex and for myself), I can’t even tell you how free I felt. I finally started sleeping 8 hours per night, exercising regularly and actually feeling “human” again-----“normal” if you will.

This is what worked for me. I’m no relationship expert, you can talk to any one of my ex’s – believe me, but I can definitely tell you what to do afterwards in order to help you feel better again. I know the term “forgiveness” kind of falls out of the mouth too loosely, but if you can just picture yourself setting the person free and really accepting them for who they are, with all their flaws, imperfections and the things they’ve done that have hurt you deeply, hopefully you’ll find that there are healthy relationships out there, as long as you keep that mindset.

Remember: you don’t need forgiveness from the other person. You need to be able to forgive them and be able and willing to forgive yourself. Afterwards you’ll receive the freedom that was missing in your life. I promise you!
EDIT: While reading Cruel Virgin's blog, she included a prayer that is so helpful in recovering from a past relationship. I am taking a tiny excerpt out from her post.
"It is a prayer to the Archangel St. Michael, the one who is believed to have defeated Lucifer in his rebellion. He is an angel of protection, and he holds what is called the sword of truth. I firmly believe that we are surrounded by angels who guide, protect and help to heal us, but only if we ask. Here is the prayer:
'Blessed St. Michael, Prince of the Heavenly Host, I ask that you use your Sword of Truth to sever the etheric cords that exist between myself and ____ (state his full name) in all Space and through all Time so that I can move forward with my own emotional healing and so that _______ may be free to move forward with his/her own soul’s evolution. Amen.'
The love that existed between the two of you will always be there. Nothing can separate that, not even death. The truth of the relationship is eternal. But you can start to move on."
at June 25, 2008