It's All So Vague 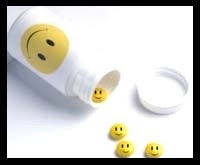 Why are there so many diagnoses for a slew of different mental disorders and so many different opinions on what the diagnosis may be? For instance: a sociopath is a term professionals don’t like to use anymore, because they have broken it down to antisocial or dissocial personality disorder—whichever you choose. For each broken down definition, there are similarities regardless. Years ago, people who were ‘up and down’ with their moods were called, manic-depressives. That term is now obsolete: the term used now is, “bi-polar”. It’s basically the same thing heightened to an extreme. They also have bi-polar 1 and 2, depending on the severity. There are so many “new disorders” and new definitions that it makes me just wonder what it’s really all about. In my opinion, new medications make doctors trigger happy with diagnoses. Doctors get kickbacks and many of them are pill pushers. You’re in their office for less than 15 minutes, and voila---you’re diagnosed with a new disorder and out of his office with a new and improved medication just released by some medical firm.
These days, you have to literally look like shit in order to be taken seriously by professionals. I used to go to my doctor after work and they always diagnosed me as “generalized anxiety disorder”. Newsflash: 98% of people have it. It’s another word for stress. I thought mine was a bit different since I would experience a panic attack for no reason at all that I could think of at that moment. Of course, there are always underlying reasons for the attacks, however, while experiencing these scary moments, it’s your body’s way of purging out any negative feelings. Two days after a panic attack, I would experience extreme fatigue and depression. Some would categorize that as manic-depressive. Some would even venture to say because of the “highs and lows” that it’s bi-polar. I was never diagnosed with either, but the definitions of extreme highs and lows make sense to me. But aren’t they talking about extreme happiness? So, for me, it was extreme anxiety and fear for no rational reason whatsoever, and then a low like you couldn’t imagine. My doctors would just write me a prescription for ativan and tell me to just relax. Even if I was suicidal (this is back then), they never took me seriously because I was in a business suit and looked “presentable.” Crazy, huh? (Possibly a bad term to use in this post.)

I just wonder if medications are good for everyone. I know many people have claimed it has helped them a great deal and has even saved their lives, but what about the people who have bad reactions to it or who have been incorrectly diagnosed for the mere pleasure on their doctor's part of pushing a pill to make a buck? Are our lives at risk by seeing a shrink? Do they all see it as a business, or do these people actually want to help us get better? If you’re just having generalized anxiety disorder (stress), then wouldn’t psychotherapy, counseling and relaxation techniques be more beneficial than consuming chemicals? Are doctors getting lazy? I’m very disappointed in the heightened lax that the psychotherapy professionals have come to.
anxiety disorder bi-polar depression medication panic attacks psychotherapy