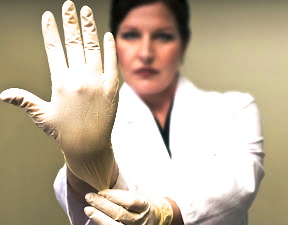 Been away for a while. I guess you can say I was on vacation in a spacious room with an ensuite.  You guessed it: the hospital. I ended up there due to stomach bleeding. I was vomiting blood which looked like coffee grinds. I know this due to my friend Google. I was also there for severe - and I mean, excruciating body pain. No one could figure out what the hell was going on with me. Once in the ER, they had to put me in a wheel chair because I was unable walk by myself. I was shaking and crying - it was so unbearable. Then they needed to check for "samples", need I say de la poupe or good ol' merde. Needless to say, after the nurse checked me with a latex glove and some jelly, she never did bring me out to dinner afterwards. I'll put a complaint in later.  They detected blood and basically, that was their main concern - not my cries of pain from every single part of my body hurting. That was just "normal" to them. They pumped me up with morphine after Mad begged them to manage my other pain and after a few hours, admitted me into my own suite. After having bad reactions to the morphine, they put me on Percocet which gave me instant relief. The entire night was full of blood tests and sonograms. I had to stay a few days so they can do numerous testings on me to see if I was bleeding internally and why my body was in such great pain.

My second night there was interesting. This one blond nurse named came in to check on me. She was really sweet, almost overly sweet. She said, "Oh, please put on these socks because I don't trust these floors even though they clean them." I was in total agreement. I said, "Thank you! I'm totally OCD about that!" Well, not even hours later as she was ending her shift, she informed the other nurses about me right outside my door, thinking I was passed out from the double hit of morphine and Percocet. She said, "She said she was vomiting black stuff or whatever...and they found blood in her stool. She has anxiety so you know, she freaked out when we gave her morphine. She also has OCD, so be careful. Maybe she has MPD too, who knows," as she chuckled, trying to joke around with the other nurses. She comes walking in with the new nurse and a student who was tagging along learning the ropes. "Hi again!" she said with this big smile.  I shot her a look and said, "Number one: DO NOT diagnose me with OCD. You're NOT a doctor or shrink. You. are. just. a. nurse. Number two: try whispering next time you talk shit about a patient or make sure they're knocked out from the meds." She looked at me in horror and said, "But you said you had OCD, so I need to take that seriously!" I sat up and said, "We were JOKING about the floors because you said they were dirty. Now give me two pillows, two blankets and two glasses of water. Say yes twice if you understand." She was reassigned to another patient after that.

In this short Instagram video, you can hear the man screaming as well as making unpleasant noises. Turn the volume up.


The next nurse had her hands full with me, especially since the staff was late with my pain medication. At this point, I was rocking back and forth like a mental patient sitting upright in the bed because I could not lay down due to the pain being so over-the-top. I felt like I was going to die. I also had a short fuse at this point, and unfortunately, this new nurse took the brunt of other nurses' mistakes. She came in and asked me the same questions. "Name?" "Date of birth?" I said, "I need my pain meds."
"I need to get permission from the doctor."
"They already done that. I am allowed to have Percocet."
"Well, I can't do that until I get clearance and we order it from the pharmacy. That's gonna take a while," she said, almost in a robotic drone-like voice.
I stared at her, not believing what was happening to me.
"Why are you crying?" she asked, baffled over my agony.
"BECAUSE I'M IN FUCKING PAIN! Are you THAT inhumane??? Aren't you supposed to manage pain here first?"
"On a scale of 1-10, what's your pain like?"
"A TWENTY!!!! NOW GIVE ME MY FUCKING PAIN MEDS!"
I. flipped. out.
She stared at me....for a long time.
"Breeeeeathe," she said, rubbing my shoulders and ordering another nurse to grab the goods.
Minutes later, Percocets were thrown at me and I was on my way to feeling much better. This nurse was a strong cookie, because she was also dealing with another nut next door who had MRSA (the superbug). Now my OCD starts kicking in full time, making sure every single nurse who walks inside my room takes a hit of that antibacterial gel by the door. I hear the guy in the room screaming, "What a fucking joke! How can you not tell me that I'm not supposed to hug my children while they were visiting me!!!???" They let his family come into the room without any protective gear and never informed the patient about how contagious the superbug was. I was totally on his side. I heard him screaming all. night. long. Poor guy was so worried about his kids. How can you not inform your patient about the dangers of the superbug? While trying to go to sleep, I must have heard over twenty "code grays", which meant a combative or violent patient. I was waiting for my own code gray.

So after a few nights of being in Percocet bliss and trying to bathe with an IV stuck into my hand along with a machine attached to it, the doctor came in to let me know that I was ready to go home. He said all my blood work was fine. No Lupus, no rheumatoid arthritis, no Lyme Disease, no sickle cell and nothing that would indicate that I have massive internal bleeding. He thought that it may be my stomach lining irritated, that bled from all the NSAID usage. And if it is an ulcer, it's probably the start of one that somehow got irritated in the process of taking so many Advils and Aleve. They gave me a prescription strength H2 blocker and some other ingredient that heals esophageal erosion and peptic ulcers. My instructions are to not drink for six or more weeks, to eat soft foods and to continue physical therapy and take Percocet only when at a level "9 or 10" with pain. He then said, "So, you're our mystery patient, although there is concern about upper GI bleeding. Other than that, you have a clean bill of health. You probably need to get readjusted and learn how to walk again because one leg is shorter than the other, making your gait uneven and causing you great pain." Fibromyalgia was muttered out a few times. It's like saying, "costochondritis" or "gastritis" and even the good ol' "spider bite" diagnosis'. So I'm back home. I'm frustrated. I'm angry. I'm disappointed in the medical field for not giving me a proper way of managing pain. A few addictive scripts and you're on your way to a life filled with pills and withdrawals. Right now, my pain is a level eight. I'm opting out of popping a pill and going back to physical therapy and even trying acupuncture. The best thing that has happened to me is that I lost a total of 16 lbs from eating Paleo. That's like two bowling balls off of my back. I'm on my way to better health, but for now, please throw a few prayers and healing vibes my way. I don't think I'll ever take NSAIDS again. And wow do I need them. Mind over matter I guess.

For more of Deb's articles, please visit: www.debrapasquella.com or join her on Facebook and Twitter. Check out her cooking blog for some of her famous recipes!
at July 29, 2013

It's been quite some time since I've written anything lately. Between the stressors of the holidays and of course, a sprinkle of f...