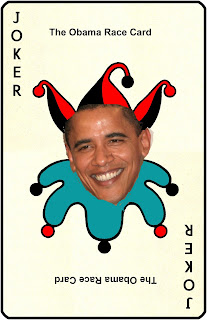 Thank you for your heartfelt speech poured out to everyone in the United States watching mainstream media. My heart truly goes out to what you have been through, to what many "African Americans" have been through, and of course, still go through. Your struggles as a child is one that many can relate to, not just "African Americans". I see that you used "African Americans" instead of saying, "white people". Clever. Of course, we would think you would be associating that with "white privilege". I'm not sure I understand why some black men (and half black men like yourself) choose to use the "politically correct" term, "African American" when there are many who are Jamaican, Haitian or from the islands. Don't they have the same struggles too? I'm a lesbian woman who lives in New York with my wife. It's kind of funny how we have seen numerous beatings on the LGBT community, with factual instances that let us know that it was indeed a hate crime just by the anti-gay slurs they said before the brutal beating. That was something huh? One of the crimes that were committed was from Allsan Berisha and Brian Ramirez, both age 21, who were arrested at the scene and later charged with hate crime felony assault. But you didn't see anyone protesting and starting a war upon the straight community on the news. And that was clearly an antigay attack. What will it take for us to protest? Until one of our members from the LGBT community to die from one of these brutal beatings? We come in all colors, shapes and sizes too.

Mainstream media, especially your "heartfelt speech" surely comes at a good time. A time when Russia's president, Vladimir Putin has called for the nation’s strategic bombers to enter a state of ‘full combat readiness’ following the ‘snap drills’ that were initiated after Israel bombed Russian-made missiles within Syria. A time when a law will be passed where the government will be allowed to sift through anyone's personal finances without consent. A time when that quack from N. Korea is still ready to launch off his makeshift missiles on S. Korea and yes, the United States too. Where's the news for all of this? Where is the concern for much larger issues that should be on the news? Our attention is away from World War III and focused on the Zimmerman case and racial wars that are pouring out onto our city streets, as well as social media. You are dividing the nation by your statement, which holds a lot of influence on "African Americans", to which they will look at white people as the enemy, once again.

You know what's sadder? I voted for you this last term. I hope it's the last term. I was a fan of McCain, who should have picked Condoleezza Rice for his running mate, but instead, picked a Christian nut job who preached a whole lot and had kids who didn't even respect her "holier than thou" views. But I still picked McCain. The only reason I didn't vote Republican this year is because I would have cringed if Romney was lucky enough to sit in the presidential seat. But you were "lucky" enough. And now we're stuck with a president who can't even bring this nation together, but to only tear us apart and set us back 50 years with your racial "victimized" statements. Yes, we ALL understand what it's like to go through prejudiced views. I certainly do, being a lesbian. I've also seen a lot of acceptance, as you have too by just being elected. It's time to stop playing the race card and see things as they are. What FACTS are there that determines that George Zimmerman killed Trayvon Martin just because he was black? Give me the facts and then I'll respect your ill-informed statements. But for now, I will never vote for another black president again. And no, that's not a racist statement, that's just because it is what it is. You will always be angry at white people, even if you're half white. You will always try to pull back any progress we have made over the years to create peace. But because of this one trial, this one tragic instance where a man was found NOT GUILTY of a murder due to self-defense and a lack of evidence, oh, wait - a LACK of evidence, you will "assume" it was because the victim was black. Where is your evidence? Give us the facts and then, we'll start listening.

For more of Deb's articles, please visit: www.debrapasquella.com or join her on Facebook and Twitter. Check out her cooking blog for some of her famous recipes!
antigay beating in NYC Barack Obama hate crimes mainstream media not guilty racism Russia prepared for war Trayvon Martin Zimmerman Trial