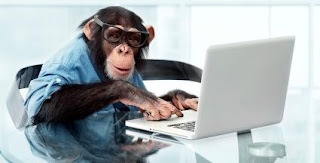 Finally, all the fights and shit slinging have simmered down on Facebook regarding the Zimmerman trial. I had a few posts that took a turn for the worse (especially this one) where a commenter with strong opinions made a snarky comment to the person who disagreed with them. Then it snowballed from there. The thing I don't understand whenever there is a controversial topic going on is when people start insulting one another, calling each other "stupid" or "ignorant" or even resorting to name calling. The fact is: there is nothing you can do about what happened. Whatever our opinions are...are just that. Fighting with other people is absolutely pointless because you're wasting your breath trying to convince someone else to go along with what you think it "right". Some people don't tolerate debates (even if childish) on their Facebook account, but as I see it, comment at your own risk because I have more than a few nutcases on my account, including myself of course. Now we have the argument of the distasteful photo of the Boston bomber on the Rolling Stone's cover. Some people are okay with it, because well, he was young and possible brainwashed by his older brother. If Rolling Stones really wanted to grab people's attention, then put a photo of someone who lost a limb during that bombing. I'm sure it would have gotten more responses, and most of all, a better reaction. They could have written, "Heroes Who Made It Through" or some positive reinforcement instead of exploiting terrorists who want to kill us. I don't care if that kid was ten or fifty --- a terrorist should not have an opportunity to be seen on a popular magazine cover, especially making him look (what some people thought) "sexy". They're giving this creep the spotlight. Hasn't he had enough spotlight to last a lifetime? Try giving the victims the spotlight. I have lost all respect for that magazine. 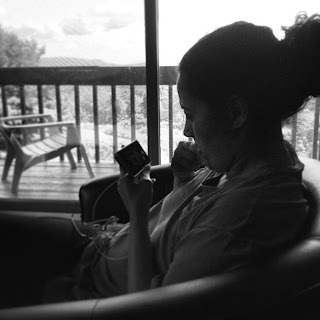 I love speaking to Madelene about these big topics in the media, especially with this Zimmerman trial and all the protests. She's borderline conspiracy theorist, so her opinions on this are very interesting. She'll be sifting through her iPhone, and then shoots me this intense look and mutters out, "See what they're doing, right? You see, right?" And right there, I know some sort of whacky theory is going to start pouring out. "This trial," as she points at the TV and thinks for a moment, "this trial here - it's to distract us. Don't you see what's happening here? As Zimmerman floods the airwaves, Russia and Israel are at odds which is bad! No news on that though. And look, a law is trying to be passed where the government can peek at your financial statements and bank accounts without your knowledge or consent. No news about that either. Too many people are focused on the trial." I listened to her and then thought that maybe she was right. Maybe all of these high profile trials that are flooding the media is a huge distraction for the public. Then once the bill is passed - there's no petitions or protests about it. By then, it'll be much too late to even try to fight it. She's all set for doomsday. She wants me to come with her to the shooting range so we can protect our family and home and start thinking about preparations for the end. At this point, I'm not so sure if I'm the crazy one in this marriage anymore. 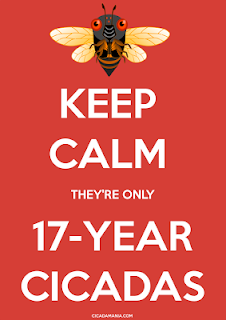 But she's not the only crazy one out there. I have seen so many people on social media saying, "Oh, this is the end of times, look how hot it is. The ocean is heating up and we have never had temps this high before in New York."  Really? History repeats itself. I remember this time last year we had the same temps. You can even Google that. I was driving back and forth to hospice when my Dad was sick. The temperature in my car said, "105" -- and that wasn't even the head index. Every single person is like, "It's too hot! It's too hot!" I'm like, "It's too cold in the winter for you, it's too rainy in the spring for you, it's too hot in the summer for you and too chilly in the fall for you. When will you stop complaining you whiny crybaby? It's not the end of the world. Grab some water, get in the shade or go inside an air conditioned building and stop the madness. Remember last month when we had all the cicadas bombarding our backyards?  All the religious people said, "The locusts are here! Jesus is coming back!" Welp, I'm sorry to say that He hasn't stopped by yet, but when He does, he will come like a thief in the night, as the Bible puts it so beautifully. Funny how "scary" our God can seem through the words of the Bible. But that's neither here nor there. I guess this back pain is making me quite irritable so I'll leave this post on a good note. Eat well, drink lots, and hell - enjoy this gorgeous hot weather before you're knee deep in snow shoveling your car out. Good God let's ease up folks.