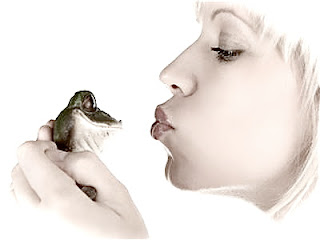 If I make an observation, it doesn't necessarily mean it's a 'fact' -- it's merely just something I've experienced on my own with nobody else nodding their head in agreement. Maybe you'll find yourself nodding your head, and if you disagree, that's okay too. For the past several years, I have come across a few people who were very critical about other people's appearances and/or lifestyles. While everyone has a right to their opinion, I think it's safe to say that if you're single and ranting about how ugly, fat or too skinny someone is, you'll remain single. Who wants to be with someone who is overly picky about someone else's appearance? And while 'so & so' may not be the most attractive person on this planet, it's just best to keep those opinions to yourself, because someone else may find them extremely beautiful. An old friend who had been constantly on the prowl for Mr. Right once said to me after her date, "Ugh, he drinks beer and watches football. I can't date someone like that."  I was going to suggest being a lesbian, because 99% of men do just that. Ok, ok, ok, maybe some are into baseball. But, seriously? Then she went on... "And he's fat." I shrugged and said, "Well if you're not attracted to him and there wasn't any chemistry, then don't go out with him again." About a week later, I saw the guy she went out with in a local bar. He was not only adorable, but extremely in shape! He then went on to tell me that he plays football - not only watches it. For whatever reason my friend saw him as a "fat football thug" was beyond me. He was very athletic and had a swarm of women waiting to talk to him. My friend is still single. 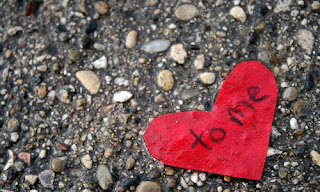 With that story in mind I'm finding similar people like her. Those people who seem so critical over other people's appearances are the same ones who have an awful body image of their own -- whether they are thin or heavy. That saying, "If you don't love yourself, how the hell are you gonna love somebody else" is so on target. You can't possibly see others as "beautiful" if you don't see yourself that way. And who defines "beauty" anyway? If all you're after is a "hot guy" or a "hot chick" to make you feel "hot" - hopefully they'll still have some substance when they're growing old with you or you'll be bored to tears in your golden years. My mother always told me, if you can laugh with someone, you'll have a happy life with them.  And of course if they love their mother, yada yada yada... You have to love all of your partner's "imperfections", because imperfections is what makes other people so damn incredible, (and sometimes annoying), but love it all anyway. All of our idiosyncrasies is what I call "God's sense of humor", and if you can't get beyond those human nature qualities that we all possess, then in my estimation, deep inside, you'll be either single forever, or you'll end up making someone else very unhappy with all the criticisms that'll spew forth during the course of the relationship. Love yourself first. The rest will follow.