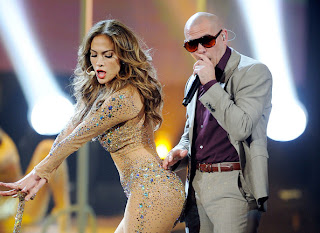 No doubt, we've all heard the suggestion of, "Don't put it out there if you don't want the world to know."  We know that nothing ---- nothing is 100% private. And some of us know that what we do behind closed doors (that we don't want anyone to know) with a select few people will eventually leak out in time. Trust no one. I don't care if you have the best relationship with your co-worker, boss or employee -- keep your shit under wraps. There should be a contract for all celebrities saying, "WARNING: If you act like this - the entire world will know."  But there isn't. There is only a contract for confidentiality of employees to keep things a secret, which ultimately turns into extortion in some cases and of course, a counter lawsuit by the victimized celebrity. $20 million dollars to keep whatever Jennifer Lopez did a secret must be a huge one. I can't imagine what's worth $20 million dollars. JLo's former driver and head of security, Hakob Manoukian is extorting $20 mil for keeping the 'big secret' under locks. Manoukian claims he was treated poorly and denied production paid, and then was forced to resign.

I highly doubt it wasn't what Jennifer Lopez "said" during these trips with her former employee, but what she had done while having someone else to witness it. I'm also going to take a wild guess that not only was it heard, but it was recorded somehow, either via smart phone or other. Personally, I don't care who you are or what you do, but when you make a stupid and mindless mistake of trusting other people with information that can really damage your reputation, the fault lies on you. We've all heard of "disgruntled employees" and know what that can mean for any employer. I bet you anything, that there's a settlement case because no matter what, that info can be leaked without even proof of who did it. It can be twisted, lied about where it was said or done as well as leaked straight into the hands of the media.  Every celebrity knows they're at risk for their 'bad behavior' leaking out, so why do it? If you're content with your behavior --- be consistent with it and own up to it. But if you have one face towards the media and fans and another behind closed doors --- suffer the consequences. I love JLo, but wow, I think the shit's gonna hit the fan this time.