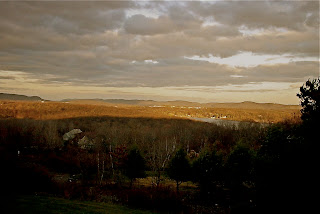 The good thing about blogging is, when I’m transferring clips into other programs or onto an external hard drive to save, it can be quite time consuming. I sit and wait...and wait...and wait. Luckily, I have this blog to kill time with, and of course, waste approximately 5 minutes of your life as well. Being that freelance work pretty much means that you have to be disciplined if you want to make any sort of money out of it, I have to push all temptations aside, like going out to breakfast with a friend or if I’m rambunctious, heading off to the gym. This morning I was invited to go canoeing with my friend Barbara who runs a nearby restaurant called, Al Laghetto right on Mombasha Lake, which enables her some flex time in the mornings which is great. I read her message and stopped everything. I wanted to go, but I had so much work in front of me that I was all geared up to do. If I would have left it, it would have sat for another 3, 4, 5, 6, 7 days. The foliage is at its peak, especially in the area where we would be canoeing, which is right near my parents’ house. Unfortunately, I had to take a rain check for later this week. I hope my friend’s offer still stands! 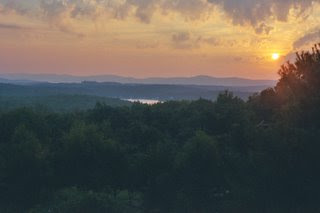 Her invite alone reminded me of my childhood. The lake itself, where I grew up is just amazing this time of year. It’s beautiful anytime of the year really. There are so many memories on that lake for me that just tapping into just a small part of them makes me long to be a kid again. I remember my friend Paul and I would take his canoe to the other side of the lake, where there were ‘little mountains’, more like huge rocks where you can sunbathe on. We’d sit there until sunset, talking for hours. Over at my mom and dad’s house, they have a beautiful view of the lake because they live on top of a mountain, which gives you a smaller view of it, along with gorgeous and vast mountains surrounding it all. I woke up to it everyday as a kid. I remember someone saying, “This view is so beautiful! You probably don’t think so because you’re so used to it living here all of your life...” I looked at her and just explained how everyday, the view changes and is never the same. I never got sick of looking at it. Each season gave the view a different feel. Each time of the day there was a special look to it. After the rain, you’d sometimes see a rainbow encompassing the view and the back of our house as if it were all connected. 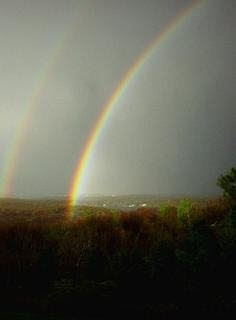 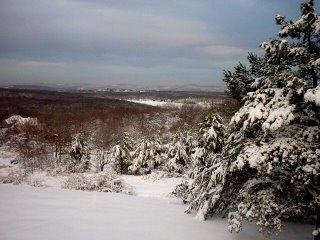 During the winter as a child, my friend Pam and I would walk down to the lake and her father would meaure the thickness of the ice with some tool. When he gave us the “ok”, we would walk out far along the lake, over to a camp area that had a homemade stone barbecue pit. I remember us sliding along with our sneakers trying not to slip and fall as we made our way over to the other side. There were times I would take my quad and ride out on the ice, doing donuts, being crazy because of all the free space - more so, margin for error. I would pull my friends on weird homemade sleds or tubes and have them cruising at speeds that were just plain wrong. Luckily, it never cracked the ice, but even if it did, the tires were like huge balloons that sort of gave you some allowance time to get the hell out of there. But, back then, I was braver than a daredevil. I didn’t care. Nothing was going to happen to us. I wish I had this mindset today. 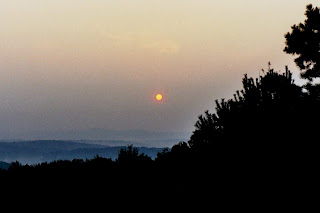 Another memory I have is of my sister Dawn and her old boyfriend taking me out on the lake ice-skating. We brought a thermos full of hot cocoa and headed out in winter hats, gloves and scarves. Her boyfriend was like a big brother to me - always including me, even though I was this bratty 12 year old. We’d ice-skate until our noses turned bright purple. We also used to go motorcycle riding around the trails that surrounded the lake. Unfortunately, a small tree had fallen right in the middle of the path and he smacked right into it, making him eject from his bike and having it flip about three times until it finally came to a stop. He was okay, but pretty bruised up from head to toe. But those memories I will always have because it was the most fun I had as a kid growing up in that area. 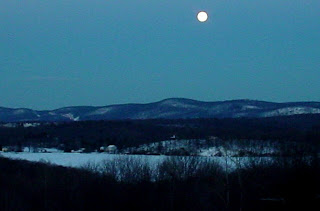 Even though I didn’t move too far away, I still miss having that beautiful view of the lake and mountains to wake up to every morning. I still have a view of the mountains from where my apartment is, but it also has views of the city lights and big plaza malls, which gives a different feel to it all. It was especially breathtaking at night when the full moon would rise and reflect off of the lake. I would sit out on my deck either alone or with my partner and just take in this magical sight that God created. So, no matter what time of day, what time of year, what type of weather we were having, this view will always be special to me.  No matter what, I will always return to Mombasha.
(All photos were taken by me over at my parents' house.)
Al Laghetto Debra Pasquella Mombasha Lake New York The Hudson Valley