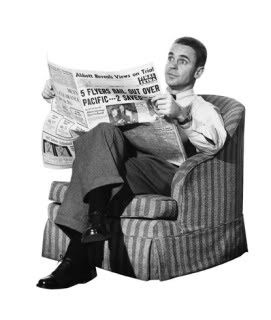 There are times I find myself being surrounded by people who love to argue, just for the sake of arguing. They can’t let it go. I’m not even talking about heated arguments - I’m talking about people who just disagree with you in order to challenge your beliefs or factual basis’ upon certain issues. I found myself sitting in my shrink’s office, when he had asked me, “So, have you been keeping up with current events?” He knows that my views are a bit extreme to have a “normal” conversation with someone who may be leaning toward the left, as well as those who are not of the Christian faith. My politics go hand-in-hand with my beliefs in Christianity, so I just keep tightlipped about it these days. Instead of politics, I just rambled off the news I had heard that day regarding three people dying in a sweat lodge over in Arizona.

“It’s two.” He said, in a very irritated tone.
“What?”
“There were two people who died - not three. Where do you get your news?”
“I heard three.”  I said, calmly.
“Wrong.”
“OK then, two.”
I just wanted to keep the peace, but it wasn't the point I was trying to get across.  He seemed so angry that I said three people instead of two, that my point of the conversation was totally lost. I then remembered it was my questioning of why people wanted to sweat like pigs in a crowded tent, knowing that the swine flu is among us. But, instead, he irritated me greatly, even more so once I had arrived home finding out that I was right the entire time.  There were three people who died. Maybe my shrink needs to step out of that stuffy office or get himself a little transistor radio and keep up with the current events that way. I’m "the patient" so I must be wrong.  My facts must be up my ass. I know he reads my blog to analyze what he thinks I’m not telling him in his office. My message to him would be: I WAS RIGHT! IT WAS THREE!

Okay, he’s gonna up my dose after that rant. 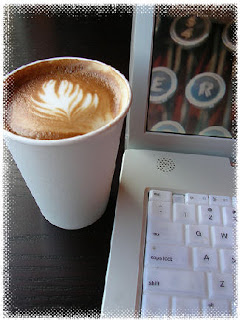 Secondly, I know my blog posts sometimes rants about people in my life, but please, those people in my life who read me -- it is not about you "personally".  I may refer to something you may have said or brought up and tie it into a sometimes complicated point that I’m trying to make, but when you start taking my blog posts so personally, it makes it hard to really write honestly on here. I write about everyday life or whatever I’m feeling.  Sometimes, I’ll jot down a bit of what’s happening on the news and rant about my opinions on it. It’s different all the time. But my best writing in my opinion, are the things I experience everyday. It’s the people I come across, the interesting conversations I have with random people or interactions with a stranger.

On a post dated on October 2nd, entitled, “A Deeper Found Uniqueness”, I was asked by a friend why I had brought up the question she had asked me. In exact words, I had written, “The other day I was asked if I had any “straight friends”. It was apparent that this person had not seen beyond the small scope of my sexual orientation, but rather, she chose to see what she wanted to see.”  She was offended by this, and I do apologize, however it gave the post some meaning and explanation of certain things that had happened in my life. We had discussed her initial meaning of that question, and it turns out that she wanted to know if there was jealousy on either sides, whether straight or gay: does someone within a coupled relationship or marriage get jealous over an outside friendship? I want to tackle that issue on my blog today, with the risk of being asked later on, “Why’d you do that?”

I think it’s safe to say that no matter what, straight or gay, it depends on each individual relationship. In my opinion, if there is too much jealousy inside a relationship or marriage, then something has to be communicated about and sort out right away. With Madelene and I, we don’t get ‘that close’ in order to develop complicated feelings, or feel emotionally attached to a friend in order for bizarre things to transpire. However, we have had, male and female friends who have taken a liking to either one of us on more than just a friendship level. It’s immediately stomped out by our marriage and our invisible “line” that we don’t let people cross. It happens, not often, but it does sometimes. Another question was posed that if one partner goes out, does the other get intimidated by the close bond or friendship that has developed. With excellent communication that Madelene and I both have, we know how we feel about one another, and we also know how the other feels about each one of our friends--we’re very honest--bluntly honest in fact. This is one of the main reasons why Madelene and I hardly ever have jealousy issues of any sort. And it’s not that we don’t love one another enough - it’s because we love one another unconditionally and know that we’re only human.

Here’s another argument or, ‘debate’ I had with an old friend regarding jealousy... She was so upset that her boyfriend was ‘thought to be’ looking at another girl while walking through the mall. She voiced her strong opinion about this and said, “How can he do that to me?” Well, she better get a huge funnel and drain all of his testosterone out. She asked if that had happened to us, with Madelene being right there to hear this entire conversation. We explained, that when we go out, Madelene and I both admire women together. I even point out good looking men when I see one. We may be married, but we’re not dead yet. Usually, our tastes are a bit different, so sometimes she’ll shoot me a look and say, “Are you kidding me”, but sometimes, we’re staring at a woman thinking, “Wow she is gorgeous.” I don’t think there is anything wrong with that, in fact, the more open you are with your partner or spouse regarding seeing others as sexually attractive, the more closer you become. It becomes more honest and real. I’ve always found that to be true, even while dating my ex-boyfriend years ago. We did the same thing. We also had the same thing in common: women. It made it a lot of fun to go out and compare tastes in various types. We never took a woman home - it was just a nice little game we played and seeing what catches my lover’s eye.

Unless you put blinders upon your mate and drain all the hormones out of them, you can be sure whether you like it or not, the eye always roams. You cannot control human nature. There is a fine line between admiring and gawking of course, but the limits are solely up to the couples involved, in my opinion.

So yet, another wonderful topic to bring up due to a conversation had.  Without the raw honesty that goes into this blog, it would be purely fictional.
Debra Pasquella healthy relationships relationships sweat lodge unconditional love