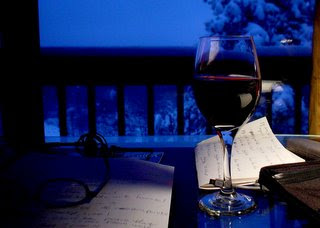 A long period of my adult years were spent living in a little apartment above from my parents, if you want to call it that. Granted, it had two bedrooms, two living rooms an office, plus a full bathroom, but when you walked downstairs, it was lacking a door to separate the two sections in order to make it officially private. There was a huge deck that overlooked three neighboring towns and a lake which was breathtaking. The fact that I’m pretty close with my parents, and best friends with my mom made it that much nicer. The only problem or, (problems) were that #1. My parents both smoke like chimneys, which made it difficult in the winter when my asthma flared up and #2. My mother never really took my writing seriously. She thought freelance work was something retired people did - not for someone in their late twenties begging publishing houses to at least read their manuscripts. But it was okay for a while. It helped a great deal to stay home for a while and save some money as well as get closer with my parents. I saw more of my family too, since their house was the main house for family gatherings. I’ve never looked at my situation back then as a negative thing, I just thought of it as a stepping stone that was very much appreciated. I’ve noticed that there are many people who look down on others if they live with their parents or live with other family members in order to get by to help one another out. Plus, most families who do this are usually close-knit or it would be complete chaos altogether. Many Italian families have the umbilical cord still attached, which is one of the many excuses I use as well. The parents never want their “babies” to leave the nest. Call it the empty nest syndrome or call it whatever you’d like, but sometimes it works out better for some. In my case, it did for a while, until I knew that I must leave the nest once and for all. It was more about having my complete dose of privacy. Sometimes it’s nice to close the door to your home as well as shut the entire world off, if that’s what you feel like at the time.

I use to get flack from other people, which I had then noticed, were not very close to their own families. They’d lecture me about being in my late twenties into my early thirties about still living at home. There was no problem on my side or my parents’, but there seemed to have been a problem on those people who looked down on it. And now, looking back, those people who criticized me were the very ones who were envious over the close-knit bond my family had. They’d always want to come over, and some felt as if they were part of the family. These very people either had no family in the immediate area or they had volatile relationships with their parents and siblings. The ones who were close with their families always thought it was great that I lived in an upstairs apartment in my parents’ house. There’s something to be said about that. 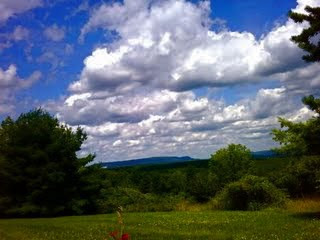 More and more people are settling into relatives’ houses to save money due to the economy. I see nothing wrong with it if the parties involved are happy and content with their environment. Even before I dated Madelene, I dated people who were always ten years older than me, who still lived with their parents, and not even in their own little apartment from them. They lived in the same quarters. I never minded it. I actually thought it was quite charming to see them getting along so well and living along with one another so nicely. For the people who mocked them for not having their own place at the age of 25 was sort of lame. There are people who choose to and there are people who have to sometimes. There are people who absolutely have no choice but to live on their own without the help of family members, or more so, the company of family members. Maybe it’s the mix of resentment and past history that makes them think differently which makes them appear bitter toward people who still choose to live with their family members? Or maybe it’s just my own opinion that I see nothing wrong with this?

With that being said, I’m just glad I had the opportunity to live with my family while I was growing up, as well as into my adult years. I don’t regret one day of it, yet I am happy to say that it made my life much sweeter when I left the nest. And sometimes, I even get homesick a little.