The Silent Insanity of Life Coaches 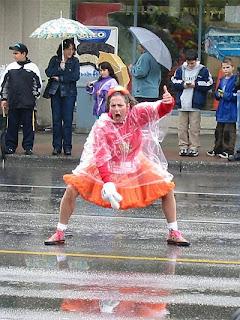 Call me judgmental, but when I hear the words “life coach”, I cringe. Most life coaches are conjuring up more ‘fans’ to attend their $500.00 seminar and buying heaps of their CDs on “life’s instructions”. I think helping people is great, but when does it ever get to the point of swindling people out of money just to give them a few words of encouragement? I’ve received a few unwanted emails on Facebook from people who aren’t even on my friends’ list. “Come log onto my live internet talk show”, and then they provide ways where you can sign up and buy your million dollar ticket into getting a few words of bullshit. I’m being harsh, but there is a reason for my madness.

A few years back, I was picking up my friend who had lost her heat in a five family apartment building. It was a beautiful Victorian house that was rebuilt and designed for rentals. It was 20 below 0 outside and she had no other means of heat. I offered her to stay at our place since we had heat as well as a fireplace just in case ours went out too. Her landlord’s oil burner kept crapping out, leaving the entire building freezing. It was then we heard a knock on the door. It was her neighbor. She lived downstairs with her son. She wanted to see if we were having the same problem as far as no heat. She sat down on the couch and started rambling off about her messy divorce. She badmouthed her ex-husband to the point of no return. She was slightly shaking while talking to us about other personal matters (which we did not need to know) that she was upset with. Her eyes were crazy. They were jolting from side to side, and her leg was shaking so incredibly fast that I wondered if she was on some sort of drugs or medications, but then came to realize she had some sort of emotional problem. I asked her what it was she did for a living, since she was crying about how she had no money. She responded: “I’m a life coach.” My friend and I just shot a look at one another like, “Is she serious?”

About a week later, we were carrying a little entertainment center that I was giving to my friend up the stairs of the building she had lived in. This “life coach” comes running up to my friend while we’re lifting it up each stair one by one and says frantically, “Are you okay??? Is everything alright? I heard screams coming out of your apartment! What happened? I had a feeling-- a very very bad feeling! My intuition is always right. Are you in trouble?” My friend just gave her a look of fear and told her she hadn't been home the entire weekend. The lady backed up slowly, nodding and staring at us like a complete lunatic that had just seen a few martians land and stumble onto the front lawn from outer space. I tried to compose myself and make like it was no big deal. We continued the best we can with muffled laughter to haul this thing back up the stairs as we were initially doing.

As we huffed and puffed while sitting on the entertainment center upstairs, with the door locked and bolted, I looked at my friend and said, “You gotta be kidding me. She’s a life coach? Are she for real?” We had a good laugh, but with all seriousness, isn’t that sort of scary? I’ve met a few more “life coaches” that had similar personality qualities. They were slightly “off” or they lashed out at the smallest of things. Some of them laughed like lunatics - overdoing it to show “enthusiasm” or wanted to make people feel their excitement of insanity. I cannot explain the quality of these people I have met who are in this line of work, but is it safe to take advice from someone who appears they have just gotten out of a mental institution? On top of that, their business is solely run off begging people for money. You can argue with me till you're blue in the face, but this is what I have witnessed with my own eyes and personal experiences. What’s wrong with a good old fashioned therapist to talk to these days? The big deal now are “life coaches”. No offense to anyone who are life coaches, but seriously, take a look at some of the people you work along with. Evaluate their actions a bit and most of all, their motives. I have many other similar stories like the one I have described in this post, but I think you get my drift.

I realize we all have our little quirks and problems in life. That’s just being human. But seriously --would you go for “life coaching” from somebody who appears unstable? It's like getting your hair done by someone who is bald or getting a manicure by someone who has ripped up cuticles and jagged edged nails.   I apologize if I sound rude, but it’s a question I have always raised silently. I guess now, it’s not so silent.
crazy life coach Debra Pasquella life coach life coaches life coaching seminars