Did You Really Have to Say That? 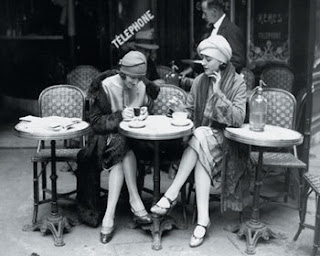 While grabbing a coffee at a local cafe nearby, I overheard a woman say something I knew that she would soon regret. She had reconnected with an old female coworker while waiting for her latte. By the conversation, you could tell that they’ve worked together for a long time, but when the job ended, so did their friendship. They never kept in touch after the company went out of business. It seemed like a friendly little chatter, until the woman asked her old friend, “So, when are you expecting?” You could tell the woman was shocked by this question, leaving me to believe that she wasn’t pregnant at all. Her response was, “The day you get a face lift.” She then dropped a wrapper in the garbage and quickly shuffled out of the cafe obviously insulted. The woman still left in the cafe looked over at anyone who may have overheard this appalling exchange, shot a glance at me and then slightly lifted her arms as to say, “Did I say something wrong?”

Whether it was a matter of being right or wrong by asking that question, it was more of a question about the levels of social skills. In my opinion, it’s a total faux pas to ask someone if they’re expecting without knowing for sure if they are indeed, pregnant. But that’s just my opinion. There are many topics not to bring up while interacting with certain people, especially those you don’t know well, and those you haven’t seen in a very long time. People get offended very easily and others simply blow things off as if it were no big deal. You have to use discernment and your own personal judgment. Do you know this person well enough to ask these questions? I even feel that asking, “Have you lost weight” may be seen as offensive, because that implies that you thought they were once overweight - even if they were - it’s still better just to remain quiet or just say, “Wow, you look great!” 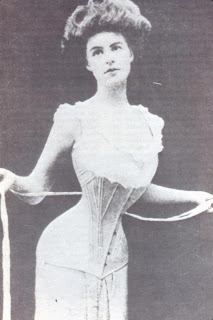 Here’s another thing I have witnessed... I have a good friend who recently lost a lot of weight. She was the nicest, funniest person you’d ever want to meet. She’d go out of her way just to make you laugh. She was warm, caring and willing to help if you needed her at any given time. She was just a pleasure to be around. She accepted everyone, but with her limits of course, like anyone else. When she lost all the weight, she became a total different person. She became arrogant and offensive. She’d say the very things she used to get offended over. She now mocks people who are overweight and pokes fun at people less fortunate than herself. This one girl, who I simply adored, has become a total different person all because of her weight loss. I’ve seen this before with many other people who have lost a significant amount of weight. My question is: was the arrogance in them this whole time, but they just couldn’t let it out due to fear of being attacked and being called, “fat”? Or is it simply resentment for those who have tortured them in the past for being overweight? I could never figure that one out. I know confidence goes a long way, but when does it exceed the limits and trickle over into the category of arrogance?

Maybe some people don’t realize what they’re doing or saying.  Maybe it was how they were brought up - but I hate that excuse. I can’t stand it when people just throw out, “Well it’s likely he or she was brought up differently”---and I know that statement holds true somewhat, but to use it every time someone does something shitty to someone just baffles me. There is always a psychological reason for behavior, but when I see it unfolding, I just have to raise my eyebrows and think: “Did you really have to say that?”
arrogance common courtesy Debra Pasquella insulting people rude people social skills weight loss