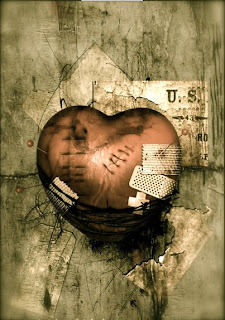 Sometimes I feel like everybody in my life wants to give me a jab because either they’re in a bad mood or they resent me for something.  Maybe it’s all in my head, I don’t know. As of lately, I’ve noticed certain people who are in my life poking at me for the smallest of things, making a big fiasco out of nothing. I find that if I don’t respond the way they want me to (combative and explosive), then they seem to get angrier. I simply accept what they say, without it seeming arrogant or nonchalant, nor undermining their feelings, and then I get blasted with a well thought out rebuttal as though they were saying, “Watch--this’ll get under her skin...”

Even when I try to go out of my way for these people to do nice things for them, or to make them feel better when they’re seemingly in a disgruntle mood, I get comments like, “Aww, was that a Hallmark moment for you?” Maybe I don’t understand people as well as I thought I did. Maybe I’m doing something wrong here but all I know is, people hurt others for the strangest reasons. Some I’ve found are so insecure with themselves, that they’ll jump through hoops in order for you to feel the same way. If they’re having a shitty day, rest assure that they’ll find a way to make yours shitty too.

I truly believe that if you’ve ever been burned, hurt, or verbally abused in your life - this does not mean that everyone else is out there to get you, or will do the same thing as others did to you in the past. I know many people have trust issues. Even I have trust issues, but in life, you have to take chances with people and give them the benefit of the doubt. The way I see people treating one another, (and I’m not excluding myself here either, ‘cause God knows I’ve said some awful things in my time)-- it's just so sad. We communicate with proverbial shields and double-edged swords. We try to protect ourselves so much and lash out when needed, or sometimes, when it’s not needed at all. Our temperaments have spiraled down into an explosion of raw emotions and our patience has dwindled down to a pile of ashes.

So next time you feel like giving someone "the jab” just because you’re not feeling up to par that day, just remember- life has a funny way of boomeranging the jab right back atchya’. Karma’s funny that way, and in no means do I imply revenge, it’s just how the universe works.
Debra Pasquella hurting people patience understanding verbal abuse