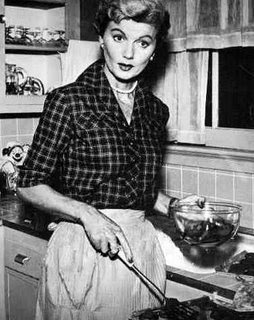 Back in November of 2004, I was finally fed up with wearing contact lenses and having to wear these Coke bottle-like glasses when my eyes needed a rest from being suffocated. Although the glasses I wore were high end names and very trendy, my eyes appeared like little black dots due to the extreme near-sidedness. It looked like I had no eyes: just a mouth, nose and glasses. I was legally blind, so at times, I needed to wear reading glasses on top of my contact lenses. I was a complete mess. Every morning, I’d reach to feel for my glasses on the nightstand, knocking down whatever else was in the way. I literally could not see past one inch of my face. It was time for a change.

I went in for a consultation with a well-known doctor for lasik eye surgery in Westchester, NY. I figured, if he did Tiger Woods eyes, then he must be good. Tiger Woods was legally blind like myself, but with a much bigger career with smaller holes to fill.  As I got each eye tested, poked and prodded by the eye doctor’s assistants, I had to wait in a small room to finally see if I was a candidate for lasik eye surgery. After two hours, a woman comes in and tells me that one of my eyes had a cornea that was way too thin to operate on, and if I did want to go ahead and continue, that I would have to sign a waiver form where if I did lose all of my cornea, that they would not be held responsible for making me blind or having to get a cornea transplant. I signed every waiver form possible because to me, I was blind already. It was then I had asked to speak to the doctor who was going to perform the surgery.

“I’ll be operating on you,” the woman said, with a slight firmness in her voice.

Did she mean “help” operate, or did she mean she was the surgeon? I had just signed my eyes over to a woman with a knife. I’m all for women's rights, but when it comes to my eyes - the two things that enable me to see the world - I admit, I was hesitant because it was a female doctor. Although I felt bad about how I felt and assuming that the doctor would be a male, I also stood my ground and really wished I had a male doctor. She had done many celebrities’ eyes and for her, I was just a pion that had a bit of money to spend for my peepers. She then asked if I was ready to go in, handed me a valium (yay), and walked me down the hall into the operating room. When the door opened, there were four other women around the table to help with the procedure. Oh how this killed me. There was not one man there to watch over the surgery. Okay. Okay. The show must go on. Hindsight 20/20 (literally) they performed miracles, and I have never seen so clearly before in my life.  I was proven wrong.

This also reminds me of a time when Madelene and I were looking for a minister to marry us. She kept picking out female ordained ministers. Of course, these ladies were also lesbians too. I didn’t want that. I wanted what everyone else got - a male priest who believed in the trinity and who presented himself in a more official way. It sounds very narrow-minded, but it didn’t seem official in my mind if it wasn’t “traditionally done”. I mean, granted, gay and lesbian weddings aren’t quite “traditional” in the sense that we would think it would be, but I wanted it to feel real, because my love was real.

Last year, three months before our wedding, we had many ministers in Provincetown, MA offering to marry us. Most of them were ordained wishy-washy extreme feminist-type liberals. I cringed. “No way am I having one of those hardcore militants marrying us!” We sifted through tons of lists of ministers and finally found a male Christian minister who believed in gay marriages. I was thrilled.

Call me an antifeminist if you’d like, but I still believe in traditional aspects of certain lines of work and religious orders. For instance, I refuse to go to church having a female minister, yet I will listen to female ministers on the radio or on TV, like Joyce Meyer, and take it more as an encouraging seminar, rather than a service or mass. I’m also hesitant about female presidents. When Hillary Clinton was running for president, I would have voted for her, however only because I knew that her husband, who I love, would have helped her a great deal. I’m not sure if I even like what I’m saying, but this is just my pure honest and raw feelings about how I feel about women in high positions. I know that some of you will have opposing views, which I expect and respect, but all my life I have felt this way. ...I wish I didn’t.
antifeminists Debra Pasquella feminists gay marriages Joyce Meyer lasik eye surgery Tiger Woods women's lib