Solace In a Little Brown Bag 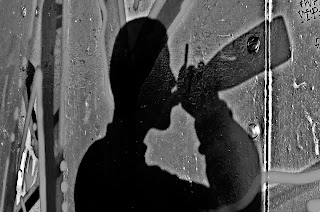 With today’s economy and downsizing, it’s inevitable to think about the reactions of other people when they lose their jobs, homes and sometimes their family, due to the stress of everything. You hear about the guy who jumps into the river because he lost his job. You hear about the other guy across town shooting his entire family and then himself, because his wife left him and the termination of his job was the last straw. Again, like I asked in my previous post: what determines the “last straw”?

The other night while I was sitting in my AA meeting, it was “Ron’s” turn to speak. He actually stood up, with his disheveled hair and dirty mechanic’s jumpsuit on and said, “You know, today’s a bad day. My wife and I have been talking about a divorce and today before I left work, my boss sat me down to explain that he had to let me go because they weren’t doing so good. After 15 years of giving them my best, they fire me! Me!!! And now, my wife is definitely going to leave me! What do I have to live for? Right now I wanna kill everyone! But, I haven’t touched a drink. Thanks for letting me speak.” and then he sits down all nonchalantly, as though those words didn’t scare every single person sitting around that huge table.

I honestly didn’t know whether to say, “Buddy have a drink” - or just hope that he doesn’t drink. I don’t know which is worse anymore. But now, I have the question in my mind: is it really safe at these meetings due to all the job losses right now? I feel so bad for these people, but you can’t help but think: most of these people are depressed anyway, holding out for one more day of sobriety, when our world is collapsing around us before our very eyes. Who's going to be the first person to snap? I don’t go to these meetings daily, because I really don’t enjoy alcohol anymore and know that I’m somewhat allergic to it - so with or without AA, I’m done with it regardless, without the desire to pick up again. But that night, I decided that I am never going to step foot in one of those meetings again. It’s just too risky.

Then yesterday, as I was waiting inside the Sprint store to get a few Blackberry accessories, I saw “Ron” walking past the store with what it appeared to be a bottle in a paper bag - possibly a 40 (one of those larger bottles of beer). It was around lunch time, so I figured he was making his way over to the pub down the road, but instead, he sat down on the bench near the park. I had this strong urge to walk over and sit next to him, but I couldn’t for some reason. I wanted to talk to him and be a friend to him, but I was scared. I didn’t know what to do, so I got in my car and slowly drove off, watching him sip from his little brown bag.
alcoholics anonymous Debra Pasquella economy