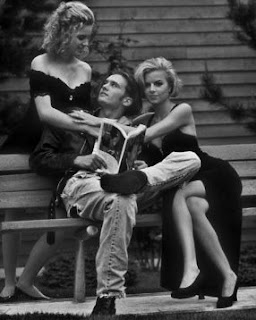 I’ve always had a fascination with the reality or the lack of upon those who pursue a person romantically who are already in a relationship or marriage. It happens to a lot of people and who am I to judge, because I’ve done it before too? In the past, I have been pursued by my female manager who was already married to a man. The feelings were mutual, so the friendship blossomed into a romantic one.  For me, it was a “safe” way of not getting involved too heavily with someone. I didn’t want to commit. I hated the word commitment - it drove me nuts just to hear it. It became awkward walking into the office because now the relationship had become two people who were now in love with one another. Eeeek! I never saw that coming. But, like they say, they never leave their husbands or wives no matter how much they bitch and moan about this that and the other.  So, I was duped nonetheless. I take full responsibility for my behavior. 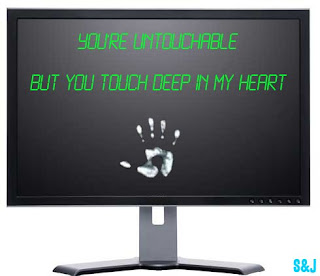 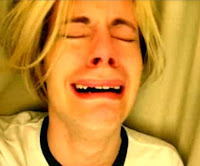 What about the internet? Many people I know date online, but the difference is: meeting someone online and then eventually meeting them for a potential relationship or friendship is great. In my own personal opinion, just “dating” someone online without the potential of a meeting, because they live across the world from you is pathetic. It’s just heartache waiting to happen. I spoke to one girl that I’m friends with, who said she was “seeing” someone online. In her own words, she had stated that the woman she was seeing across the world from her was already crying over the phone and stating how much she misses her and had developed deep feelings toward my friend. She had read my previous posts and asked if it was a “red flag” that there were a few crying episodes with this new “love” she had online. Over the circumstances and reasonings why she was crying-----total red flag!  I know, I sound harsh, but I just cannot see someone having a healthy relationship that is living in a world of her own safety “net”. These people usually only develop friendships over the internet and rarely go out of their own  homes to make healthy ‘in person’ relations, to socialize and mingle in the outside world.

They get caught in the vortex of their own visualizations about that one person, make assumptions and develop their “own” sense of imagery of how they would like to perceive that person, when in reality, it’s quite different. They don't know them.  I recall when I met someone online once, and she had told me a cornucopia of alluring qualities that would have had anyone interested if they heard her description of herself. I’m not even talking looks-wise, because I don’t base my relationships upon looks, although it does help - I’m more concerned over people who kick it up notch regarding their lifestyles, their behaviors and what kind of person they really are - moral-wise, values, integrity and so forth. It took me a full year to realize: whoa, total different person than I once met. Her true colors came out, and let me tell you it wasn’t that easy to get away from. Now that she had me firmly by the teeth, I was literally scared for my life to leave the situation without it becoming ugly.

This person who I totally trusted 110% turned on me, cheated on me, and soon on, later found out that she was in fact bisexual. I have no problem dating a bisexual, but I draw the line when it comes to pushing the borders of monogamy. I caught this person cyber chatting sexually with another man,  as well as having an affair with her boss at work. Business trips were “pleasure cruises” if you get my drift and I had to find out the hard way. I had to keep requesting her to go see a doctor for blood work, so that I knew for a fact and for myself that she didn’t have an STD.   She cried and cried and then grudgingly walked inside the doctor’s office waiting to get a few pricks in the arm. The one person who said she would never do this or that ended up doing ‘this and that’...and of course, the other thing.

Do you feel that those who pursue married people, or those who are safely put away across the world and date online only have commitment phobias? Or do these types of people want to have their cake and eat it too? I don’t understand the psychological reasons why people would want to set themselves up for an inevitable heartbreak, or is it the other way around? Do people who are married or who are across the world accept these types of relationships for the same reasons? Is it their safety “net” too?
bisexual cyber sex Debra Pasquella having sex with the boss lesbians monogamous relationships online dating relationships threesome