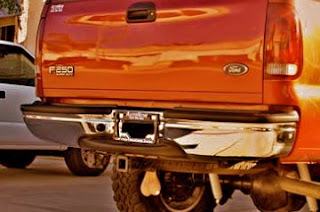 Sometimes working from home can really do damage to your nervous system. First, I woke up to the sounds of constant banging and tearing apart of something larger than life, from the apartment below. My neighbors are renovating their place and there is absolutely not one moment of silence until after 4pm. The guy that lives downstairs is a “tough guy” - a no bullshit type of guy. When he’s home, you can hear him talking as though he was sitting in your own living room. He screams, when he’s talking in his normal voice. “YO! Where ya puttin’ that? Bring dat’ ova’ here!” The person he’s speaking to is probably right in front of him. The other day as I was outside in the parking lot, he comes out of his huge F250 pick up truck with a 12 pack of beer in each hand, nods his peach fuzz head and says, “How you doin’???” He seems really nice, like a distant annoying cousin that you can only take in small doses. His girlfriend that he lives with is not as sociable as he is. She won’t even get out of the car if we’re still unpacking groceries. If she's walking outside, her head is completely tilted down as she trots past me quickly.

Occasionally, I hear the two fighting. It’s usually when they have come home after a night out of drinking. At first, I immediately faulted the guy. She was crying - how can you side with someone who’s not crying? But, the more spats and arguments that went on, the more I learned what a fricken nag she is! This poor guy lives with someone who is a constant nitpicking bitch from hell. As I was in my office working, I heard them walking down the walkway toward the apartment building. When people are outside the building, you can hear every single word they say, even if it came down to a whisper. I heard, “Well, it’s not as if those idiots give a shit. Thank God they don’t live above us.” They were complaining about the apartment below them. I was relieved because we’re above them, so she was basically saying we’re pretty quiet, aside from Madelene’s heavy foot and my occasional romp on the treadmill.

Lately, it seems as though the guy has been getting friendlier and actually going out of his way to make a greeting. I was already inside my car settling in, putting my purse next to me and reaching for my seatbelt, when I notice my neighbor trying to get my attention through my limo tinted windows. I rolled down my window and he says, “Oh, I just wanted to say hello!” I greeted him back and wondered what that was all about. We’ve never spoken before and he seems too eager to get to know us now, after a year and a half of living there.

So last night as I’m getting ready to hit the hay, I hear them bickering. They weren’t exactly yelling like their usual fights, but just a light ‘bicker’. I was in the bathroom about to wash my face when I hear, “WHY??? Because they're LESBIANS?”