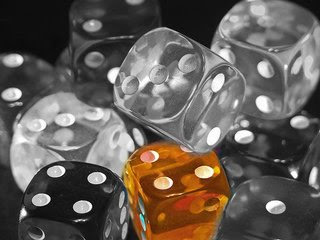 Ah, Wednesday morning, the birds are chirping, the kids are outside laughing and playing while waiting for the bus and the goddam neighbor is putting up drywall in the apartment next to me. I’ve been battling with chronic fatigue syndrome for the past three weeks now and it has affected my work and play a great deal. Saturday I had a nice little break from this foggy feeling and was able to mingle with my friends.

Come Sunday, Monday and Tuesday, I was a total dishrag. In fact, every single muscle in my body ached and my thoughts were scrambled as if I sucked down an entire bottle of cough medicine. Some would call it depression or (SAD) Seasonal Affective Disorder, but I’m going to go with Chronic Fatigue Syndrome. Yes, I have officially diagnosed myself. I’ve been working on a few projects at one time and I’m not much of a multitasker. My personal diagnosis of ADD tells me this. Or could it be a mere “disinterest”? Who the hell knows - everything is so damn vague these days. Manic depressives are now bipolar and multiple personality disorder has twisted into dissociative identity disorder. Everything has a label and pill to fix you. And if you don’t have a label on your forehead, doctors who receive generous kickbacks are more than happy to supply you with one. This is why I love my doc so much, he lets me decide how crazy I really am.

Here’s my dilemma: I’m coming out. No, you all know I’m gayer than KD Lang, but as far as my work is concerned, I’ve been writing for a religious organization that has basically closeted me in as a homosexual. So, I’m not “out”. What torments me inside is that I’d rather be helping people like myself in various areas, instead of giving shallow, positive messages for hardcore Christians who would hang me if they knew there was a gay writer behind these short articles. That really gets to me and I didn’t realize this until later. I thought by just writing these positive messages, that it would help and make people feel better. But what about me?

In the beginning of my journey with writing, I focused on religion a lot, because I’ve experienced God in my life and I was so excited to share this with everyone. Within a year of my writing career, I was tested by the fundamentalist Christians who basically beat me to a bloody pulp. Phrases such as: “You’re going to hell”, “You’re a mockery to God”, and “God hates the sin but loves the sinner”, have all taken a toll on me emotionally, spiritually and physically. At times, I didn’t quite know why I was feeling down or depressed, but I tried to self-medicate by drinking through it.   Jesus made water into wine, right? I had a whole bunch of excuses to drink and God being an excuse to back me up spiritually was very comforting.

In the archives of my blog, as well as the contents of my book, I focus on Christianity, biblical scriptures as well as my experiences and life with God. My blog has changed a great deal. I have changed a great deal, however, my relationship with God remains the same. I feel like a battered woman who has been beaten so severely by other Christians, that I am no longer able to fight back. I will keep my faith, however I will also remain quiet and hold God close to my heart. I thought I was doing a good thing, but apparently, I was riling up many Christians who were appalled that a lesbian can even call herself a Christian. The audacity!

My work has suffered a great deal and I am leaning toward 'humorist gay and lesbian relationship' type of material to fulfill my dream of writing, instead of hiding behind a pen name for some religious magazine. For those of you who have just logged onto my blog for the past year, it’ll still remain the same type of writing, but for those who have been reading me since 2005, you can see it has changed a great deal, but I assure you I am still the same person with the same beliefs. Sometimes you just have to decline in the battle of debates. This doesn’t mean I have given up, it means I have said what I needed to say and moving onto different things.