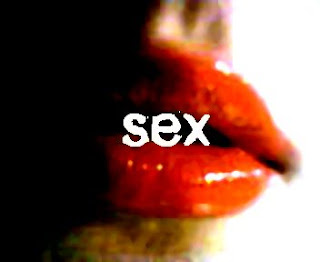 During a recent conversation with a friend yesterday, the words, “boring sex” came out of her mouth when describing her last intimate encounter with somebody she had been dating for the last couple of months. No doubt, there’s gonna be a whole lotta’ gunny sacks out there, but what makes boring sex, “boring”? She said she wished it was over with by the time they even started.
Not good.

But think about it… What makes sex boring? Lack of enthusiasm? The need to count each grid on the ceiling? What?

I can blurt out a whole buncha’ political and religious babble, but I certainly can talk freely about sexual matters too. I’m not an expert or a sex counselor, but I definitely know the signs of boring sex and why people are having it.

It’s not by choice either.

Let me be slightly discriminative right now and ask only the men and lesbians this question:

Have you ever been with a woman who was so uncomfortable with her body and just her overall ‘self’ that it made her timid and shy? She can be the most outgoing and sociable person outside of the bedroom, but behind closed doors, she becomes introverted and scared. She completely turns into a mute. Even the first kiss is stiff, tense and awkward. Her eyes may even be open while kissing her just to see your reactions. She’s checking for your approval. Most of these people even 'talk the talk' a bit too much, until they have to walk the walk... The more someone brags about 'how good they are in bed'---make a note that it's usually the opposite.

Being self-conscious in the bedroom turns into boredom for the other person. They fear you’ll think they’re a freak and eventually stop, drop and roll right out of the bedroom. With that being said, of course each person is different, so I am only speaking from past experience (not with current partner hehe) and from stories I have heard.

Overall, when you think about “the librarian”, what makes many people attracted to some of them---“the sexy librarian”, when in reality, they’re more conservative and nerdy looking people? (I don’t speak for all of them…) Is it the fact that they “may” have another side: a wild, fierce animalistic woman ready to take off her glasses and take down her hair for a vicious attack? We can only hope that’s the case.

Inhibitions. You need to put that in a bag and shoot it if you’re walking into the bedroom with your partner. Most people don’t want “silence”. That’s only meant for in the library. If the other person feels the insecurities and inhibitions spewing out from you—they’re most likely going to do the same, unless they find it a challenge and try to tap into your wild side. I have to say that most people sort of mimic the behavior and the entire experience turns out to be one big flop. (No pun, guys.)

So here is Dr. Deb’s advice to my friend who stated that the girl she was recently with was “boring” in bed: try to tap into the other side. Let her know it’s okay to talk, yell, demand, and turn into the wild animal she’s always wanted to be. If she doesn’t know it’s okay, she’ll think it’s forbidden, as it is in the library.

No "sssshhhhhhhhhh’ing" is allowed in the bedroom...
(This may also apply to the kitchen area, living room and motor vehicles.)
intimacy love relationships sex sexy librarian