Are You a Control Freak? 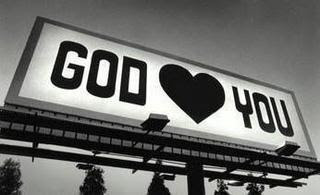 A topic of conversation had been brought up about the concept of parental love vs. love from God; almost a comparison really. In the past I’ve stated the same, almost justifying my parents acceptance to God’s acceptance about my lifestyle, but it’s not the same.
Even in the scripture in the bible I’ve quoted many times:
“How terrible it would be if a newborn baby said to its father and mother, 'Why was I born? Why did you make me this way?'” –Isaiah 45:10

This was meant to display our questioning of the love we have from “our father”---{GOD}----not of our parents here on earth. God tells us in the bible to come to Him as children. What that means is, come to Him without the “earthly intelligence” and humble yourselves as innocent children craving His love, wisdom, acceptance and forgiveness. Our intelligence here on earth is so limited compared to the bigger picture that God sees, that it would absolutely blow our minds to bits. What is reality; the knowledge of what God is and how He works and us trying to understand all of that would be like fish trying to comprehend algebra. We only see a small part of God’s entire work----a speckle of what He’s about, compared to when we actually see Him in the afterlife. He sees the “bigger picture” and knows what’s best for all of us.

With that being said: the more we try to control our lives and have things ‘this way’ or ‘that way’, and God wants it ‘another way’---you will always fail to get from point A. to point B.

Lose the control.
”Trust in the Lord with all your heart and lean not on your own understanding; in all your ways of acknowledge him, and he will direct your paths.” Proverbs 3:5-6

If it’s God willing, whatever you want will come into fruition. If you go against the grain: it. just. won’t work. Or, it won’t work out as well as expected.

I tried dating men before. As I’ve mentioned before, I was even engaged to a man before meeting my current girlfriend. I truly did love him, however I knew since I was a baby---(I am not exaggerating)---that I was “different”; that I was gay. I tried to go against the grain, but failed in those heterosexual relationships because it wasn’t the life meant for “me”. I wasn’t trying to be rebellious or controlling; I was actually being rebellious trying to defy the laws of which my heart swayed. It didn’t work. I gave up my control and went with my heart; my call in life which was to be with who I love and not who I was “supposed to love”.

Another type of letting go of control is hearing God’s voice and doing what He tells you to. There are times when God will say, “Give up everything you have for the better.” Think about it: if God were to tell you today to give up all of your money for the poor, would you do it? Or would you try to reason with God that you need this money because of your survival mode? Would you try figuring out whether or not it was actually God’s voice talking to you? It’s hard. Being that we have the 'survival mode' within us, we want to support ourselves, our families and make sure our life is well put together. But again, God calls: give up everything. What do you do? Do you trust in His voice? Or do you go against the grain and keep the money, your job and try your hardest to ignore the call?

Some people have that calling and others don’t. Recently, a family member of mine gave up all of her money and belongings to a Christian commune that takes care of their own. You work among the community and never think about the almighty dollar. People help one another and live as a “family” who hold the same belief system. My mom insists it’s a cult... I think many places go astray and become cults. But, I did see a documentary about this wealthy female stockbroker who gave all of her money and belongings to a Buddhist camp (commune) to live among people of the same faith. She said her job was to garden. Everyone has his or her own job. She never worries about money or putting things before her God. She lives everyday without the typical life stressors. She focuses on her spirituality...and it shows. They showed a photo of her while she was a wealthy businesswoman: hard looking, well groomed walking business suit. You could see the stress in her eyes. Then, they showed her today: calm, serene, full of spirituality and love. Even her eyes softened up. It was amazing. She gave up control and gave everything to God.

I just wonder: if we can give up all control, where would we be today?
Christianity God homosexuality love religion