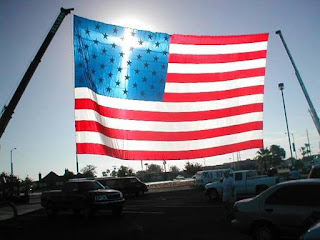 People have been buzzing around with the “threat” of writing somebody into office instead of voting for a particular candidate or even just staying home and doing absolutely nothing but bitching and moaning about who got in instead. In my own personal opinion, “writing someone in” is just as bad as a baby having a tantrum when they don’t get what they want. They’re rebellious and want their voices heard, when in fact, the whole “writing in” process isn’t even looked at. I don’t see the point, however I understand why people are unsettled about the candidates that are running.

As you’ve probably guessed, I’m a bit of an outcast in the lesbian community due to my political stance and religious views. Even though I do accept my friends who believe in different religions and are left wingers or extreme liberals, I don’t expect them to change their ways, nor do I try to persuade their decisions. I do like the fact that we all have the option to speak our minds in whatever medium that may be---mine being this blog. So, if you’re a close friend, relative or a reader of mine who highly disagrees and wants to throw a huge water balloon through my window—step away from the computer and “X” out of this website. If you have an opened mind, please stay and hear me out.

As humans, I think it’s safe to say that we all fear rejection of any kind. We’re in the outcast already in society, which means a lot of judgmental remarks being thrown at us as well as discrimination, and those who shun us for our lifestyles. Understandable but sometimes not acceptable. We do what we have to do and trudge on… Most of us were brought up with some type of religious belief or faith that initially stated that we’re not acceptable through God’s eyes. Again, rejection. It hurts. What do we do when we’re normally rejected?

We run.
We hide.
Or, we can stand strong and keep pushing the walls of rejection out of our way.

Have you ever sat inside of a church and felt as though you weren’t apart of the group? What if they all reject you? …What if God rejects you? Fear sets in and depending on what type of personality you have, it’s a flight or fight situation.

What do you do? Do you run or do you face it?

Most lesbians I know dabble in other religions other than Catholicism, Christianity or Judaism. They want to be accepted in other religions, so they turn to an Episcopalian or Unitarian church so they feel more welcomed. Some turn to Wiccan. I’m not saying that every lesbian should be a Christian, I’m only stating that those who used to be Christians have moved onto other religions because of their fear of rejection.

“God has not given us a spirit of fear and timidity, but of power, love, and self-discipline.” ~2 Timothy 1:7

Fear is not of God.

So it’s rare that you’ll see a lesbian who’s political stance is right winged because that’s another chance to get rejected. For Christians, God is first. The Kingdom of Heaven is the only thing they’re after. So yes, religion goes hand-in-hand with their political stances, which makes them vote for the person with the most Christian-like views. Christians believe that life here on earth is temporary, so the importance of picking a Christian leader is crucial. Biblically, it does state that there will be a leader with eloquent speech and who will persuade others and deceive them. Our antennas go up and we feel threatened that the “beast” as it states will deceive the world and we will end up with a leader who will be the devil. May sound very mythical and wishy-washy to many who are voting only upon political sources only, but religion is a huge source of many reasons why people vote.

I go to a Christian born again church where their belief system is: homosexuality is a sin as it states in the bible. For me, my interpretation of every homosexual verse in the bible is quite different and I have proven that many times on this website. I am confident that God loves me. My choice to go to this church is only because of GOD. My choice to sit among people who disagree with my lifestyle is only because their main concern is one thing: GOD. I don’t care what other people think about me or what they do in their personal lives. I don’t mind people in the church thinking I “may” go to hell, because let’s face it--we all have that end possibility. I don’t want a lukewarm sermon or fellowship. I need passion behind faith. We are all sinners and all fall short. Who’s to judge?

Which is why I vote for McCain.