We don’t frequent bars as much as we used to, but Saturday night had us out and about searching for a coupla’ stools and some tater’ juice to make us feel good and look better. The one bar that we trekked off to used to be my old stomping ground. It’s an Irish pub long time owned by, of course, an Irish man who has since passed away and given ownership to his son who now runs the business. This place is very small, but it’s the type of place----okay----‘where everybody knows your name’. It is male dominated but by hillbilly-ish gentlemen who still value and treat women like damsels in distress – even if they’re not in distress. I even recall a time when I needed a coupla’ burly men to help lift a huge king size bed into an old apartment on the second level. I told my friend to gussy it up and show some cleavage---we’re heading into the Irish pub to recruit a few good men. …and we did. It worked like a charm. (Thank God for my friend’s cleavage.)
So it’s Saturday night and Madelene and I walked into the Irish pub. The lighting was darker than usual, there were a few guys playing darts and videos games (have no idea they had an arcade in one area), and then, when you step up into the room where the main bar is, I was surprised to learn of the new clientele and music choice for the venue. Please please keep in mind that I am not prejudice nor do I only mingle with ‘my kind’---for heaven’s sake, the ol’ hillbilly scene isn’t “my kind” either, but it’s fun to get out of my element from time to time. As we walked deeper inside of the bar area, everyone seemed to stop and stare. We were the minority-- race-wise. I didn’t care. I’m here to have a beer and mingle with whomever. We sit down and notice that this old time pub is playing gangster rap. Each guy sitting around the bar knew the lyrics word-for-word.

I guzzled my beer and glanced at Madelene. 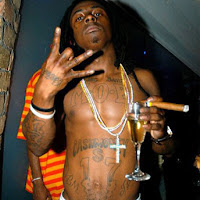 I looked over at the kid singing the song word-for-word and complimented the sound system they had. It was an enormous Bose system, typically used in a large stadium for concerts---not a small pub less than 500 square feet. The high tech jukebox used to have sounds of the Counting Crows, Rolling Stones and old time Irish songs blaring out of it. Now it had sounds from Ace Deuce, Geto Boyz and N.W.A. The kid looks over and says, “Ain’t dat’ da’ shit?” We spoke for a few and he was definitely a nice kid, but not what I’m used to in that pub. He couldn’t have been more than 25 years old. The music got louder and the entire building started shaking from the, “boom didididi boom didididi boom”!

Before I rant about this one particular dislike, I will say that I didn’t mind sitting in there listening to different music and chatting with people who reminded me of old friends from Brooklyn, however it’s what I saw outside the pub that disturbed me… 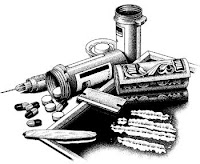 A group of guys outside were gathered around the parking lot selling drugs. I saw the transactions unfolding and I wasn’t even that close to them. No doubt, the men that used to come to this bar most likely dabbled in drugs or have had some addictive problems of their own, but they weren’t outside making people feel intimidated to walk inside the pub. This is where I highly disagree with the new clientele that has taken over apparently.

I don’t care if it were 10 hillbillies, 10 heavy metal guys or 10 black rappers--the fact is, dealing drugs listening to gangster music will draw business away and gain attention from the less desirable. This small pub has been opened since forever! It’s a landmark here. If that place closes, it will be such a shame for those who actually called it a place of their own to get away, relax and socialize with good friends.

I don’t think I’ll ever walk into that pub again.