- October 24, 2006
To think that my worst fear has come to reality. I ran out of Purell hand sanitizer. There’s no turning back, except for that trip to the drug store to purchase more. My friend advises me I should stock up on the BJ family size—which is the size of a keg of beer. I’m not that obsessed, but I’m getting there. I keep trying to squeeze out the last drops of remaining Purell that was stuck to the sides of the bottle.

OCD isn’t just trying to be pathetically clean all the time. It’s other things as well. For instance, what do you think of someone who’s super super superstitious? Think about it. 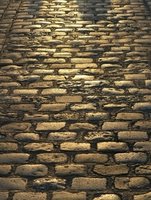 “Step on a crack, break your mama’s back.” (Those of you who have sent the movie, “As Good as It Gets”, shows Jack Nicholson hopping through sidewalks, avoiding any crack to be seen. When he sees a cobblestone sidewalk, he nearly faints!)

“Don’t open that umbrella inside! It’s bad luck!” (Another OCD symptom. Think about it—it’s obsessive to think that bad luck will come to an open umbrella that needs drying off.)

When I was a little girl, my grandmother would yell at me for placing my shoes on the table. I have no idea why I did this, but if I did, she was sure to correct me and tell me that it was bad luck if I did that. So anytime I see someone placing their shoes—even if they are super clean and new, I cringe and take them off immediately. I have no idea where that wives’ tale comes from, but it still bothers me till this day.

Okay, the number deal. I know, that’s a typical sign of the OCD mania. I used to do things in even numbers only. My favorite number was four—because I have three older sisters, making us four in total. I did this in numbers, but would avoid the number *6* for the entire family, fearing that two more 6’s would follow. Get me?

Now, I do things in threes. I know, stupid. I pump my lotion in threes, I pump the Purell in threes, I even spray my hair in threes. Three, being the trinity (Father, Son and the Holy Spirit) to give me protection and good luck. So it’s not too far off from all these other superstitions that everyone else has, right?

My socks have to be lined up evenly, and perfect. The line (the seam) by the toes have to be just right. It can’t be crooked or out of place. My whole day’s ruined if it is. My foot feels awkward and I feel unbalanced.

Now here’s something that I have to live with. I have come to terms with it, because I usually don’t see the number. I have a Nextel phone/two way radio. On the two way radio, you are assigned a totally different number other than your phone number. The ending numbers of mine, is “666”. It creeps me out and is scares me. When I worked for the phone company, I assigned a woman a telephone number with the last three digits of “666”. She was like, “OH NO!!! You assign me another number now!” I felt better, knowing there was someone else like me. But the difference is, I didn’t complain. I should have changed my number when I got it…but was embarrassed to show my OCD.

So what is the difference between OCD and superstitions? Do we all have it? Is it much like manic depressives being called bi-polar now? Is it a new word for something that has existed for years upon years?