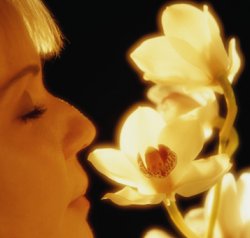 Okay, so this is looking quite like the 'Dear Abby' sort of blog now. I’m not sure what transpired between a month ago till now, but it’s different, so I’m going with it. I have received numerous emails with questions that should be answered by a professional, but I’m more than willing to give my two cents, and even happier that my readers are willing to add theirs. I think it’s terrific that these people who are emailing me not only get a response from me, but they get to hear different point of views through your comments. I don’t comment anymore, because I already gave my opinion in the blog. (Just in case some of you were wondering why I’m left out in the comment section.) I just don’t want to overstep my boundaries and keep adding to the ‘advice’. Also, please keep in mind that I have permission from these people to blog about it. In fact, a few of them didn’t care if I ‘named names’… I’m not doing that though. Names and locations have been changed to protect the guilty.

Moving on. This one’s a doozey! In fact, I was very intrigued by this. Meet Suzie. She’s a ‘in the closet’ lesbian. She goes to college in upstate New York. She has known since she was a little girl that she has had an attraction for the same sex. She’s twenty years old and had a few encounters with some female friends, but nothing major. No serious relationships as of yet, but she has been seeing one girl for a little while now. Her feelings have developed much more than a friendship level, and she’s willing to take it to the next step---the ‘girlfriend status’.

Here’s the problem… Suzie (don’t you just love my made up names?) doesn’t enjoy oral sex with her gal friend. Of course she enjoys receiving…but when it comes to giving, she’s hesitant because her gal friend has a very strong distinct odor. Yes—I went there. This is an email I received---so just shush and listen!

So many people think oral sex is the only type of sex lesbians can have. Let me just say there are tons of ways lesbians can engage in sex---tons! Oral is just a bonus. But, getting back to Suzie’s problem with her gal friend, there are a few things to remember about being with someone who has a distinct odor.

{FYI: This is from what I have read through books and the internet. I am NOT a doctor! I can only tell you from what I have learned. Please talk to your doctor about this!!! I can’t stress that enough!}

Some women who run around all day at work, go to school or have a very active life, will most likely want to shower up before being intimate with you. Remember, each woman has her own scent—but hygiene should be top priority for any woman.

If she has a problem with her odor being “fishy” or “musty”, she may want to get herself checked out by a doctor. One problem that some women have is called bacterial vaginosis (BV). It’s an overgrowth of bacteria that resides in the vagina, producing a pungent aroma that may not be pleasing. Some women feel that douching would help this problem. It doesn’t. In fact, it only makes it worse. If this is the case, she needs to get antibiotics from her doctor. It also can be some type of other infection that she’s not aware of. For some people, it’s all about their diet; what they eat and how much sugar they consume.

Be very sensitive when approaching her with this subject. A lot of women are highly insecure about their genitals. Nothing like a crotch complex to lift someone’s day. But, I will say this, if you don’t think you enjoy the scent of a woman, you may need to seek other options or hope that your gal friend is more than understanding.

Here’s something else that I read upon this. Some women have rectocele. It’s like a bulge between the tissues that lie between the vagina and rectum. Most women get this from childbirth, but other causes can be related to bowel health and constipation. The tissues will lessen, therefore increasing the chances of fecal odor during sexual activities. I know, I was shocked when I learned of this.

If she doesn’t have an infection, bacterial vaginosis, rectocele or a hygiene problem, it’s most likely just “her”. Every woman is different. We come in different shapes, sizes, colors and scents. A woman’s aroma to some is an aphrodisiac. Her pheromones may be high—which is a good thing for some! Pheromones is all about the chemistry in a person’s make up. It can either lure you in…or lure you out.

So, now that we know it can be many things, you may want to either be honest with her and ask if she’ll see a doctor “because you’re concerned about her health”…or see if she was just having a bad day.

Thanks for emailing me with your question, and I am sorry if I was too blunt and high and mighty on my medical throne over here, but I wanted to make sure you knew some of the possibilities of what may be causing this.

Now, I leave it up to my readers to advise you on what to do. We have a lot of doctors in the house! Step up doctors and sex counselors!
at October 12, 2006