Admitting You Have a Problem is the First Step...

- October 26, 2006
It’s always nice when your parents think of you. It’s great when they get you little trinkets of whatever- just because they thought of you. Well, in my case, it’s like a bomb exploded. My father seems to go overboard with little trinkets, and buys the whole warehouse full of whatever it is, so he doesn’t run out. I mean, you can literally back a truck up to the house and poor all the little knickknacks inside.

“Deb! Look wha I gotchya!” I come running over, noticing there were these really cool tiny lights that shine a tint of purple—like those new Mercedes do. I use it to read a menu in a restaurant or bar when it’s too dark inside. Great! Well he bought 500 of them.

“Get dat’ ding’ right dare’!” It was a box lying in the back of his pick up. I grabbed it and brought it inside. When I opened it, I noticed he bought the entire stock of those flashlights that need no batteries. You literally have to shake them up and down until you’re out of breath. How long does the light last for, you ask? Not even five seconds! 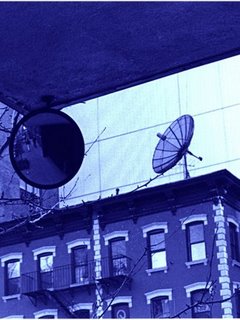 Now my father’s obsessed with video cameras. We have them all over the fricken house---at all angles---at every shot you can possibly think of. My apartment is upstairs from them, so my deck overlooks a beautiful view, as well as them viewing me sitting up there. They didn’t mean to, but they wanted to see the other side of the house just in case a squirrel comes in to invade us. When I have parties, I always tell me friends, “Listen, just go around the other side, and don’t do anything idiotic.” My father has a monitor in his living room where he watches TV, and one in his bedroom, that shows everyone pulling into the driveway. I’m not sure if this is his new form of entertainment, or a sick obsession. Sometimes I flip him the bird, just to see if he’s really watching. All I hear is this: “God damn it you crazy kid! Get outa’ here!!!” It echoes out through the house. For Halloween, I think I may play cruel joke on them, using their own cameras. I’m thinking more on the lines of faking a ghost-like image on their monitors. I have to find a way to get up there though without killing myself. Let me know if you have any ideas.

I love my dad- don’t get me wrong, but the older he gets, the more obsessed he gets with little knickknacks he sees on TV. Let me just tell you, we have boxes among boxes that have, “AS SEEN ON TV!” sign on them. He once bought the Magic Chef. It’s basically just a chopper. It’s great—no doubt, but he kept getting more and more and more and more. It was the company’s fault. You think he’s going to correct them? Of course not. He sat there with his collection of Magic Chefs and laughed. I told him he could go into business or hold a huge ass garage sale. Then you hear my mother, “Come on! Enough with these already!!!” My father pipes back, “Whaddya’ mean? Dis’ is a great deal! You crazy or sumptin’???” And then he just looks at me and says, “Your mudda’s crazy—see? I’m not da’ crazy one…your mudda’ is!”