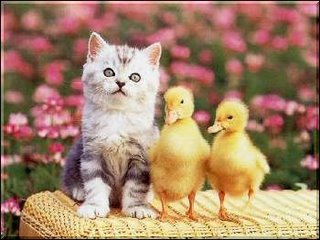 Now here’s a situation that you all may have heard of before. Bob has been dating this wonderful woman named Leslie for five years now. They both live in NYC. They plan on getting married next year with the hopes of having children and growing old together. Their relationship has its moments with little bumps of turbulences, but I think it’s safe to say that’s normal for anyone who’s been in a long term to experience that.

Bob says he loves Leslie with all his heart. He doesn’t want to marry anyone else, however, Bob has something he’s been wanting to do. He wants to invite a third party into the bedroom to spice things up a bit. He says the sex is good with his partner, but it tends to gets a little mundane now and then. Bob also states that sometimes, Leslie isn’t interested in sex that much. Bob wants it 4-5 times per week, and Leslie likes her 1-2 times per week.

Leslie isn’t a lesbian, nor is she bi-sexual. She is head over heals in love with Bob. In fact, she’ll just about do anything for Bob. Leslie’s considering being with a woman…for Bob. They’ve talked it over and discussed the ‘rules and regulations’ of what goes on in the bedroom, as well as what goes on outside of the bedroom. They have established limitations and boundaries.

Now here’s the interesting part… Leslie is afraid that Bob will find the third party more attractive than she is, and Bob thinks that Leslie may like this trio or the third party a little more than she’s willing to admit. Leslie assures Bob that she is straight as an arrow—there’s no chances of her becoming a lesbian. “I believe people are born that way,” she stated to Bob.

Here’s my two cents, and then I will let my intelligent and insightful readers give their advice, like they did for Mr. & Mrs. Smith. (No relation to the movie!)

3.) Falling in love with third party (either party)

4.) Sex is better with the third party

5.) Bob or Leslie sneaks off secretly to meet third party

8.) Third party becomes an obsessed stalker of some sort

Please keep in mind, this is *only* my opinion of what I think of this scenario. I am not a doctor, psychologist or sex counselor. (That would be scary.) I have my own set of opinions that all of you out there have. So not only will my input count – but the people who are reading and/or can relate may help Bob and Leslie out even better.

I think of it like this… If you truly love your partner with all your heart, why would you want another person coming into that special union between you two? Even if the sex was getting a little mundane---spice it up! They have sex counseling all over New York. Play games in bed. Fill out little pieces of paper full of foreplay suggestions, and throw it into a hat. Each time you pick one, you have to act it out in hopes that one doesn’t ‘give in’ too soon. Role play. Oh come on—tell me none of you ever did this before? Come home pretending to be the plumber or handyman. She’s all alone in that big house and needs someone to fix her plumbing. Get me?

When two people are totally in love with one another, there’s no need for a third party in my opinion. Being “in love” with your partner/spouse/fiancé means that even if the sex isn’t all that—the emotional intimacy between the two of you will overcome whatever’s lacking. I’d rather have more emotional connection than just great sex. Sex is sex. You can get that anywhere. But when you are in love, and committed to one person, it makes it that much better. The bond strengthens and you become one with him/her.

I’m not saying that Bob doesn’t love Leslie enough, I’m just saying that maybe he should rethink this whole thing before he gets himself in a situation that he may soon regret. Fantasies are great---share them with her. But there’s a fine line between fantasy and acting out what has been acted out many times in your head. There are consequences that come along with all those fun ideas if acted out. I’ve even witnessed a good friend of mine lose her husband over this type of situation. The same can apply for Leslie. What if she thinks the third party has a stronger emotional bond? You just never know. Why risk it?

What are your thoughts for Bob & Leslie?