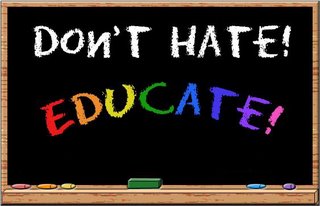 When I first came out as a lesbian, my friends and family were very supportive. Some friends I lost, but that’s when you know who your true friends are. I never pranced around and pushed my sexuality in other people’s faces. I was discreet, and chose to be that way. If someone were to ask me if I was gay, I would definitely tell them. I never made myself a spectacle just to draw attention. I knew I was gay since I was a little girl. At the age of nineteen, I was bursting to come out; I had to. I was living a lie and about to marry a man who loved me very much. I love him, but not the way he deserved to be loved. He was beautiful inside and out—the perfect man I could have ever married. I had to be honest with him, and let him go. I’m glad I did. The only thing I feel bad about, is how my church reacted to my lifestyle. They felt the need to change me. They thought 'laying of the hands' were in order. I don't think that would have cured me. 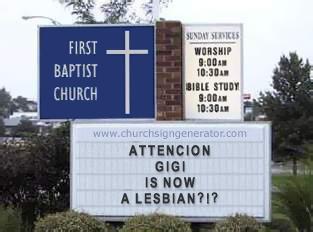 Coming out was really hard at times. There were different responses that led me to believe that there are some people you can tell freely, and others, where you would rather shut your mouth and let them think you’re straight. I used to go out to straight clubs with my friends who just heard the latest about me. Sometimes, they would take it upon themselves to approach the guy who was talking to me and say, “Oh, she’s gay.” It wasn’t their place to say so. He would look at me…blink a few times…and say, “WHAT?” Sometimes their reactions were too good, “Oh wow, really? Can I watch?” type of responses. Then there were men who were absolutely appalled by the news---thinking they would catch the gay bug if they were to continue talking to me. So it went both ways (so to speak) as far as people’s reactions.

I never forgot one girl who I dated. We’ll just call her “Kelly”. She was a Britney Spears look alike. (Now anyone who knows me long enough will know who I’m talking about.) She was absolutely gorgeous, but a little ditzy. She made me laugh, and we had fun when we went out together. She would turn every head in the club…mostly men of course. She constantly tried making out with me in front of everyone. I wasn’t comfortable with this at all. Her public displays of affection were way too much. It then dawned on me that she was doing it for the attention she got from other men. She was bi-sexual. That’s fine, I dated bi-sexual women before, but I didn’t want to play ‘bait’.

One evening, my sister came out with us to come dancing. Kelly kept trying to lock lips with me—in front of all my friends as well as sister. This didn’t sit well with me, so I kept squirming out of her vise grip.

“What’s wrong with you? If you love me, you’ll kiss me in public!” she screams out, insinuating my lack of interest.
“Kelly, my sister’s here, and I don’t feel comfortable doing this!”

My sister approaches us and sees the discomfort my face is revealing.

“Kelly, you know, even when my husband and I go out, we don’t have to kiss in order to let everyone else know that we’re together. Just because she won’t kiss you passionately in front of a ton of single men and her friends doesn’t mean that she doesn’t love you."
“Well then it means she’s embarrassed to kiss me in front of them!” Kelly says, as she continues to climb all over me.

Even with celebrities, I never understood the concept of drawing attention towards you in a light that isn’t even ‘you’. Look at Britney Spears and Madonna. They unnecessarily kissed in front of millions of fans and onlookers. I know that celebrities do it for the ‘shock value’ of it, but it really makes them look bad, when you know in fact they’re not gay. Okay, so it may bring up quite a few sales since they’re beautiful women, but what about later on in life when they have to explain to their kids why they did that. Attention getters make me cringe.

Even when I go out, I see two straight girls all over one another. Are they bi? Are they gay? Then I notice that they’re baiting their ‘men’ on the dance floor. Okay, everybody’s different. But what happens is, people associate ‘me’ with being an attention getter. They think ‘it’s just a fad for her, she’ll get over it, she’s not really gay.’ In fact, I hate the labeling. I do label myself, because I haven’t been with a man in over twelve years, and I don’t foresee myself living or marrying a man, due to my preference. But, I won’t rule out my future and say that would never, ever happen. It definitely can happen to anyone. I believe that if the ‘right person’ comes into your life while you’re single—you just never know.

I’m also against the huge gay pride parades. Women and men prancing around half naked with signs that say awful and crude comments—making other gays and lesbians look bad. They’re representing the gay and lesbian community in a tactless way. Why would you want to do this? This is exactly what the radical Christians think of us---and you’re giving them good ammunition! Some women are walking around topless—which 80% of them look much like what you would see hanging from an Italian deli. They advertise promiscuity for us. My friends all ask me to go with them to gay pride, and I always give them the same answer—with a question. “Why do you guys even go to that awful parade?” In my opinion, it’s not only dangerous to go to these functions, it’s degrading.

1. a high or inordinate opinion of one's own dignity, importance, merit, or superiority, whether as cherished in the mind or as displayed in bearing, conduct, etc.

2. the state or feeling of being proud.

3. a becoming or dignified sense of what is due to oneself or one's position or character; self-respect; self-esteem.

What an awful word the gay and lesbian community decided to adopt. I know it’s great to feel good about who you are and what you are, but the word “pride” holds such a negative impact to me. To be prideful is to be full of conceit; the opposite of being humble. I see pride stickers all over gay establishments and car bumper stickers. It’s as though they’re advertising their homosexuality. One day, I hope someone who’s heterosexual plasters a big sign saying, “PROUD TO BE STRAIGHT!” I wonder how homosexuals would feel. It’s ‘in your face’ and offensive—regardless if you like homos or heteros.

Whether you’re straight, bi-sexual, homosexual, metrosexual, whatever—be happy with who you are and who you're with, but try not to let pride get in the way of what’s really important: love.