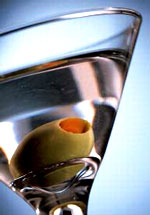 As most of you know, my love for alcohol goes way beyond the limits of moderation. It’s not my fault, it’s my parents. Yes, I’m blaming everything on my parents. My psychiatrist said so. Growing up in my Italian household, we always had red table wine with dinner, and scotch and brandy to relieve pain that any good dose of ibuprofen couldn’t handle.

Gas pain? Drink some beer to get the bubbles out of your chest!

Feeling down? Have a martini to lift your ‘spirits’.

Now granted, I wasn’t allowed to drink during my teen years, however sneaking booze in my bedroom had become a fine art. I mastered the tip-toeing through the tulips over to the dry bar-- raiding any booze I could dowse into my iced-tea. I usually had one of my best friends waiting in my bedroom to join me. Who wants to drink alone?

One night, my two friends came over. We were fifteen years old at the time. We got a hold of a six pack of beer and a few oil cans of Foster’s. (Foster’s beer look like oil cans.) We drank up, and being that we were fairly lightweights and underage, our bodies didn’t absorb most of the alcohol flowing through our fresh livers. My mother caught wind of our drunken behavior and came running upstairs to see what the ruckus was.

“Beer? Beer? You’re gonna get a potbelly if you keep drinking that!” Those words still echo throughout my head as I look down, to see the spare tire that has developed throughout the years. Sit ups and crunches only get you so far when there’s a nice cold one sitting on your counter.

Holidays and special events at our house were always fun. My aunt and uncle from Brooklyn would come over with fine scotch, pastries and other mixed up processed meats in casings. Uncle Tony was never without his scotch on the rocks, and my Aunt Madeline was right behind him, saying cheers to her sister…which happens to be my mother. The house would become louder, and louder, as the scotch bottle began to sink lower and lower—almost on empty. Then there was demitasse with Sambuka to sober them up after dinner.

It wasn’t too long, after my teen years, that I developed a love for wine. I started drinking wine right after I got out of work with my dinner. It was a daily ritual.

“Drink red wine—it’s great for your heart!” My mother would say, making any alcoholic beverage beneficial to one’s health. Red wine became white wine became martinis became shots of vodka with a chaser of beer. I loved anything that thinned out my blood and made me feel good.

“She’s having an anxiety attack! Here! Take a shot!” My mother would say, as she’s handing me the bottle of vodka. Of course it’s going to take away my anxiety…for the meantime. So in my head—alcohol took away anxiety and panic. It was my medication…still is till this day!

The only problem with this concept is, the alcohol takes away the anxiety for the meantime, but when you wake up the next morning with DTs, you’re going through a whole other type of anxiety. So you try to relieve the anxiety with alcohol to develop a worse anxiety attack. It’s a vicious cycle.

So as I’m sitting in my psychiatrist’s office trying to sort through why I have anxiety and panic attacks, he asked me, “Do you think you have a problem with alcohol?”

“No, I don’t…I enjoy it very much.”
“Do you feel it contributes to your anxiety?”
“Do you?”
“It may be the problem. You experience a panic attack and reach for the alcohol…right?”
“Right.”
“So, does this contribute to your anxiety attacks?”
“No, it relieves it.”
(Doc chuckles, knowing my warped sense of humor. I know where he’s going with this, but the thought of AA has me shivering.)

If I’m so concerned about my fluctuation with weight and my fear that alcohol is the culprit, what will happen if I did go to AA with all those donuts, pastries and coffee they serve during their sessions? They basically substitute your addiction for another addiction.

“Here---give me all your booze and I’ll give you a bag of candy!”

What’s worse? At least the alcohol will ease your anxiety and make you feel better. Candy? You’ll feel hyper and develop a bigger potbelly!

“Here, give me your booze and I’ll give you a twelve pack of Duncan Donuts!”

I think it’s great for those who attend AA and get the help they need. I think it’s also great when they don’t trade off addictions though. A good friend of mine went into detox, and then into a rehab to get rid of her booze addiction. So when she got out after 28 days, she gained 20 pounds. Not that there’s anything wrong with that, but she was so depressed and down over her weight, she started doing the vinegar diet. This diet basically eats up the lining of your stomach. She lost weight alright, but ended up with a few stomach ulcers.

Everyone has their own little addictions. Some people love to eat. Some love to drink. A lot of people love the internet. There’s always one thing in our lives that make us go overboard, forgetting any concept of moderation whatsoever.

Sometimes, when my girlfriend buys me a bottle of red wine, I think, “Does she want to share this with me---or can I just save this for an afternoon while I’m writing?” And believe me, one bottle of red wine doesn’t go very far with me. One bottle is basically 3-4 glasses. Easily!

Now my reasoning for cutting down the alcohol content is because I’m getting older, and my metabolism is saying, “You’re mutha’ was right! Stop drinking and do some crunches!” This is going to be one difficult challenge to keep my love for wine/martinis and beer in check. (Or just in moderation.)

What’s your addiction? And be honest!