The comments I received on my previous post were so interesting, with so many different views –mostly supportive which I want to thank everyone for. Fewer derogatory comments have been made (and you know I love viewing the people who think differently) but instead, I received quite a few opposing emails. Again, Mr. Anonymous has risen to the occasion to write me yet another heart-felt email. 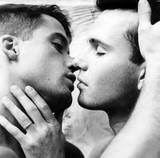 “Mr. Anonymous’ theology is as poor as his Biblical exegesis, which is in reality isogesis. Here are a few comments on Leviticus 18:22:The passage in the ancient Hebrew is clearly talking about male-male sex acts, specifically anal sex. The issue was penetrating an anus with a penis, this making the penis literally “unclean” to the point of forbidding entry into a vagina. I wonder if the same prohibition would not also apply to male/female anal sex?Using the word "homosexuality" in some English translations makes the text appear to condemn lesbian activity as well. The latter behavior is definitely not mentioned in the original Hebrew text of this passage. In fact, lesbian behavior is not mentioned anywhere in the Hebrew Scriptures.The term "homosexuality" has two distinct meanings in English. Sometimes it refers to sexual behavior (what some people do). Sometimes it relates to sexual orientation (what some people are). One reader might conclude from an English translation that homosexual orientation is criticized in the Bible; others might assume that homosexual behavior is criticized. However, the word "homosexual" was first used in the very late in 19th century C.E. There was no Hebrew word that meant "homosexual." Thus, whenever the word is seen in an English translation of the Bible, one should be wary that the translators might be inserting their own prejudices into the text."

Mr. Anonymous emailed me again, with comments and questions that were a bit unnerving. He even sent me a photo of him, claiming his name (which I will not reveal) trying to convince me I can change. I love it when men try to do this! And by the way, he is a very good looking young man, but he seems too ‘brainwashed’ for me. Here are some things he has written to me that I am copyied and pasted. I would show the entire email, but it’s too long, and too redundant of what I’m trying to get across. (His typos were plentiful, which takes up way too much time to correct for him…)

Mr. Anonymous: You live with your partner and you claim it's love.........When you get older what then? It's sad that you will pass up a life where you can claim children that have your blood and your DNA to see them run around and play with their little cousins and etc.......And for what? To be with the same sex and have nothing that belongs to you that’s your own flesh where they will continueto live your legacy?

Deb: And, as far as my partnership with the woman that I am with-----we plan to live our lives vacationing, having fun, working and enjoying life. We do not plan to have children. We could, however, adopt or go to other options such as artificial insemination...but we have so many relatives, nieces and nephews that we call our own. We're happy with that. There are many heterosexual couples who cannot have babies due to complications. Do you think heterosexual couples who adopt or choose not to reproduce are living a bad life?

Mr. Anonymous: I have no right to tell you that you’re going to Hell, but you sure are knocking at it's doors. You and your partner don't really care for each other, you just care to explore your temptations to see where it leads you.

Deb: Exploring temptations is one thing—but being in a relationship with a woman I love is another. I am not “exploring”, I did that in my late teens to early twenties. And no, I do not regret exploring, it was part of my past. I truly believe that the church that you go to has something to do with this ‘brainwashing’ attitude you put forth.

Mr. Anonymous: And do yourself a favor and get out of a Catholic church. Because you don't learn anything exception to tradition. You need to go to a church where GOD's presence is strong, and then you will hear his real voice call to you and you will know that what you are doing is very displeasing in his eyes.

Deb: First of all, I do not go to a Catholic church. I go to an Assembly of God---a born again Christian church. (Not sure why he thinks I still go to a Catholic Church after my other post!)

Mr. Anonymous: You asked, “Do you feel if a man marries a divorcee ( a woman who was married previously ) that God is okay with that?" Yes I do. Because GOD is a forgiving GOD and merciful.Not everyone is perfect, and GOD did make a man forevery woman and vice versa. That was why he removed a rib from Adam, to make a suitable partner. My mom got divorced when I was three, my brother four, and my sister five. My real father left us and ran out, he messed around with another woman, he did drugs and etc. My mom was left with three kids all by herself, but she never gave up on GOD. 5 years later, another man came into her life. He is now who I call a father, and even though they have their moments of disagreements and etc. They love each other, and I know that he will not be leaving anytime soon. Where does it say in the bible that marrying a divorcee is a sin?

Deb: I’m sorry that you went through that. Your mother has a lot of courage. In the bible, (and I do agree with you by the way) it says, "Matthew 5:31 You have heard that the law of Moses says, 'A man can divorce his wife by merely giving her a letter of divorce. But I say that a man who divorces his wife, unless she has been unfaithful, causes her to commit adultery. And anyone who marries a divorced woman commits adultery." Look it up. And, it's written in the Old Testament as well as the New Testament.

Mr. Anonymous: You are knowledgeable in the word, but your own interpretations are tactless when it comes to talking to a strong Christian who knows the difference between something morally right and wrong. I'm not young and naive. You are very judgmental and you twist the blame on others. That’s your weapon to fight off those who say that your lifestyle is wrong. But you are only leaving yourself open for a person like me to see that you are falling. I don't care about your lifestyle with your partner. To me thats an abomintaion, sick, immoral and anything in that genre. I don't care how many years you have, because either way, it's wrong. (Now I'm being judgemental!) I can only imagine what God will tell you on that day when you see the gates of Heaven. Because my words are nothing compared to his. And you can't compare yourself with me, because at least I understand and follow the laws of marriage between one man and one woman. As mentioned in the Bible by GOD himself. The laws of marriage remain, it's in both the New and Old Testament.

Deb: Love is love. Homosexuality in my opinion as well as beliefs is misinterpreted. So, if you want to debate homosexuality, and you are so passionate about your beliefs about marrying a divorcee, then you may want to evaluate which sin is worse. To me, you pick and choose your sin. It’s hypocritical. I can sit here and bash your mother for being a divorcee, but I won’t, because she had to do what she had to do… I don’t think badly of her. Does the “bible” consider it adultery? Yes. Can it be interpreted wrongly? I strongly believe so. As “Sometimes Saintly Nick” stated, “The passage in the ancient Hebrew is clearly talking about male-male sex acts, specifically anal sex. The issue was penetrating an anus with a penis, this making the penis literally “unclean” to the point of forbidding entry into a vagina.” We’re talking about the ‘acts’ of homosexuality and the promiscuous aspects of it. Love is love. Two men who love one another and two women who love one another is a beautiful thing—when in a healthy relationship—just as heterosexuals. Picking and choosing sins, especially trying to debate ‘adultery’ vs. homosexuality that is listed in the Ten Commandments does not hold a strong argument. 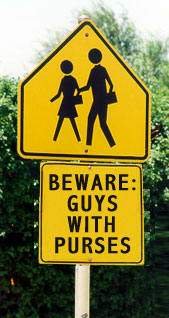 In closing, I just want to state that people who are constantly criticizing and judging one another for each other’s sin—it’s pointless. There are many interpretations and beliefs—even within one religion. You cannot change someone’s thoughts, unless they are weak in faith, nor can you tell “facts” about a faith, because that’s what it’s all about----“faith”. If you have a spiritual encounter with God, as I claim, it’s still about faith—but it made my faith much stronger. I could have been hallucinating or you could claim that the Ketel One martinis got to my head—whatever it was—to me it was real. But I cannot convince anyone else that it was. This is me.

This is how I feel, how I view God, how I love God, and how I love others who are different from me. I saw comments that said, “Well, why don’t I just marry my dog,” or “I might as well ask my cat to marry me too!” These remarks are ignorant, and uncalled for. There is nothing wrong with love between two consenting adults. And I emphasize on “two consenting adults”---whether two males, two women or a male and female. This has nothing to do with bestiality, incest, or pedophilia. If you cannot determine the difference, then you’re minds are very closed.