"We Don't Like Homosexuality & We Don't Have to Accept It! That's Our Human Right!" --Your Fellow Christian 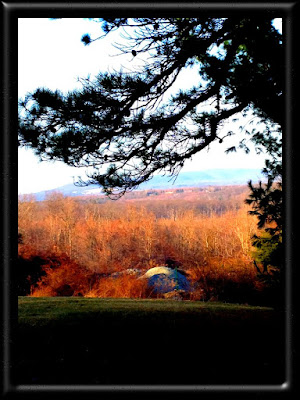 When I was little, I used to sit under this Japanese fir tree with a huge blanket and listen to my music. It was my favorite spot -- still is. Every single time I hear "The Logical Song", it reminds me of my favorite place in the world. For some reason, that song brings me comfort because it reminds me of a time when there wasn't any worry, fear, anxiety, stress or depression. I was genuinely happy. The words as I hear them today still resonate with me: "When I was young, it seemed that life was so wonderful, a miracle, oh it was beautiful, magical. And all the birds in the trees, well they'd be singing so happily, joyfully, playfully watching me." As a kid, I rarely listened to lyrics. It's the tune that brings back the nostalgic memories. As I grew older, I began to listen to the lyrics a bit more. It struck me that this song, these lyrics, were my life. And although I was never "sent away" -- the words still resonate with my being an adult and learning about different things, religions, politics, and so on. "But then they sent me away to teach me how to be sensible, logical, responsible, practical. And they showed me a world where I could be so dependable, clinical, intellectual, cynical. They're are times when all the world's asleep, the questions run too deep, for such a simple man. Won't you please, please tell me what we've learned -- I know it sounds absurd, but please tell me who I am... Now watch what you say or they'll be calling you radical, a liberal, fanatical, criminal. Won't you sign up your name, we'd like to feel you're acceptable, respectable, presentable, a vegetable!" 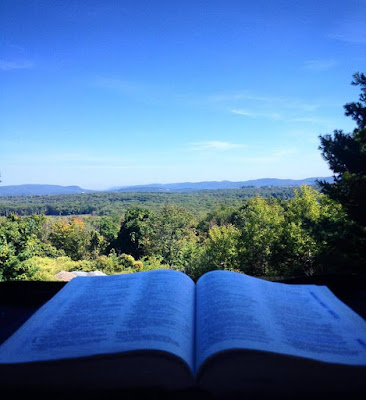 I truly never thought that having faith in God would be so complicated as I grew older. I didn't think I would have to defend myself or feel made ashamed of who I am. I struggled many times with wondering "who I am" and feeling less than "holy" by other people who prayed to the same god as I did. So I took my "religion" and converted it into a personal relationship with God. It was then I found the miracles that built the foundation of my faith. I started writing a journal about it and found that this journal became a book after some time. Soon after publishing my book, A Prayer Away From Healing, I discovered a new relationship with God that much stronger than the "religion" I belonged to.  I started to become much more open to new ideas, instead of relying on texts that were written many years ago which had been translated over 5,000 times. I started meditating on the Word of God instead of just reading it word for word in black and white. The words came alive and it was no longer a "book of rules" but a book with an amazing history with power in it. It was a book to guide my life, instead of a book to terrorize my life. I spend at least 2 hours per day meditating and praying while reading scriptures. There is no doubt in my heart, in my faith, that God is real and that God excepts you as YOU -- not as others try to expect you to be. And with that, comes acceptance of yourself in God -- to see yourself the way God sees you: amazing, perfectly made, flawless, vulnerable and yet very powerful.

Many Christians read the Bible blindly. Of course, they can say the same about me. One gentleman was trying to convince me that the scriptures in Romans, which speaks about lust and passions of the flesh was only about same-sex relationships when it clearly states that they were fornicating with anyone, male or female. It did not indicate anything of a same-sex committed relationship. Premarital sex for both heterosexuals and homosexuals is seen as a sin -- so are we all going to hell? Sodom and Gomorrah was about rape and not about homosexual sex or relationships. People have twisted these scriptures to fit their prejudices and hatred towards those who live different lifestyles. A loving and intimate union between two people is none of anybody's business to begin with. So why are we sticking our noses in the cracked doors of other people's bedrooms? Historically speaking, the Bible condemned interracial relationships and marriage, as well as our legal system. It was illegal for interracial couples to marry a little over 50 years ago. Women weren't allowed to vote. People's cultural prejudices have wreaked havoc on other people's lives for decades. As the song states, many Christian conservatives scream and yell out, "Liberal" as I go on sharing my thoughts and faith with the world.

Over on my Facebook account, I share my articles with everyone and especially to those who struggle with their religion vs. their sexual orientation. I get quite a few supporters as well as your haters. One lady named, Laura Jane Fifield left a little hateful message for us. Let me ask you this -- does this sound like a loving Christian message? Or does it sound like she's more prejudice than anything else? She writes (and I corrected her typos for your viewing pleasure), "We don't like homosexuality so stop trying to shove it down our throats. It's that simple. We don't want you married in our churches and we don't have to want nor accept it. That is our right as a human being so get married on a beach or somewhere else that's nice. If the Australian government makes gay marriage legal, then gays will be allowed to marry in our churches the one place where us Christians can get away from the things we don't want to accept. Now is that fair? I don't t think so! God said it's an abomination and that's whatI believe to be true. End of story. End of discussion. I don't like same sex relationships and I never will and no that doesn't make me gay. If you don't like drugs or people that do drugs, does that mean you're a junkie? Your theory is stupid."

Thank you, Laura. Let me ask you this... How many people in your church sit in the pews every Sunday morning like clockwork who have yet to admit their hidden sin? How many people have divorced in your church? How many people have had premarital sex? At what point does bullying other people about their sexual orientation make you feel more superior to everybody else? I believe that whatever you put up online, you should stick by it no matter what. If you say you love God -- spread it around like wildfire! But what if you post something that you may regret later on? What if you post something as hateful as your comment to me? And what if, your child becomes gay in 15 years and looks at the things you wrote? What will that do to them? No, I don't think you're "gay". I truly believe that you are angry -- very angry -- with either yourself or your life's situation. What makes someone want to tear down another person? If that was a "loving" message -- wouldn't you rather invite the "sinners" to your church and help them find God? Even drug addicts need saving too, but instead, you sort of brushed them off to hell.

The hypocrisy in many Christians seem to take hold of their thoughts, their actions as well take away from their relationship with God. Their mission to try and stop same-sex marriage has become primary focus these days. I cannot believe all the supporters that Kim Davis has. I mean -- doesn't her sin count as much as our "sins"? Even the Westboro Baptist Church made fun of her for continually sinning due to her ongoing new marriage. But see -- I don't believe that her new marriage is a sin since that's listed in the Old Testament. The scriptures referenced in the New Testament like Matthew 19 where it says that the permission of divorce was under a ban but declared that putting away another partner to marry another person would be considered adultery, but not in cases where there was infidelity. Do you really think that our lives are that "black and white" where we are condemned to these complicated rules by numbered scriptures that have been recorded years and years ago -- that have been translated 5,000 times?

Is is that simple?

And now my favorite song: The Logical Song.

For more of Deb's articles, please visit: www.debrapasquella.com or join her on Facebook and Twitter. Check out her cooking blog for some of her famous recipes!
at September 17, 2015