Blood Moon Eclipse, September 28th -- Is It the End of the World? 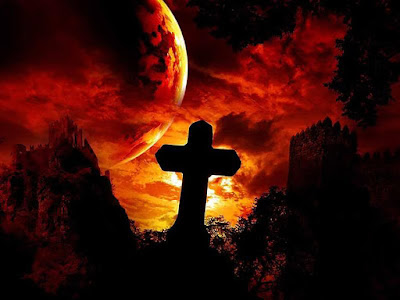 Years ago, I learned more about God through religion classes. They taught me about Jesus and all of the stories that were in the Bible. I learned about the Ten Commandments and of course, "right" from "wrong". I went through communion and confirmation, mostly robotically and merely doing it because I had to. But I already knew God, (so I thought) and from what my mom taught me. Back then, I only thought there was one God that was believed both by Christians and Jews. I didn't know about any other religion besides the rule of not worshipping any other gods other than my "own". So "my" religion became my "truth" and as hard as I tried to obey every command, I found out that I was only human...like everybody else. As I grew older, I didn't realize there were more "truths" within one religion. I didn't understand why some Christians believed "this" while others believed "that". There were divisions within the trinity faiths: Catholicism, Christianity, Lutheran, Baptist, Pentecostal, and more alike. Some prayed to saints while others only focused on Jesus. Born again Christians never wear crusifixes because they want to focus on the symbolic salvation -- not Jesus' brutal death up on the cross. I was reprimanded for wearing a crucifix at one of our Trinity Assembly churches. I was more or less "given a lesson" if you will, about how not to wear an actual sculpture made of gold of a "dead Jesus". But, isn't Jesus always alive? Isn't His death the reason we're saved? Why are we sugarcoating what He did for us -- why are we minimizing his great sacrifice for everyone? 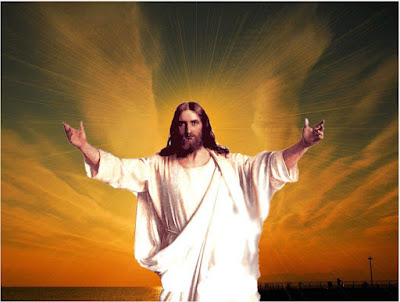 Later in life, I learned that by identifying God or Jesus by a materialistic symbol or envisioning Him even as a human figure would limit my understanding of God altogether. I realized that God was within me and not so much about praying and asking, "God, are you here? Can you hear me?" I believe that the 90% of our brain is occupied by God. That's why most of us haven't tapped into that portion as of yet. We still see God as some illusionary man-made figure that's not around unless we call upon Him. But this is only what I've learned and now believe. I sincerely believe we can have heaven on earth -- not in the sense of all of us dying and then God gives us a "real" new earth. It's different. It's a change -- or "shift" in our consciousness. 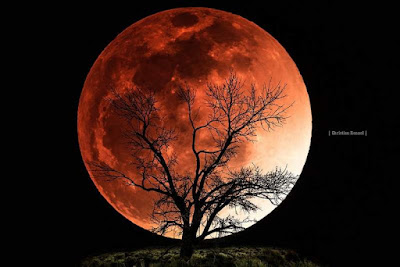 On September 28th, this coming Monday, the blood moon will appear. Not only is it the harvest moon, but there is also going to be a total lunar eclipse. For the trinity religions, this may signify the "end of the wold", and in the Bible the blood moon is referred in the book of Revelations.  There have been so many misinterpretations of the Bible that it sometimes gets frustrating to even have a set "religion". I have been seeing more and more people turn to atheism, because of all of the contradictories that religion and its followers have to offer.  But is it more about the religion or the followers? Followers of a set religion fight over their own beliefs! "Well, this is right and that is wrong, and that's that," type of mindset. And that's what it is: the mindset. We are so incredibly focused on mind-based religions -- the ones that conflict with everything that is spiritual. This shift that will be happening on Sept 28th has always been happening, but more so now. We are forced into evolving -- to what extent, I'm not sure. An esoteric shift like this one can only be felt by very few religious people. Many spiritual people will feel it and notice it. When you sit and read about religion, you are reading a manmade script that your mind is totally engrossed with. Rules, regulations and a whole lotta' contradictory. But when you read with spirit behind it -- pray and meditate before you open a bible -- then the truths come out. It has more meaning. It speaks to your own spirit -- your own inner being instead of your mind.

There are times when I write about my faith in God, that I encounter all sorts of animosity from other Christians. They're defensive and angry. I've offended "their" god. I have mocked "their" god. Anything that has an "I", "my", "mine", "our" -- is a form of egotistical behavior. They've equated their god into a form identity -- making him out to be some sort of huge "man" in the sky instead of having God right here with us now, in our hearts, in our minds, in our souls. If God was within them, they wouldn't be so defensive. By witnessing all the ugliness that Christianity (or its followers) had to offer, I went to seek out other means of learning about God and it wasn't the conventional way either. I learned that God isn't only found in our churches, but He's everywhere and always with us. You don't have to act "religious" in order to have a perfect spiritual alignment with Him. You just have to be human with a whole lotta' faith. And this is where the shift begins. 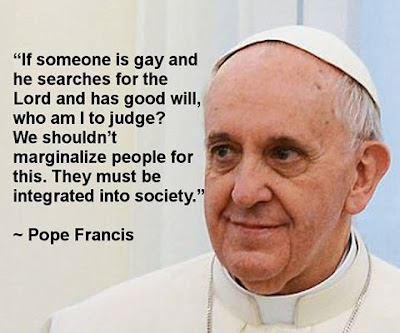 The old earth will turn into the new earth. Look at our pope for example. He is a progressive teacher of the truth who isn't condemning people to hell, but saying, "Who am I to judge?" Recognition of same-sex marriage has become legal in all 50 states. More and more, people are seeing that gender plays a small role in the bigger scheme of things. We're genderless when it comes to passing on into a new world with God or in "heaven".  The realization that "love is love" has recently emerged and there are some Christians who are very upset over this. Once again, they're defensive because they feel we are mocking "their" god --- more so, we are mocking their ego. By simply saying that homosexuality is not a sin, their ego has identified that if it isn't a sin, then perhaps they are homosexuals as well. So the defensiveness behind it is only about their own selves -- not about what's "right" or "wrong" -- because there is no right or wrong, there is only unconscious and mindless flaws or "dysfunctions" in life. 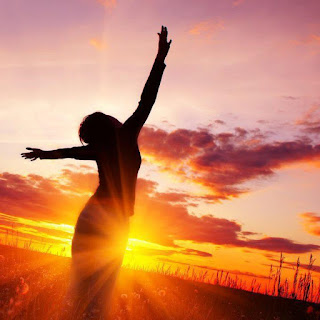 The great shift is here, whether you feel it or not. I'm choosing to remain open-minded, receptive to every single change, loss and gain. I'm letting go of attachments, and clinging onto more substantial matters in life. It's funny, because I ran into a wonderful woman who tailors my clothes for me. Even though she's Jewish, she is extremely opened about religious topics of any kind -- more so "spiritual topics". It was recently her "new year" and she said, "Do you feel it? Do you feel the shift?" And I did. She was shocked that another person was conscious of it.  There's some kind of change in the air -- and I'm not talking about the change in the weather -- but a shift in our spiritual consciousness that allows us to learn more from a more spiritual realm rather than just black and white text that says "right" and "wrong". It's much deeper than that.

Do you feel it?

For more of Deb's articles, please visit: www.debrapasquella.com or join her on Facebook and Twitter. Check out her cooking blog for some of her famous recipes!
blood moon Christianity end of the world faith God Jesus love lunar eclipse religion revelations