Kim Davis, Josh Duggar and the Westboro Baptist Church Walk Into a Bar . . .

Don't you just adore "Christian love"? I think what I love most about Christianity is the patience, kindness, unconditional love, tolerance and the fact it keeps no records of wrongs. I love how it is not easily angered or promotes any feelings envy. As you can see, it doesn't delight in evil, but rejoices with the truth. It protects, trusts, always hopes and perseveres. (Now where have you heard that before?) Even in my last article, I had a ton of people bashing me for my lifestyle saying things like, "You're disgusting" and "You're going to hell" as well as saying that I was a "sick pervert".  Most typed with big caps, letting me know how passionate they were about their hatred towards me. They call themselves "Christians" but act like their 8 year old bullies out on the schoolyard. When straight Christians invest so much time and energy focusing in on the gay and lesbian lifestyle, the issues run much deeper than just Christian ridicule. It borderlines the psychological veil of their own mirrored image. We hate what we hate in ourselves. And when we have any sort of hatred within ourselves or for ourselves, we cannot love anybody else. If you think about it, religious people often feel guilt-ridden and shameful. They try to live the perfect life, and end up finding out that they're only human. So by demanding that perfect life, they chant and protest and ridicule everybody else who is not living according to biblical scripture -- (or their cherry-picked versions of it), leaving them to outwardly hate, which is only derived from their innermost core. 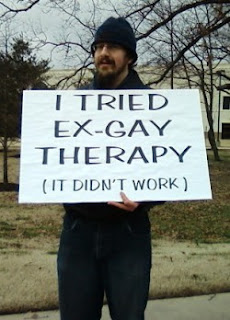 In the past year, I have had very judgmental Christians rebuke me, and then privately email asking me the most awkward questions. All of them who have said that they either were an ex-gay or that they have hidden desires to be with their own gender, but are trying to live for God. All of these people were hardcore Christians slamming every one of my articles that were of the LGBT nature. But once they started to talk with me via private message, they all revealed their commonality with me: their homosexuality. It's no surprise that what you resist persists. And while temptation and sin are elements to persist -- homosexuality isn't a sin. Homosexuality in the bible is a term used for promiscuity and a twisted version of rape (Sodom Gomorrah). As I rely on the bible myself, I do realize that it was written by man and "inspired by God" -- but you have to take into consideration that this book was also a means to conform this world into a "moral society" with no margin for error. There are so many misinterpretations and translations that everyone reads each passage quite differently. Why is that? 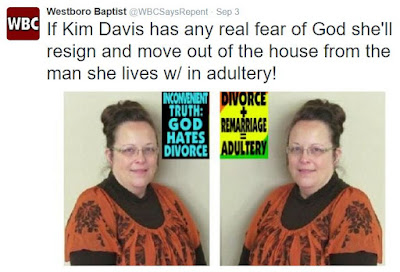 When I heard about the Westboro Baptist Church protesting against Kim Davis, I nearly spit out my coffee onto my laptop screen in laughter. And it's not that they're siding with the LGBT community about giving out marriage licenses -- it's about Kim's continuous "sin" as she points out to us. See, in the bible it specifically states that if you remarry someone while your ex-spouse is still alive, then you are committing adultery with that new person. Unless your ex-spouse is deceased, then you are permitted to remarry. Kim Davis has four divorces under her belt. But that doesn't keep her from publicly rebuking gays and lesbians. "She repented."  And just like I said, as well as the Westboro Baptist Church recently stated, she cannot repent of her sin if she is actively intimate with someone else who isn't her first husband. But see, biblical scriptures are messy and convoluted. I don't believe that everybody is going to hell if they divorce their spouse or if they're enjoying a nice lobster dinner because well, it says it's an "abomination". And even with "moral laws" -- Jesus had abolished the Old Law once he was sacrificed on the cross, in Galatians. 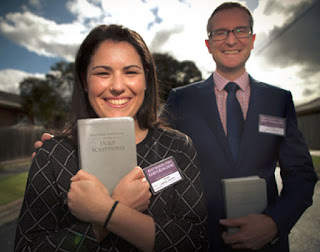 Your behavior and the way you treat others is what predicts your standing with God -- whatever God you pray to. Not everyone is a Christian. And if you're looking to convert someone over to Christianity, then your behavior is everything. The way you treat others will show them how loving this religion is. But why do Christians feel superior over other people? Jesus was never like that. God gave us "choice" and "free will" -- but His own people are not giving people choice or free will -- they're giving everyone the guilt trip under the guise of "God's wrath". They're giving us "it's our way or the highway" attitude. They're not trying to save people -- they're trying to cover up their own messy set of skeletons in their own closets. Look at the infamous antigay Josh Duggar... All that bickering about how sinful the gays and lesbians were and here he is, a child molester and an adulterer on top of that. Once people realize that we are all connected in this vast cosmic way -- it'll never sink in. They're not spiritual at all. They base their "spirituality" on black and white text and third dimensional 'see to believe' types of theories. They want everyone to fall in line with their scriptures, whether you're Christian, Atheist, Muslim or Buddhist -- if you do not conform to their rules, then they will "stand firm" and protest and even go to jail based on their cockamamie beliefs. 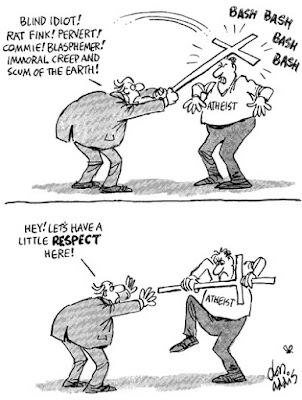 So let the Christians protest against the Christians while the real Christians are home minding their own lives and becoming better people by the way they treat others. Don't get me wrong, I have had a lot of my own readers either email me or tweet that although they disagree with the homosexual lifestyle, that they still loved me and would always respect me as I am. Once you truly approve of yourself and know who you are in God's eyes -- nobody else's "issues" will bother you anymore. And if they do, the best thing to do for them (if you think they're sinners) is to pray for them. Playing the role of God doesn't do anything but divide people. If you're selling something (especially your religion) you don't want to yell and insult people -- you want to draw them with honey rather than vinegar. But, unfortunately, many antigay Christians are way too focused on our lifestyles (as well as their own desires) to ever come to terms with respecting other people. They haven't grasped that concept yet. What's the golden rule? Do unto others? I don't think that'll ever happen until people are finally OK with themselves and their personal relationships with God Himself.

Let God do the judging.

For more of Deb's articles, please visit: www.debrapasquella.com or join her on Facebook and Twitter. Check out her cooking blog for some of her famous recipes!
homosexuality Josh Duggar Kim Davis LGBT Westboro Baptist Church