Freedom of Speech: Respect My Beliefs & I'll Respect Yours 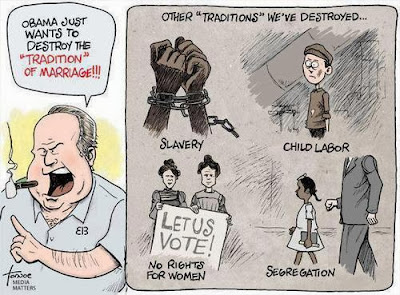 In my previous post which I put up on my Facebook page got a lot of hits regarding this topic. One lady by the name of Christina Mercer Acors decided to leave a comment. She first stated, "As you expect to be respected…respect our beliefs also." Then she went on to say, "Why should someone be surprised at a Christian's opinions? It's just a matter of the government and the media cowering to a select group."

Here's my thoughts on that…

Freedom of speech is a beautiful thing. We can say what we feel, we can say what we believe and not be penalized for it to some degree. But when does it come to the point where our beliefs and opinions, and yes, our "freedom of speech" causes violent behavior towards a certain group or have rights taken away from people who just want to have equality? Your beliefs are your own, but once you throw your cherry picked scriptures and cast them out with your vile opinions, making others feel horrible about themselves and worse off, having their legal rights taken away, then yes, it does become an issue. If your beliefs are stated on a public platform, say celebrity status regarding gay marriage and how it shouldn't be legal for us to marry the one we love --- that can have a ripple effect causing much harm to our community. This is why this entire Phil Robertson thing is out of control. But then again, who is really gonna listen to some hillbilly who spews out why men shouldn't be gay. "Women have vaginas." Nice. I doubt anyone would really take his commentary seriously, and if they do, it's more or less a downgraded version of Deliverance giving you inspiration to hate those who are different than you. As he said, he didn't prefer anuses. Many heterosexuals do prefer anal sex and that seems to be perfectly fine. Bigots focus on the sexual aspect of gays and lesbians, not the relationship or loving marriage and family units of them. Tells you where their minds are at. 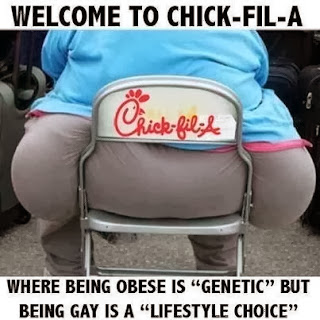 Thousands were in a long line at every chain of Chick-fil-A waiting to buy a chicken sandwich just because they wanted to show their support for the antigay owners since they had such a huge backlash from gays and lesbians as well as supporters when they publicly announced that they were against gay marriage. As I watched lines of cars flowing out of their parking lots and into others just to demonstrate their distaste for homosexuals, that kind of made me sad and made me realize how many people out there are incredibly prejudice. If gay marriage is such an issue to you, then don't marry a gay person. All those supposed "Christians" also seem to forget that 50 years ago, interracial marriage was illegal. They based their comment on their religious beliefs. I'm sure gluttony was one of their sins. Doesn't it say somewhere in the bible that your body is a temple for the Holy Spirit? This next list is meant to be read in a sarcastic tone. Enjoy.

Here are 12 reasons why gays shouldn't be allowed to get married, taken from "Another Part of Me":